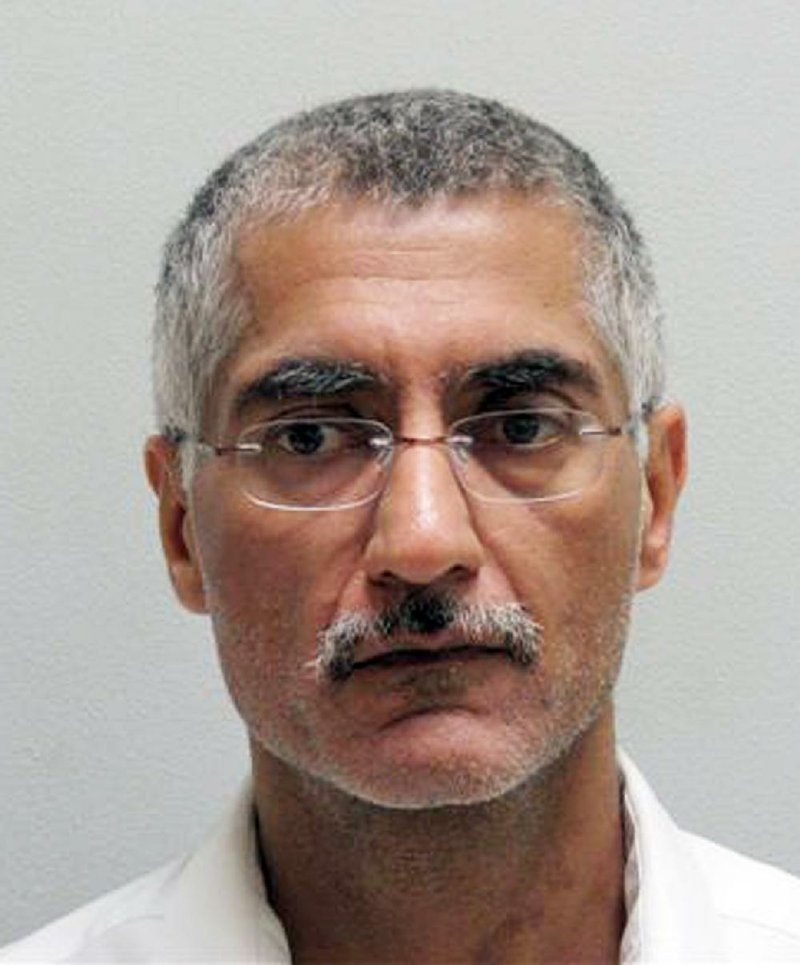 A dispute over the fate of 94 high-end firearms that were left behind when former Russellville physician Dr. Randeep Mann went to prison will be decided on written filings instead of courtroom testimony, the parties decided in abandoning a plan for a two- or three-day trial that was to begin Monday.

Chief U.S. District Judge Brian Miller was expected to hear testimony and courtroom arguments this week before deciding whether the weapons -- one shotgun, 83 machine guns, eight silencers and two receivers -- should be turned over to the federal government or sold to collectors, with proceeds going to either Mann's wife, the victim in the criminal case, or both.

Instead, the parties jointly submitted lists of 36 agreed-upon facts concerning the machine guns and parts, and 20 agreed-upon facts regarding a 12-gauge shotgun, and asked the judge to consider those along with each party's arguments, outlined in written briefs, to decide how to resolve the forfeiture effort.

The government initially sought permission to keep and destroy the firearms, which aren't illegal for individuals to own if they are properly registered, as they were to Mann, but that prosecutors say became illegally possessed by Mann's wife when Mann was incarcerated and no longer in control of them.

But Trent Pierce, the victim of a 2009 grenade explosion that led to a federal investigation of Mann and the subsequent seizure of the guns, objected to destroying the valuable collectors' items that, if sold, could generate $1 million to $2 million to apply to a $122.5 million judgment he won against Mann.

A Crittenden County Circuit Court jury awarded the judgment, consisting of both compensatory and punitive damages, after finding in favor of Pierce and his wife, Melissa, in connection with a lawsuit the couple filed against Mann over the bombing. The civil trial was heard after a federal jury convicted Mann in 2010 of several felonies related to the bombing, primarily using a weapon of mass destruction.

Mann was sentenced to life in prison without the possibility of parole. His wife, Sangeeta, was convicted of helping him obstruct the investigation, and served a year in prison.

Pierce's attorney, Robert Cearley of Little Rock, said Monday that attorneys had for weeks discussed the idea of submitting stipulated facts and briefs instead of having a bench trial, but the details didn't get worked out until late Friday, and then the parties had to submit the plan to the judge, who agreed and canceled the trial.

Cearley said the Pierces want Miller to appoint a trustee to take possession of the guns, which are being kept in a secret government location, and have them appraised and sold.

Cearley said the restitution that Miller ordered Mann to pay Pierce as a result of the criminal trial has been paid, thanks to a long-term disability insurance policy that Mann took out because of advanced osteoarthritis in his left shoulder. The policy pays out roughly $20,000 a month, with half going to Sangeeta Mann and the other half being applied to the $1,105,281 restitution order.

Part of the restitution order required Mann to re-pay several insurance companies that covered Pierce's medical bills and replaced his vehicle, which was destroyed in the explosion. But the companies were second in line after Pierce, and they haven't yet been fully reimbursed.

The civil judgment, on the other hand, remains unpaid, and the guns are believed to be Randeep Mann's most valuable assets.

But Sangeeta Mann contends that under Arkansas law, she is entitled to half of all of her and her husband's marital property, which would include half the proceeds from the sale of the guns. Though she filed for divorce shortly after her husband was sentenced to life behind bars, the case remains open in Pulaski County Circuit Court, with no action having been taken for years.

Sangeeta Mann's attorney in the gun case, Jeff Rosenzweig of Little Rock, said Monday that, "Our position is none of these guns were used in a crime," and all of them were purchased by Randeep Mann during the marriage, which makes them marital assets.

Randeep Mann also contends that the guns shouldn't be seized because they weren't implicated in any crime. He has also asked that the collection be sold, with the proceeds going to his wife.

Federal prosecutors have cited Randeep Mann's outstanding petition for post-trial relief in arguing that the gun collection shouldn't be surrendered because it might be needed for a retrial if Mann's convictions are ever overturned. Mann claims in the petition that he should be granted a new trial because his civil rights were violated during his criminal prosecution.

Prosecutors say that all the machine guns were registered under the National Firearms Act to Mann or his business, Exotic Weaponry. They contend the weapons should be forfeited because, even though they weren't involved in the explosion, they were part of a crime when Sangeeta Mann continued to keep them in the couple's Pope County home after her husband was in jail and prosecutors had warned her to turn them over to a federal firearms licensee. When she didn't, federal agents seized them in August 2009.

Rosenzweig contends that Sangeeta Mann was letting attorneys handle issues with the guns, which she kept locked up in gun safes in the basement and didn't handle.

The shotgun, which had at one point been legally owned by Randeep Mann, was seized by federal agents during the execution of a search-and-seizure warrant at the Manns' home in March 2009. Due to a change in gun laws before the March 2009 raid, the shotgun had been reclassified as having "no sporting purpose," which the government contends Randeep Mann was aware of, making his possession of the shotgun in March 2009 illegal.

Assistant U.S. Attorney Cameron McCree, who is pursuing the forfeiture action, said in a document filed last week that while it's true that under Arkansas law, all property acquired by either spouse during the marriage is considered marital property, "Arkansas courts have said that 'the law regarding marital property does not apply in situations other than divorce.'"

He noted that the 8th U.S. Circuit Court of Appeals, which is based in St. Louis and has jurisdiction over federal cases in Arkansas and six other states, similarly "has refused to apply divorce law when deciding whether a spouse has standing to challenge the forfeiture of property belonging to the other spouse."

Miller hasn't indicated when he might issue a written ruling in the case, but Cearley said he wouldn't be surprised if the ruling comes out within a matter of days.