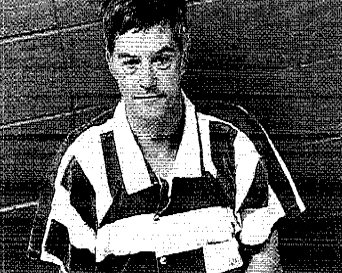 An online inmate roster for the Faulkner County jail lists Baker, 59, as being released Saturday morning. It says bail for Baker, who now teaches music at the University of Central Arkansas, was set at $1,395.

The online roster displayed someone else's picture beside Baker's name. A sheriff's office employee said the office was working to correct the problem Saturday afternoon.

Baker was arrested by Conway police on charges of driving while intoxicated, refusal to take a breath test and driving left of center.

Baker, a Conway Republican, did not immediately return a phone message seeking comment.

Bud Cummins, an attorney who has represented Baker in an unrelated federal criminal investigation, said he had no comment.

Baker, who also is a lobbyist, helped raise money for former Circuit Judge Michael Maggio's later-halted campaign for the Arkansas Court of Appeals. In January 2015, Maggio pleaded guilty to a federal bribery charge and implicated two other people -- his fundraiser and a nursing-home owner -- in a plea agreement that did not give their names.

Baker and nursing-home owner Michael Morton have denied wrongdoing but have said they believe the plea agreement was referring to them. Neither Baker nor Morton has been charged in the bribery investigation, and Maggio is appealing a federal judge's decision refusing to let Maggio withdraw the guilty plea.

When Baker was a state legislator, he actively opposed some private-club liquor permits in Conway. Faulkner County does not allow the sale of alcoholic beverages, but numerous restaurants there now have permits to serve them.