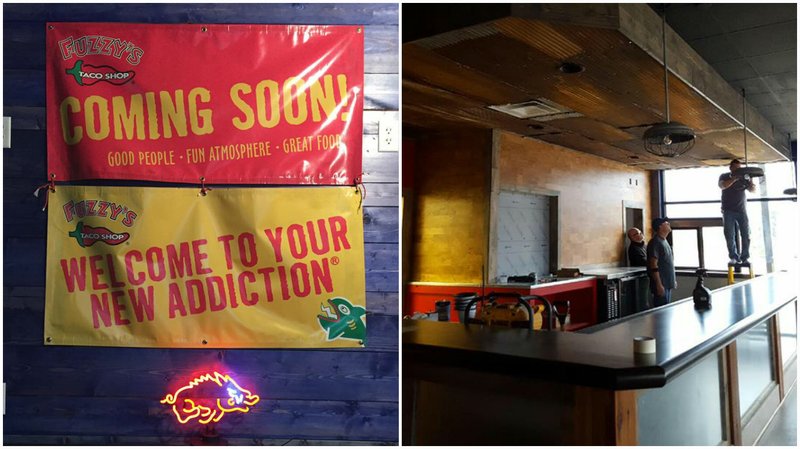 The first Texas-based Fuzzy’s Taco Shop in central Arkansas is tentatively set to open in mid-December, one of its co-owners said this week.

Owner Danny Wintz told Arkansas Online in July that he'd hoped to open the chain's Jacksonville location at 140 John Harden Drive in November. The eatery is now planned to open in about two weeks.

"We are shooting for the 15th," Wintz said Thursday. "Looks like things are coming together pretty quickly now."

Photos taken inside the Fuzzy's 4,900-square-foot location show much of the interior work complete, with brightly colored yellow-top tables featuring the chain's logo already in place. Work was also ongoing earlier this week on the restaurant's bar area.

Wintz previously said up to five additional locations over a five-year span are being considered in Pulaski, Saline and Faulkner counties, including cities such as Little Rock, Benton and Bryant.

Another Fuzzy's location is set to open this month in the state's northwest at 4204 South J.B. Hunt Drive in Rogers.