An Arkansas man is accused of breaking into the same pharmacy four times within a month, resulting in thousands of prescription pills being stolen.

According to the affidavit, Hanvey is accused of using an object to break into a side window of MedCare Pharmacy at 2521 College Ave. in Conway each time before stealing medication.

On Oct. 15, a burglar stole promethazine, used to treat allergies and motion sickness, from the drugstore, filings show.

That same burglar then reportedly burglarized the same pharmacy again Nov. 4, using a hammer to bust out a board covering a window before taking about 3,000 pills of alprazolam and clonazepam, both used to treat anxiety and panic disorders, according to the affidavit.

The affidavit notes that a third, related burglary occurred Nov. 12, when pain relievers acetaminophen and suboxone as well as cough suppressant cheratussin were stolen.

A day later, the pharmacy was broken into again, but the burglar fled upon the arrival of a responding police officer. Nothing was believed to have been stolen.

An investigator with the Conway Police Department said Hanvey initially denied involvement in the burglarie, but later admitted to being involved in at least one, also telling authorities that he had an addiction to Xanax, a brand name for alprazolam.

Hanvey was being held at the Faulkner County jail in lieu of $20,000 bail as of Wednesday afternoon, according to an online inmate roster. He has a court appearance set for Dec. 27. 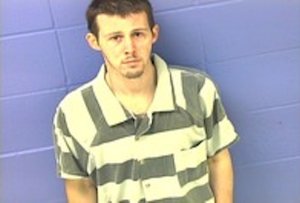