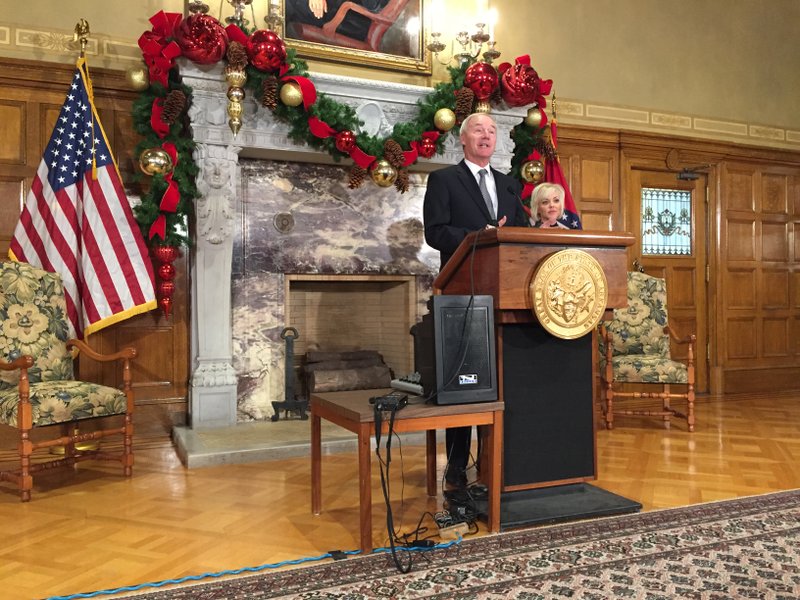 Gov. Asa Hutchinson at a news conference Thursday announced the creation of an education grant that will provide funding for students who enroll in “high demand” fields of study.

The program, called the Arkansas Future Grant, will offer two years of tuition at Arkansas community and technical colleges for traditional, home-schooled and non-traditional students on a first-come, first-serve basis. Those students will have to enroll to study in a “high demand” and “high wage” field, such as welding or computer science.

The grants will not require new funds, as the money will come from a repurposing of the $8.2 million allocated to the state’s Workforce Improvement and GO! Opportunities grants, Hutchinson said. Those two existing programs will be canceled, though money already promised to current students will be honored, he added.

The Arkansas Future program is a “last dollar” grant, meaning students are to look for other means of funding first, the governor said. Each student will be paired with a mentor, which will help their chances of success, and they also must perform eight hours of community service a semester, Hutchinson said.

In the past, students in grant programs that just provided money would sometimes quit before getting their degree, Hutchinson said. The GO! Opportunities grant currently has a 77% non-completion rate, he said, so giving students consistent one-on-one mentorship will hopefully encourage more of them to make it to graduation day.

Roughly 43 percent of Arkansans have a degree or certification more advanced than a high school diploma, the governor said. His goal is to raise that number to 60 percent by 2025.

Those that benefit from the program must work full time in Arkansas for a minimum of three years after graduation, Hutchinson said, because “the goal is to meet the growing economic needs of our state in high-need areas.”

“The key is that they’re not abandoning the state and going elsewhere,” he later added.

The program is available to recent high school graduates but also to those who are home-schooled and older, non-traditional students. Hutchinson said he recently spoke with a group of minimum-wage workers about the prospect of getting money to go back to school, and “they were all smiles.”