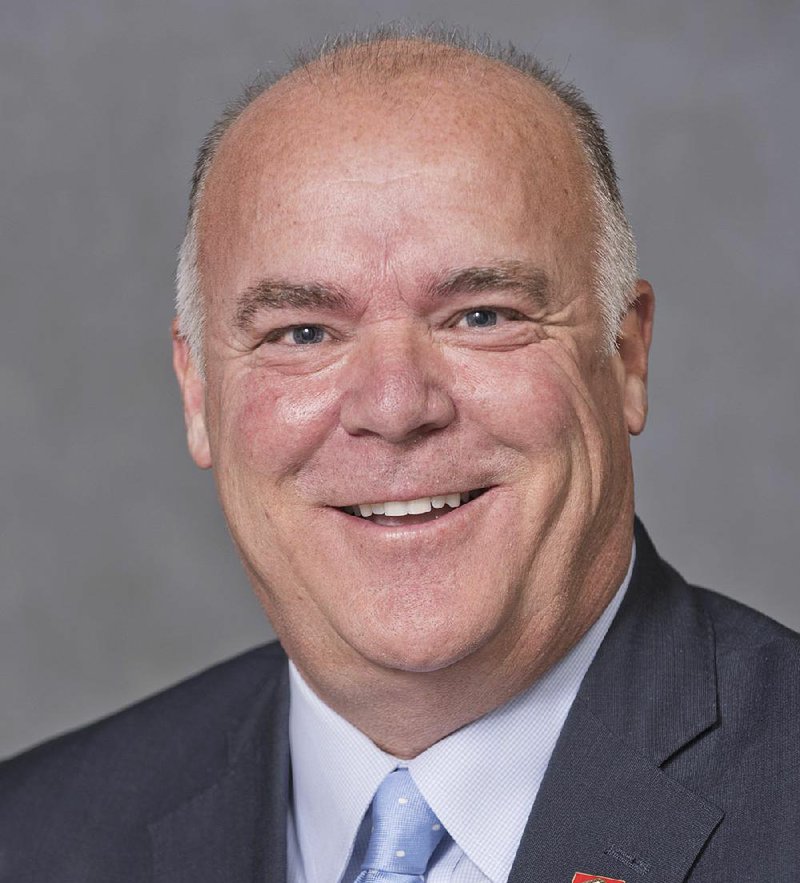 Rep. Joe Jett of Success on Friday became the third House Democrat to switch to the Republican Party since the Nov. 8 election.

The move means Democrats no longer have a majority on the House Revenue and Taxation Committee of the next General Assembly. When the committee meets during the regular session that starts Jan. 9, it will have 10 Republicans and 10 Democrats.

"This is not a decision I made lightly," Jett said in his statement. "I have given this a considerable amount of time, thought and prayer. I was encouraged to move forward after meeting with constituents throughout District 56."

Democrats, on the basis of seniority, had worked together to take control of the Revenue and Taxation Committee during a session last month. Jett has been chairman.

Tax cuts are expected to be a source of contention in the upcoming session.

Democrats had said that control of the House tax committee would allow them to influence decisions on whether the Legislature should cut taxes and, if so, which taxes to cut.

Gillam called Jett a "good friend" whom he welcomed to the party. Gillam said he did not promise Jett he would continue to lead the committee if he became a Republican.

In phone interviews Friday, Democrats on the Tax and Revenue Committee said Jett's switch -- while not entirely unexpected -- left questions about the balance of the committee they had made a deliberate attempt to control.

"It's not how I wanted to end my Friday," said Rep. Greg Leding, D-Fayetteville.

With an equal number of Democrats and Republicans on the committee, neither party can pass legislation or block the others with a straight party-line vote.

Had he known the committee makeup would end in a tie, Leding, whose district includes the University of Arkansas' Fayetteville campus, said he would have rather stayed on the House Education Committee.

Republicans on the committee said they weren't sure how -- or if -- Jett's decision would affect tax policy.

"Joe has always been pretty conservative in his tax policy, so we see eye to eye for the most part," said Rep. Jim Dotson, R-Bentonville. "I don't see that changing now that he's a Republican."

"Ten to 10 is going to make it interesting, but I believe the minority leader, Michael John Gray, is also focused on responsible tax policy as well, so that's encouraging," he said.

Gray said Friday that he did not expect a gridlock despite the even numbers of Democrats and Republicans on the committee.

"We are not there to be obstructionists," he said. "We were not looking to use the majority to be anything other than just reasonable and responsible legislators having an opportunity to look at things and make sure tax policy benefited Arkansans."

Democratic control of the House Revenue and Taxation Committee had angered some Republicans.

After the move by House Democrats, the Arkansas Senate changed its rules to prevent Democrats from using seniority to get majorities on Senate committees.

Gov. Asa Hutchinson has said he would ask the Legislature to enact a tax cut that would become effective in the last half of fiscal 2019. The tax cut, to take effect Jan. 1, 2019, would reduce general revenue by about $25 million in fiscal 2019 and by $50 million the next fiscal year.

He has said he prefers cutting individual income tax rates, but he hasn't decided what tax cut he'll propose.

Gray said Democrats want tax relief "for people who need to see in their income." That could include sales tax relief on certain items or a tax break for teachers who purchase supplies for their classrooms.

"I think there was ways to look at tax relief that transcend income taxes," he said.

Republicans now control 76 seats in the 100-member House and 26 seats in the 35-member Senate. Democrats hold the remaining seats.

Reps. Jeff Wardlaw of Hermitage and David Hillman of Almyra were the other lawmakers to switch from Democratic to Republican. Both said they changed parties to better represent their districts.

After Democrats lost control of the House in 2012 for the first time since Reconstruction, Leding, who was then serving as minority leader, said he developed a good relationship with Jett and asked him to serve as minority whip.

"I don't begrudge anybody who feels they are truly out of place in their party," Leding said. "But anyone who switches party because they fear losing or they feel uncomfortable in the minority party or they want a status title, those are the guys who give politicians bad names."

Gray said he planned to recruit a Democratic opponent to face Jett in 2018.

And in a statement, the Democratic Party of Arkansas blasted Jett for his decision.

"Rep. Jett disappeared from Democratic politics after 2014, and lacked the courage to change political parties before the November 2016 election," said H.L. Moody, a spokesman for the party. "But, it doesn't take an ounce of courage to abandon your party or sellout your values when you're outnumbered."

During the state Republican Party committee meeting last weekend, Chairman Doyle Webb said the number of Republicans in the Legislature could grow further.