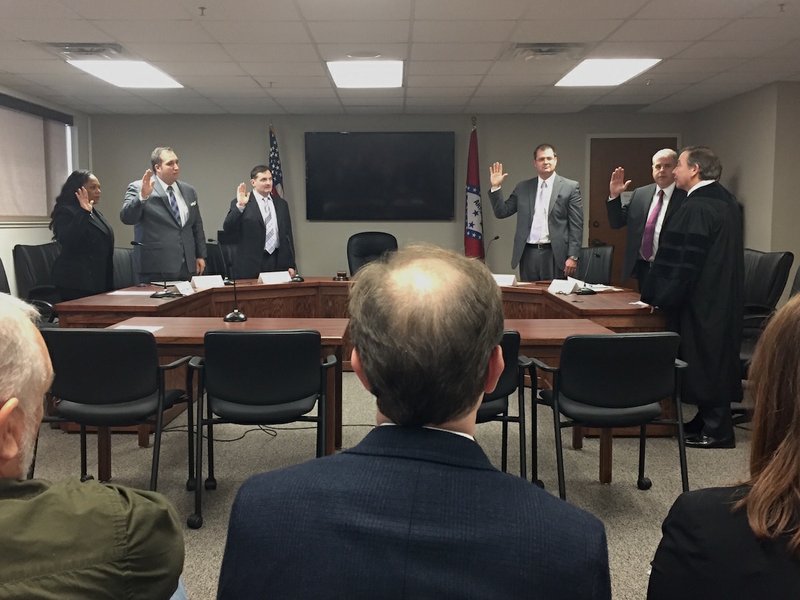 Members of the Arkansas Medical Marijuana Commission are sworn in Monday, Dec. 12, 2016 in Little Rock during the commission's first meeting.