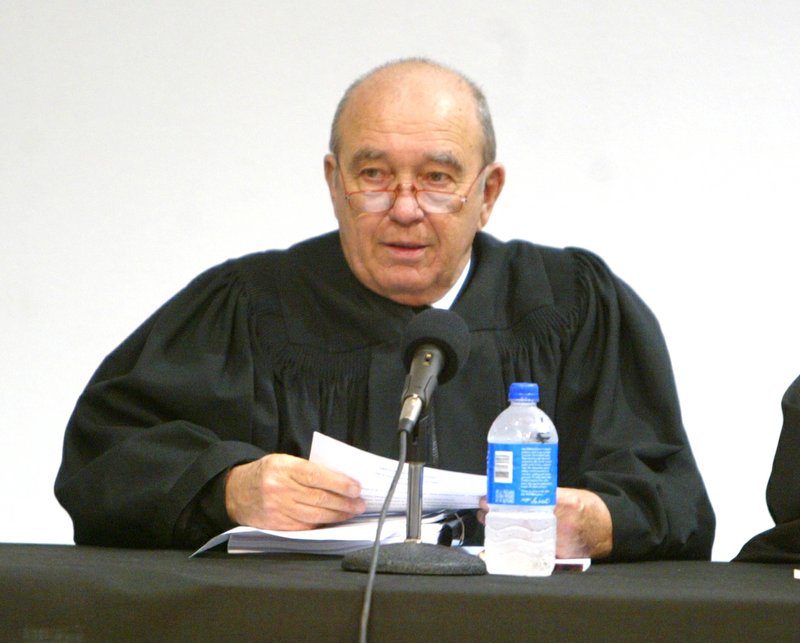 A man whose career as a state legislator and appellate judge spanned 44 years died Monday night at the age of 78.

He died shortly after 9 p.m. Monday at home after complications from congestive heart failure.

During his tenure on the Supreme Court, he handed down several groundbreaking decisions holding government actions — or inaction — to be in violation of the state constitution, with Corbin always in the majority and often the author of the opinions, according to an article by Ernest Dumas for The Encyclopedia of Arkansas History & Culture.

In 2014, Corbin had a bitter disagreement with other justices whom he thought had connived to avoid rendering a decision in the controversy over legalizing marriages of same-sex couples. The Arkansas court delayed its decision until June 26, 2015, when the U.S. Supreme Court made same-sex marriage legal nationwide through its ruling in Obergefell v. Hodges.

The son of butchers, Corbin grew up primarily in southwest Arkansas — in Hot Springs, Lewisville and Texarkana — with a short stint in southern California.

He went to the University of Arkansas in Fayetteville in 1956 but left three years later to join the U.S. Marine Corps. After his military service, Corbin returned to Texarkana and eventually earned a bachelor's degree in history and sociology in 1963 and law degree at the university in 1966.

Corbin ran for a state representative seat and won in 1970. He served in the House for 10 years before running for a seat on the Court of Appeals.

Corbin served for a decade on the appeals court, the last four years as chief judge, and was elected justice of the Arkansas Supreme Court in 1990 to replace Justice John I. Purtle, who retired.