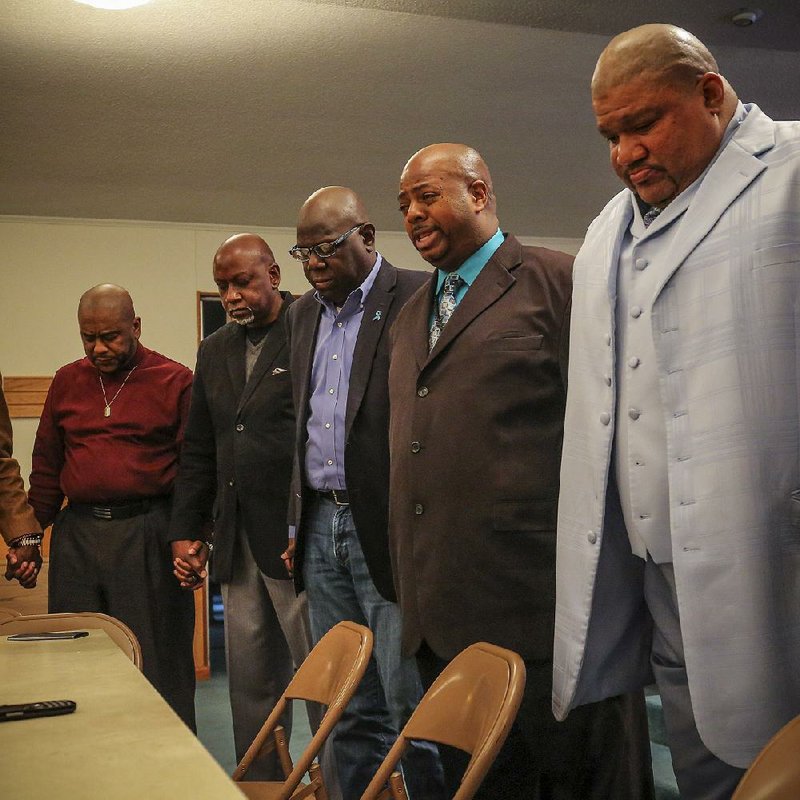 In front of the stage at The Mercy Church in southwest Little Rock, a group of local pastors and community members joined hands and prayed.

On Sunday afternoon, they had not gathered for a church service, but to call attention to the separate deaths of two Little Rock toddlers who had been fatally shot in the past month while riding in vehicles with family members. 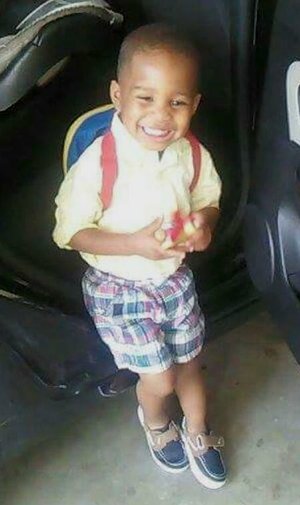 Photo by Special to the Democrat-Gazette
Acen King, 3, was shot and killed Saturday while riding in the back seat of his grandmother’s car.

A 3-year-old boy was fatally shot in what police called a case of road rage in southwest Little Rock on Saturday, and weeks before, a 2-year-old girl died after being shot while riding in the back seat of a vehicle with her mother.

"We lost some family members, Lord. It's just like our own little sisters and brothers, Lord," said Chris Carrigan with the Temple of Restoration church as he led the prayer. "Lord, we ask that you touch those families in a mighty way."

Little Rock police continued to search for the person responsible for the killing of the 3-year-old boy, identified Sunday as Acen King.

"A little precious baby gone, because the stupidity of an individual," said Benny Johnson, founder and president of Arkansas Stop the Violence.

Kim King-Macon, 47, the toddler's grandmother, told police she was waiting to turn westbound on to Mabelvale Cut Off Road from Warren Drive when an older model black Chevrolet Impala pulled up behind her, she told police. The 3-year-old victim and a 1-year-old baby were riding in the back seat of the car at the time of the shooting, police said.

A person in the Impala honked the car horn, and King-Macon told police she honked back and waited for traffic to pass.

She told police the shooter, an unknown black male, exited the vehicle and fired one shot, according to the statement.

Thinking that the man had fired a shot into the air, King-Macon then drove to the JC Penney at the Shackleford Crossings shopping center, where she was to meet family members to drop off the children, according to the statement.

Once she arrived, King-Macon noticed a bullet hole in her vehicle, and opened a passenger door to find her grandson slumped over in the seat with an apparent gunshot wound, she told police.

The child was taken to Arkansas Children's Hospital, where he later died from his injuries, police said.

As of Sunday evening, police continued to look for the black Chevrolet Impala driven by a black male.

Lt. Steve McClanahan, spokesman for the Little Rock Police Department, said investigators believe there is no relationship between the shooter and King-Macon and her grandson.

Investigators canvassed the southwest Little Rock neighborhood near the shooting scene, and the department has processed evidence found at the scene, he said.

"We have no tolerance for senseless violence in our city," McClanahan said. "We want to make sure we can get this solved just as soon as possible."

Pastor Scottie Long at The Mercy Church, who is familiar with the family of the 3-year-old boy, identified the victim. A family member of the victim declined to comment Sunday.

Acen's death marks the 40th homicide of the year for Little Rock, and the second young child fatally shot in a month's time.

Two-year-old Ramiya "TinkerBell" Reed was fatally shot Nov. 22 while riding in the back seat of a vehicle in Little Rock.

There is an ongoing investigation into her death, McClanahan said.

Johnson, with Arkansas Stop the Violence, called on those who might have information about the shooting of the 3-year-old boy to come forward.

Long, The Mercy Church pastor, also encouraged those in the community to report any information about the slaying, and in a direct appeal to the shooter, said he would escort the shooter to police if contacted.

"We are watching and we are looking," Long said. "And they will be found."

As for the violence in the community, Long urged parents to not ignore the warning signs that their children might be getting into trouble.

"We have to start at home, and then we will see a change in our community," he said.