Suspect in Berlin attack had been under investigation for terror plot 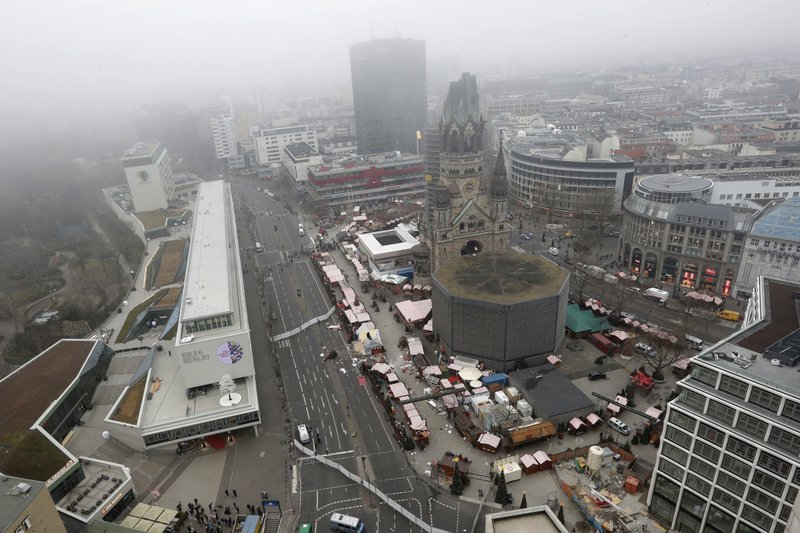 General view of the crime scene in Berlin, Germany, Tuesday, Dec. 20, 2016, the day after a truck ran into a crowded Christmas market and killed several people. (AP Photo/Markus Schreiber)

BERLIN — A Tunisian suspect in the Berlin Christmas market truck attack had been under investigation due to suspicions he had been preparing a serious act of violent subversion against the state, said a German state-level official on Wednesday.

North Rhine Westphalia Interior Minister Ralf Jaeger said the Tunisian suspect’s asylum request had been denied by German authorities in June. He had been due for deportation, but lacked the documents required from the Tunisian side.

Jaeger added that the Tunisian national — named by German media as Anis A, but known to authorities under several aliases — had been living in Berlin since February, but had also stayed in the western German state of North Rhine Westphalia.

He became the prime suspect in the attack when police found his immigration documents in a truck he is suspected of using to plough through a Christmas market in a busy shopping district of Berlin late Monday, killing 12 people and injuring 48 others.

The Tunisian is considered by Germany’s domestic intelligence agency as a so-called Gefaehrder (Danger to others) who is prepared to commit acts of terrorism at any time. Intelligence services are currently monitoring 549 of these potential terrorists.

The Tunisian Foreign Ministry told dpa it is helping German authorities to identify the suspect, whom Tunisian radio station Mosaique identified by name and said was born in the province of Kairouan in 1992.

Check back with Arkansas Online for updates and read Thursday's Arkansas Democrat-Gazette for full details. 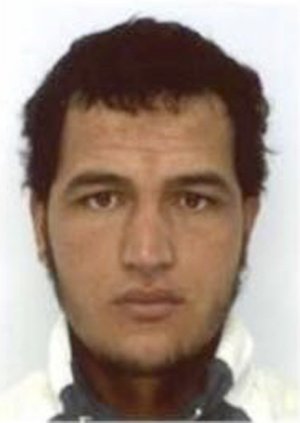 Photo by POLICE VIA AP
The photo which was sent to European police authorities and obtained by AP on Wednesday, Dec. 21, 2016 shows Tunisian national Anis Amri who is wanted by German police for an alleged involvement in the Berlin Christmas market attack.
ADVERTISEMENT