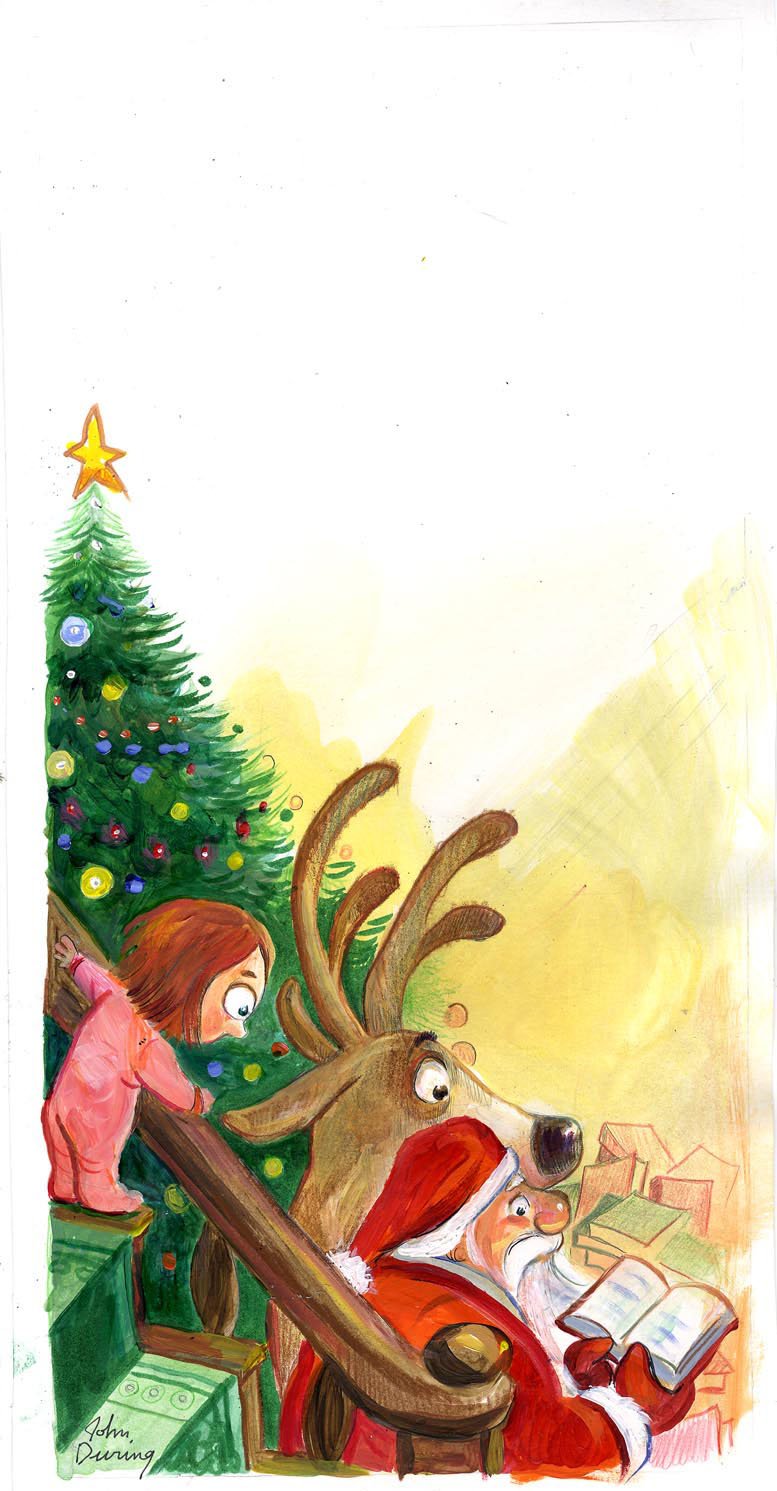 The value of reading to overcome the annoyance of, well, everything in 2016 started last week here in Perspective. That's where you'll find comments from articulate Arkansans about the books that brought pleasure and distraction over the course of this tumultuous year. Here are more favorite reads.

My son Henry bought me the 2015 book Bob Dylan All the Songs: The Story Behind every Track by Philippe Margolin and Jean-Michel Guesdon this year. I have always enjoyed learning about an artist's creative process, so this book was fascinating: 492 published songs and how they came to light. Very cool to get that insight.

In the same vein, Gregory Heisler 50 Portraits (2013) tells the full story of the author's creative process and execution of his most famous portraits. He is honest, technical, funny, and shares a lot of intimate details. You do not see this kind of openness with a photographer often.

I spent a lot of time with a special group of friends studying how to break bad habits. And 2015's Better Than Before by Gretchen Rubin was eye-opening. We met weekly and discussed this book. I am still working on changing those bad habits. I fear I will be for sometime.

What the essay was to its innovator Renaissance French philosopher Michel de Montaigne, it became an art form for his English counterparts Francis Bacon and William Hazlitt, thus positioning the essay as a legitimate literary genre.

A journalist, teacher of writing, and an acclaimed crime novelist, Donna Leon's 2013 My Venice and Other Essays affirms that essay writing is still a vibrant art form, especially in an age in which books have to compete with myriad distractions.

Leon describes her Venice, known as the Bride of the Adriatic Sea (where she

lived for 30 years), as a place where "there are no cars, no traffic, no noise, little pollution ... Because we are forced to walk, we are forced to meet ... to see, walk past, walk along with [our] neighbors, which leads to casual conversation." Much like Addison and Steele's 18th-century eyes for details, Leon's narrative takes readers through historic Venetian Palazzi, churches, and La Fenice Opera House to enjoy baroque and classical performances by virtuosi di Venezia.

Under the title On Mankind and Animals, the second half of the book draws on Leon's experiences while living in a rustic mainland setting away from the canals. Each essay is a portrait (badgers, Cesare the idiosyncratic retired coal miner, the befriended neighbor's chicken Gladys, trespassing hunters, mice, and Blitz, a German shepherd drug/security canine with whom she fell in love while visiting the U.S. airbase at Aviano). One chapter draws on her one-year teaching experience in Saudi Arabia, and another concerns her many pleasant experiences in Iran and the deep affection she had for Iranians and their culture. She bemoans the fact that she had to leave the country on the eve of the 1979 Iranian Revolution.

Artfully written, Leon's skill is in crafting mundane experiences into extraordinary ones, converting the casual occurrences into atypical ones and hewing the inconsequential into weighty reflections. This is a must-read for those who love prose that delights and instructs.

I'm pretty much a snob when it comes to reading books that have already been made into movies, particularly if the cover has been changed to promote the film. However, I had the great fortune to read Billy Lynn's Long Halftime Walk by Ben Fountain and A Man Called Ove by Fredrik Backman (both published in 2012) before the movies came out.

Both of these relatively short, fast-paced books allow me to check off all the things I look for: characters I recognize from my life, situations and dialogue that make me laugh out loud (or cry), beautifully crafted and wise sentences that beg me to get the highlighter--and, perhaps most important, endings that prompt me to turn the pages back to the first and start over.

You don't have to be a sports lover to be a fan of Shaken by Heisman trophy winner Tim Tebow. The author does an excellent job of taking the reader on a journey while asking key questions throughout his narrative which invite you to consider how you are doing in the "midst of life's storms." Feeling like you are right in the middle of his experiences, Tebow describes his life's events in detail while sharing his emotions and inner struggles.

All along he is relying on his strong faith and belief in God's plan for his life and shares his beliefs with people he encounters. The stories of these encounters are heartfelt and leave you with tears and cheers. Life doesn't always lead us on the path we desire. But hidden blessings arise when we trust God's path is the best plan for us. Tebow's book helps remind all of us to keep believing.

Nathania Sawyer, Archivist at the Butler Center for Arkansas Studies:

The best book I read in 2016 is The Bully Pulpit: Theodore Roosevelt, William Howard Taft, and the Golden Age of Journalism by Doris Kearns Goodwin, published in 2013. As a fan of journalism history, I reveled in the detailed information about McClure's Magazine and the investigative journalists whose writings informed the public and helped bring many of the sweeping reforms during the Progressive Era (approximately 100 years ago).

Bill Keller, former executive editor of the New York Times, described McClure's as "a magazine that aimed to rattle the ramparts of power and mobilize the literate middle class."

While reading the book, I was struck by how different things are today--corporate demands for profitability have stripped many newsrooms to minimal staff, the Internet has forever changed how people receive and consume information, and the recent election has brought much attention to the problem of "fake news."

In the book's preface, Goodwin writes: "There are but a handful of times in the history of our country when there occurs a transformation so remarkable that a molt seems to take place, and an altered country begins to emerge."

I have to wonder if 2017 will be one of those times, and if a new generation of investigative journalists will emerge to "rattle the ramparts of power."

In Landsman by Peter Charles Melman (published in 2007), protagonist Elias Abrams is not looking for a Red Badge of Courage when he enters the American Civil War. He's an orphaned Jewish street tough from the crime-ridden streets of New Orleans who plunges into the deadliest war in American history to escape demons he considers more horrifying.

The war is just one of the things vying to kill Elias, and it's going to have to get in line behind a murderous New Orleans gang leader, hunger, disease, cold, and, oh yeah, the fact that Elias has fallen in love, in the grandest of epistolary fashion, with an angelic embodiment of antebellum maidenhood whose esteem he must now endeavor to feel he deserves. Now that will flat-out get you killed if you're not careful.

The raw, crystalline violence of Elias' street life and battle experiences, contrasted with the idealized dream of his most romantic notions of love, illustrates the most fundamental of human conflicts: our desperate attempt to hide from ourselves the fact that our own existence is too absurd to be believed, so we can somehow get on with it anyway.

Fates and Furies by Lauren Groff, a 2015 novel about the evolution of a marriage over 24 years.

Touch: The Science of Hand, Heart and Mind by David Linden (2015) by a Johns Hopkins neuroscientist who examines the interface between sense of touch and emotional response.

The most illuminating book I've read this year is 2014's Citizen: An American Lyric by Claudia Rankine. I don't feel too original in recommending it as it has won a long list of awards, but it is a book everyone should read for a deeper understanding of living with black skin in America.

An example of its force: "Then the voice in your head silently tells you to take your foot off your throat because just getting along shouldn't be an ambition." It can be a quick read, but is so potent and painful and smolderingly beautiful, readers will surely be dog-earing pages and returning for more of this genre-bender.

I'm always a sucker for an anthology, as I admire the way collections of voices provide so many perspectives on a subject. My favorite this year has been Good Girls Marry Doctors: South Asian American Daughters on Obedience and Rebellion, edited by Piyali Bhattacharya. It offers hard and delightful glimpses into what it means to be a daughter raised in "a world of overbearing cultural expectation," and fed me as a daughter, a parent, and a friend to several women who could be among Bhattacharya's Asian American Daughters.

Disclaimer: I edited and published my next recommendation, Can Everybody Swim?: A Survival Story from Katrina's Superdome by Bruce S. Snow. There are many books about Katrina, but this is the only book-length memoir about living in the Superdome the week after the hurricane written by a lifelong New Orleans resident, making it an essential historical record.

We all watched the horrors unfold on camera, but Snow's look inside the Dome offers closer insight into the rumors of murder, rape, drug use, terror, and despair. Besides, it's a good read, with Snow's gallows humor and tender heart buoying the tragic circumstances. Snow lived in Little Rock for the past several years and worked as a driver for the downtown trolley, writing at night until he and his wife recently returned to the multi-generational New Orleans home from which he and his family were forced to flee after the hurricane.