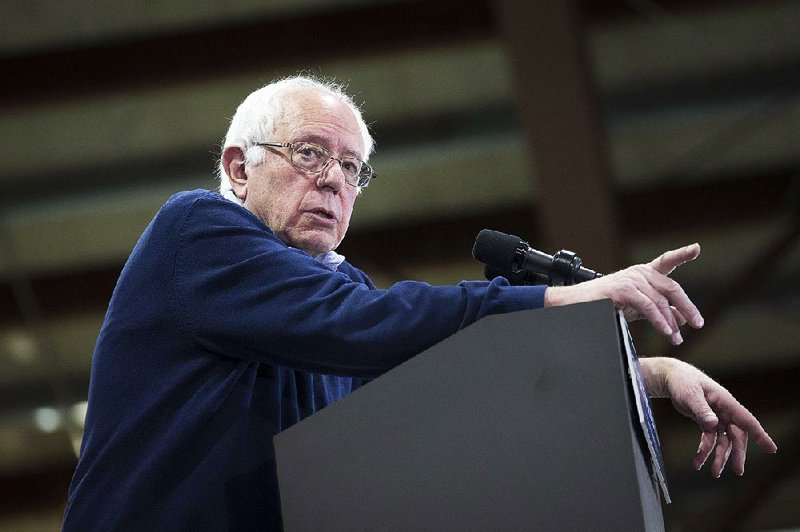 PORTSMOUTH, N.H. -- Ahead of Tuesday's New Hampshire primary, Democratic presidential candidate Hillary Clinton is working to convince voters that she is authentic. 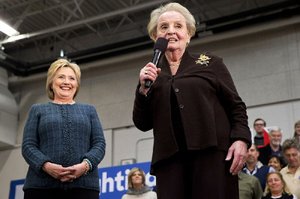 And questions about her use of her private email server while she was U.S. secretary of state continue to dog her campaign.

Meanwhile, her rival in the party's presidential race, U.S. Sen. Bernie Sanders, is stepping up criticism about her financial connections to Wall Street and questioning whether she is a true liberal, even as he fends off criticism about his record while he was chairman of the Senate Veterans Affairs Committee.

In New Hampshire at a recent Sanders rally, Suzanne Roberge, 32, of Rochester, said she has concerns about Clinton. "I have a harder time believing her sincerity."

Sheila Kelley, 59, of Manchester, a Sanders supporter, said of Clinton: "It seems like she's trying to be everything to everyone."

In last week's Iowa caucuses, Clinton squeaked out a narrow victory over Sanders, a Vermont senator.

Eight in 10 young people surveyed in Iowa said honesty and caring about people like themselves were the top qualities they were looking for in a candidate, according to precinct polls conducted for The Associated Press and television networks.

Surveys showed that Sanders had more than 80 percent support from people 29 or younger. Clinton was backed by nearly 70 percent of people 65 and older.

In New Hampshire, Sanders supporter Danielle Adcock, 20, of Manchester said Clinton is "the best alternative to Bernie," but "she takes money from Wall Street."

A Washington Post/ABC News poll conducted in January found that while Clinton had a substantial lead over Sanders among Democrats, she lagged behind him on the issue of trust: 48 percent said Sanders was more honest and trustworthy, compared with 36 percent for Clinton.

Sanders has fed some people's concerns about trusting Clinton. While he didn't attack her over her email practices, he has gone after her for taking Wall Street money and letting a political action committee raise millions to help her. He has also called her not liberal enough.

But, Sanders has not been immune to criticism. He has drawn flak over his record while he was on the Senate Veterans Affairs Committee.

In mid-2014, he was chairman of the committee when reports emerged of secret waiting lists to hide long delays in veterans health care and of as many as 40 veterans dying while they waited for doctors appointments.

Congress demanded answers. Sanders initially regarded the complaints as overblown and as a play by conservatives to weaken one of the country's largest social welfare institutions.

But the scandal worsened. The secretary of veterans affairs resigned. Reports revealed problems at dozens of Department of Veterans Affairs hospitals, and an Obama administration review revealed "significant and chronic systemic leadership failures" in the hospital system.

Sanders eventually changed course, becoming critical of the agency and ultimately joining with U.S. Sen. John McCain, R-Ariz., and other colleagues to draft a bipartisan bill to address the veterans health-care waiting lists.

Sanders has played up his chairmanship of the committee in his quest to win the Democratic nomination for president.

He points to praise he received from the largest veterans' organizations, which lauded his fight to expand benefits. And he frequently speaks of how he helped devise the wait-time fix and was able to "crack the gridlock" of Washington, as one of his campaign mailers put it.

Inspector-general reports date back a decade, documenting a growing problem with veterans' wait times, while Sanders served on the committee. He served six years before he became the committee chairman.

"His ideological perspective blurred his ability to recognize the operational reality of what was happening at the VA," said Paul Rieckhoff, the founder of Iraq and Afghanistan Veterans of America. "The reality was that he was one of the last people to publicly recognize the gravity of the situation."

In a recent interview, Sanders rejected the notion that he was slow to respond to the reports and lenient in his supervision.

"We did the very best that we could to make certain that veterans get the quality health care that they need," Sanders said at the time. He spoke of his chairmanship as a period of accomplishment, underscored by the passage of what he called "the most comprehensive" veterans health care legislation in "many, many decades."

But when he was asked Wednesday on CNN why he did not act sooner to address the wait times, Sanders conceded, "We should have done better."

Information for this article was contributed by Catherine Lucey and Emily Swanson of The Associated Press; and by Steve Eder, Dave Philipps, Richard A. Oppel Jr. and Jonathan Martin of The New York Times.