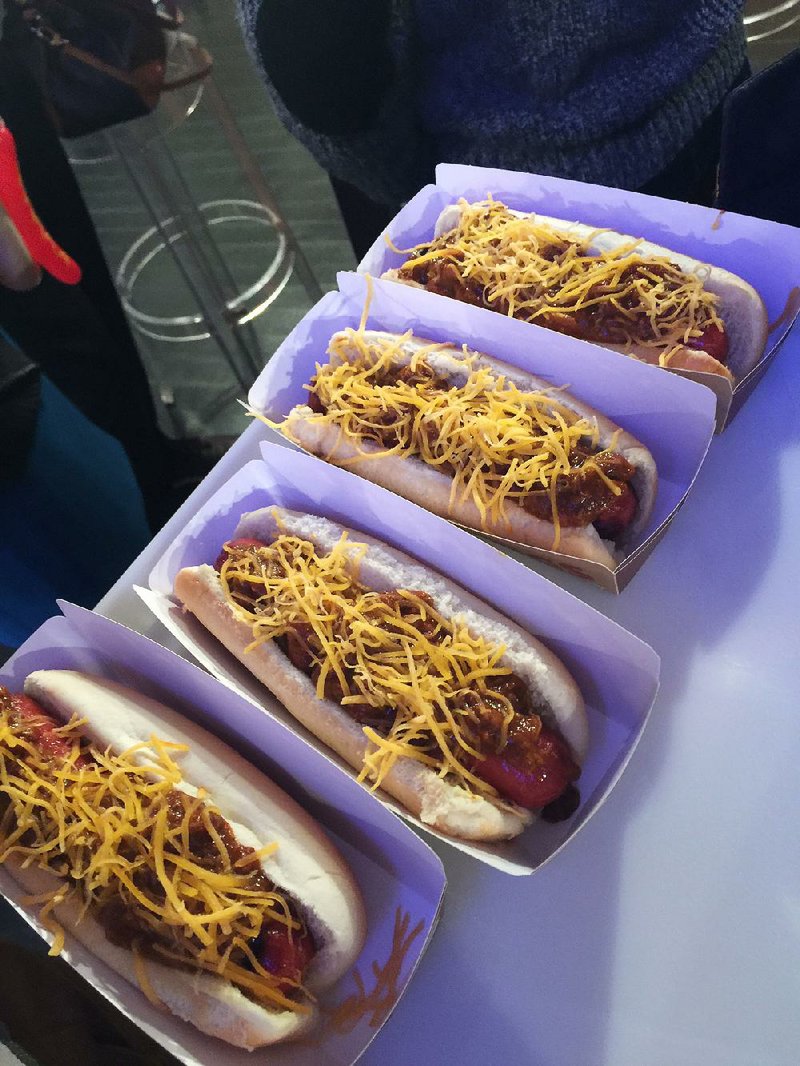 Burger King shows off its chili-cheese hot dog last week in New York, for which the suggested price is $2.39.

The Miami-based chain says it plans to put hot dogs on its menu nationally for the first time starting Feb. 23. It may seem like a jarring addition for those who know the chain for its Whoppers. But Burger King says its ability to flame-grill meat makes hot dogs a natural fit on its menu.

"This is probably the most obvious product launch ever," said Alex Macedo, president of Burger King North America.

Burger King said it will offer hot dogs at all 7,100 of its U.S. restaurants -- more U.S. locations than any other chain. Smaller chains that sell hot dogs include Dairy Queen and Sonic Drive-In.

The move comes as Burger King works to push up sales as competition intensifies, with McDonald's offering breakfast items all day to spark a turnaround, and Wendy's offering a "4 for $4" deal to get customers in the door. In 2014, Burger King's sales rose 2.1 percent at established locations in the U.S. and Canada. Parent company Restaurant Brands International Inc. will report results for 2015 this week.

Macedo said hot dogs would build on the chain's momentum given their popularity, including at trendy eateries.

Tests of the hot dogs in a handful of cities last year resulted in unspecified sales increases, according to Burger King. The food-review website The Impulsive Buy noted the hot dogs seem "small and not quite substantial enough" but otherwise gave them a positive review.

Still, fast-food history is riddled with menu flops, and Burger King has had its share. In 2013, for instance, the chain offered lower-calorie fries called "Satisfries." They failed less than a year later.

Macedo recalled another Burger King failure from the past.

"At some point, they tried popcorn. They would give it away for free to guests in the restaurants. I wasn't here, but I hear a lot about the popcorn days," Macedo said.

Burger King's "Grilled Dogs" will come in two varieties. The "classic" hot dog will be topped with ketchup, mustard, chopped onions and relish, and has 310 calories. The company suggesting franchisees sell it for $1.99. A chili-cheese version has 330 calories, with the suggested price of $2.39.

To get workers excited, Burger King says it enlisted Snoop Dogg and Charo to star in training videos for making the hot dogs. The company said they're internal company videos, but the chain may be planning to use them in some way for marketing purposes.