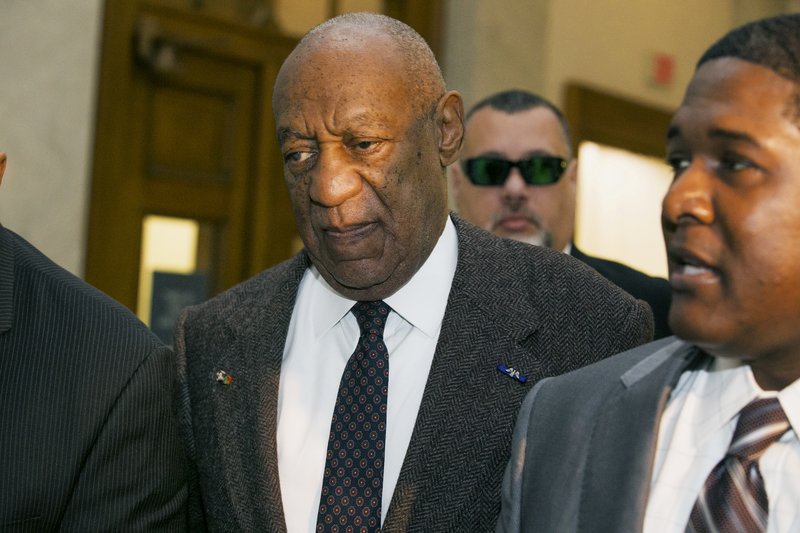 Actor and comedian Bill Cosby arrives for a court appearance Wednesday, Feb. 3, 2016, in Norristown, Pa. Cosby was arrested and charged with drugging and sexually assaulting a woman at his home in January 2004. A judge will decide whether to dismiss a sexual assault case against the comedian over an unwritten promise of immunity that a former prosecutor says he gave Cosby's now-deceased lawyer. (Ed Hille/The Philadelphia Inquirer via AP, Pool)

PHILADELPHIA — Bill Cosby is demanding that the accuser in his criminal case repay a confidential sex-abuse settlement because she cooperated with police who reopened the case and arrested him last year.

Cosby filed a sealed breach-of-contract lawsuit this month that said the settlement barred Andrea Constand from "voluntarily" discussing the case with law enforcement.

The suit said Constand had no legal duty to cooperate with Pennsylvania authorities because she lives in Canada. The interviews she and her mother gave to investigators last year were therefore "voluntary" and violated the settlement terms, the suit said.

"Despite being under no legal obligation to discuss any aspects of the events and allegations, ... and despite being expressly prohibited from disclosing such information to anyone, Andrea Constand volunteered to participate and disclosed such information to the district attorney and others," Cosby's lawyers wrote in a redacted suit filed Thursday.

Cosby faces up to 10 years in prison if convicted of sexually assaulting Constand at his suburban Philadelphia home in 2004. He has not yet entered a plea, but his lawyers have vowed to clear his name. Constand, 43, is now a massage therapist in Toronto.

His lawsuit against her also names her mother and lawyers as defendants because they also cooperated with Montgomery County authorities last year. The suit accuses them of inviting media coverage or making public statements about the case.