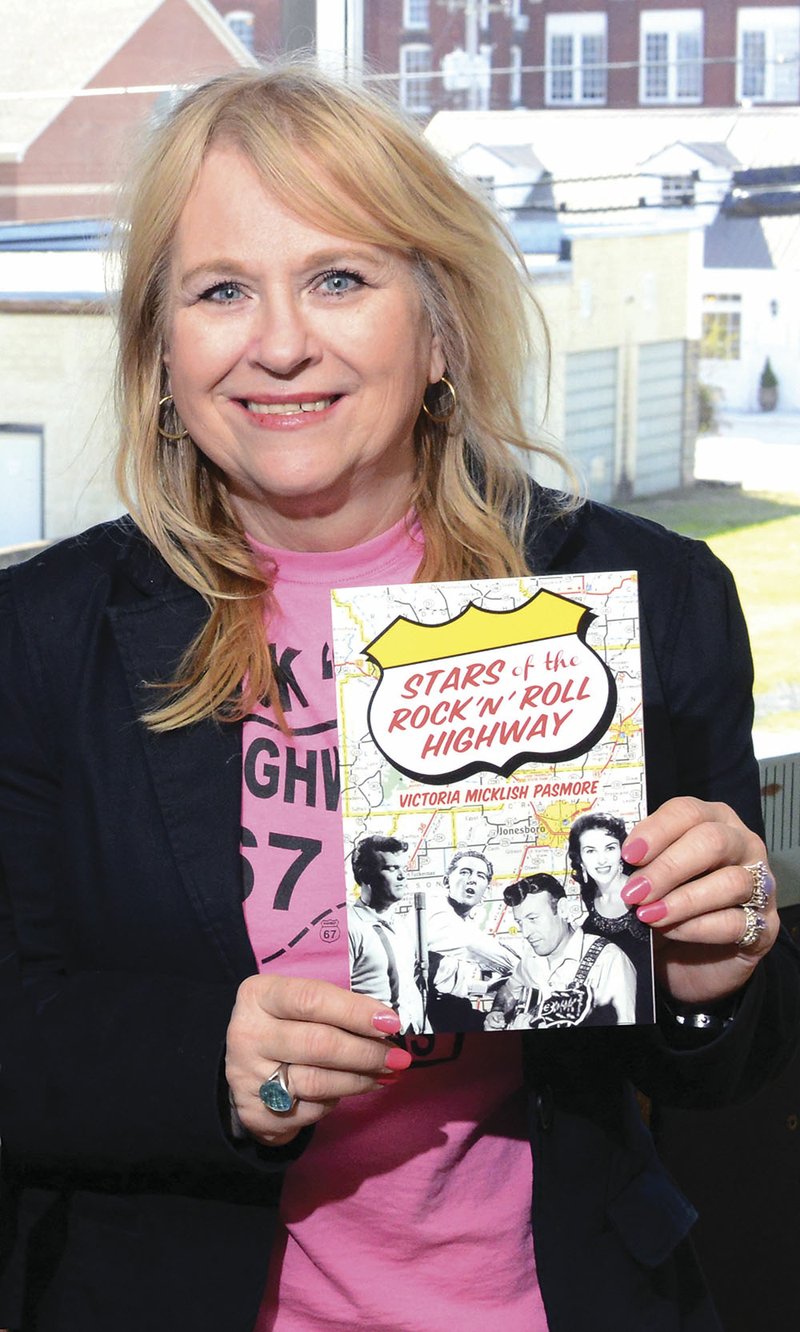 All great entertainers start somewhere, and for many of rock and country’s music legends, that start was along U.S. 67, now known as Rock ’n’ Roll Highway 67. The 111-mile stretch of highway shoots straight through Jackson County and was the main artery through northeast Arkansas from Little Rock to the Missouri border. This was also a short drive from Memphis, making Jackson County a natural oasis for musical talent willing to travel for a living.

The book details the musicians who played the smaller venues in the early stages of their careers. Artists such as Elvis Presley, Johnny Cash and Jerry Lee Lewis were just a few of the entertainers who appeared at local high school gyms and honky-tonks in small rural communities along U.S. 67, not to mention local musicians such as Sonny Burgess and Bobby Brown, both of Jackson County, and Bobby Lee Trammell of Jonesboro, among others. The book centers around musicians who were native to the state.

Pasmore, a native of Jonesboro, recently retired from the Harrisburg School District after a 30-year career of teaching.

“My parents raised me up around all kinds of music,” Pasmore said. “Elvis was my early influence, and from there, I was hooked.” Pasmore said she worked on the book for about a year, and the best part of her journey was the research she did reaching out to the people who made the music that so many loved.

Her love for Arkansas and her passion for music are what inspired Pasmore to write the book.

After teaching on the East Coast for years, Pasmore said she became homesick and returned to Arkansas, starting a teaching career in Harrisburg. The idea for the book came from her desire to share the history of the music with her young students.

“It started out with students designing guitars and little cardboard sculptures of Johnny Cash, Elvis and others. We also made giant cards for various artists. We had cards for Sonny Burgess, Jerry Lee Lewis and Sunny Deckelman.”

Sonny Burgess’ card is on display at the Rock ’n’ Roll Highway 67 Museum. Pasmore said Sonny Deckelman’s card is hanging up in the nursing home he lives in in Harrisburg.

“We put ‘Thank you for your music,’ and we put the names on top of the cards; then we put all of their top songs on the cards,” Pasmore said. “After that, we had each grade-school child from kindergarten to the fourth grade sign their names on it.”

In 1955, Elvis Presley toured through Jackson County four times, according to www.depotdays.org. He had yet to be seen by the mass audience that would catapult him to international stardom. He was preceded by at least one generation of musicians who were playing the country, rhythm and blues, and western swing, that was featured at nightclubs, juke joints and roadhouses along U.S. 67, the website states.

The Rock ’n’ Roll Highway 67 Museum, at Second and Hazel streets in Newport, chronicles not only the music greats, but also digs deeper into the local aspects of the popular music progression that took place during the birth of what we now call rock ’n’ roll.

According to www.depotdays.org, the music history along the U.S. 67 corridor was significant enough to deserve official name recognition and signage ordered by the governor of Arkansas in 2009. Scores of later rock legends, including The Beatles, Bob Dylan, Led Zeppelin, Bruce Springsteen and many more, have given the musicians heard on Rock ’n’ Roll Highway 67 credit for having inspired their careers, the website states.