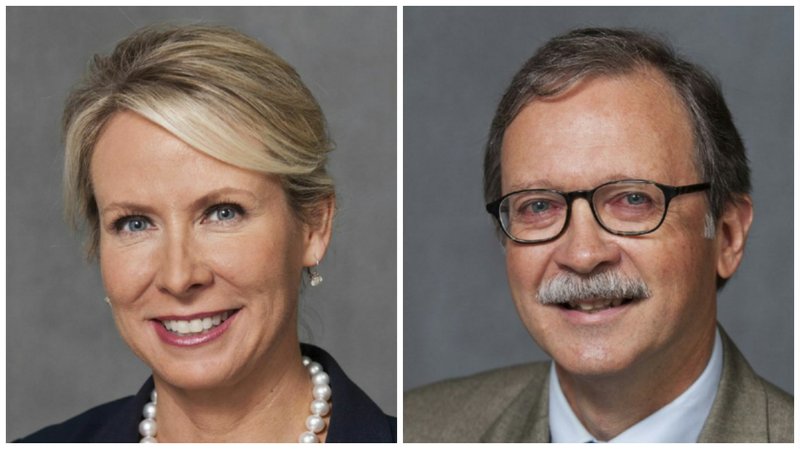 An out-of-state group and two candidates for chief justice of the Arkansas Supreme Court have together spent nearly $1 million on campaign television ads in the race, according to filings with a federal agency.

The spending sets a record for such spending on a state appellate court seat, according to a self-described national watchdog group.

Justice at Stake, which says its aim is to monitor the role of special interests in judicial elections, said the past record of TV spending in the campaign for an Arkansas judicial race was set in 2010, when 1,608 advertising spots worth $450,320 were aired.

According to figures obtained Thursday night from reports by TV stations to the Federal Communications Commission:

• Goodson's campaign has spent at least $290,030 on airtime on Arkansas' broadcast affiliates.

All together, the two candidates and the Judicial Crisis Network have spent $970,600.

Records show that Goodson has lent her campaign $255,000 since she kicked off her chief justice campaign in September. Kemp lent his campaign $20,000 earlier in the race.

Representatives from Kemp and Goodson's campaigns and the Judicial Crisis Network did not return calls seeking comment.

In total, the Judicial Crisis Network has paid for 1,445 ads. So far, the ads have been negative of Goodson, criticizing past gifts she reported accepting as a justice, as well as suggesting that she has ties with trial attorneys that come at the expense of average Arkansans.

In addition to TV ads, the Judicial Crisis Network has been sending mailers to voters that are critical of Goodson and has put up a website titled www.goodsontheinsider.com.

Groups like the Judicial Crisis Network are often referred to as "dark money" organizations because they can raise and spend unlimited amounts of money without having to disclose the sources of their funds, unlike the requirements placed on traditional campaign organizations.

In Thursday's announcement, the director of Justice at Stake, Susan Liss, criticized the involvement of groups like the Judicial Crisis Network.

"Arkansas is experiencing a record-smashing Supreme Court race, due in large part to spending by an outside group that doesn't disclose its donors," Liss said. "With the evidence growing that campaign spending has an impact on courtroom rulings, there's an urgent need for real fixes that can get money and partisan politics out of judicial selection."

Justice at Stake is partnered with the Brennan Center for Justice at the New York University School of Law.

Despite raising more money than his opponent, Cullen lost the race to Robin Wynne.

In reaction to the ads used in Cullen's race, a group of judges, attorneys and former Supreme Court justices in Arkansas spoke out against such ads.

In late January, some of them formed the Arkansas Judicial Campaign Conduct and Education Committee. The committee has asked all judicial candidates to pledge to disavow any ad or group if the committee's rapid response team finds that an ad airing on Arkansas airwaves is unfair.

The 2014 race, and this year's chief justice race, also have reignited the debate over whether the state's appellate judges should be elected or if Arkansas lawmakers should consider changing the judges' selection to a merit selection system.

On Thursday, state Rep. Clarke Tucker, D-Little Rock, said the ads and the mail being sent out by the Judicial Crisis Network are deplorable.

One of the mailings criticizes Goodson for her role in striking down the state's 2013 voter-ID law. The mailer also linked her to President Barack Obama's "Liberal Agenda" in Arkansas.

What the mailer from the Judiciary Crisis Network didn't mention is that the decision to strike down the state's voter-ID law was unanimous. Goodson was one of seven justices who all agreed that the 2013 voter-ID law amounted to another qualification on voting, and since such qualifications are set in the state constitution, the law was thus unconstitutional.

"In legislative races, we've had several [campaign] cycles where some group will target a particular vote a legislator made. It makes people look over their shoulder for every vote they take. I've never seen it in a [judicial] race before," Tucker said. "They've handpicked [an opinion] she participated in and used it. ... I hope that doesn't have an effect on the judiciary where a judge is looking over their shoulder. The judicial branch should be above the fray."

In 2015, Tucker sponsored House Bill 1425, which, among other things, would have required groups like the Judicial Crisis Network to register with the secretary of state's office and disclose the sources of any of its donations that were more than $50.

That version of the bill was defeated out of privacy concerns from some legislators. But Tucker said he plans to revive it in 2017 and thinks there will be more support this time to get it passed.

"I've had conversations with members who were not supportive the last time because they've seen [dark money] in action in a way they don't like," Tucker said. "People are more open to considering alternatives at this point than they have been in the past because of this nasty business of the dark money."