Prep basketball: Bentonville's one run too much for Rogers High 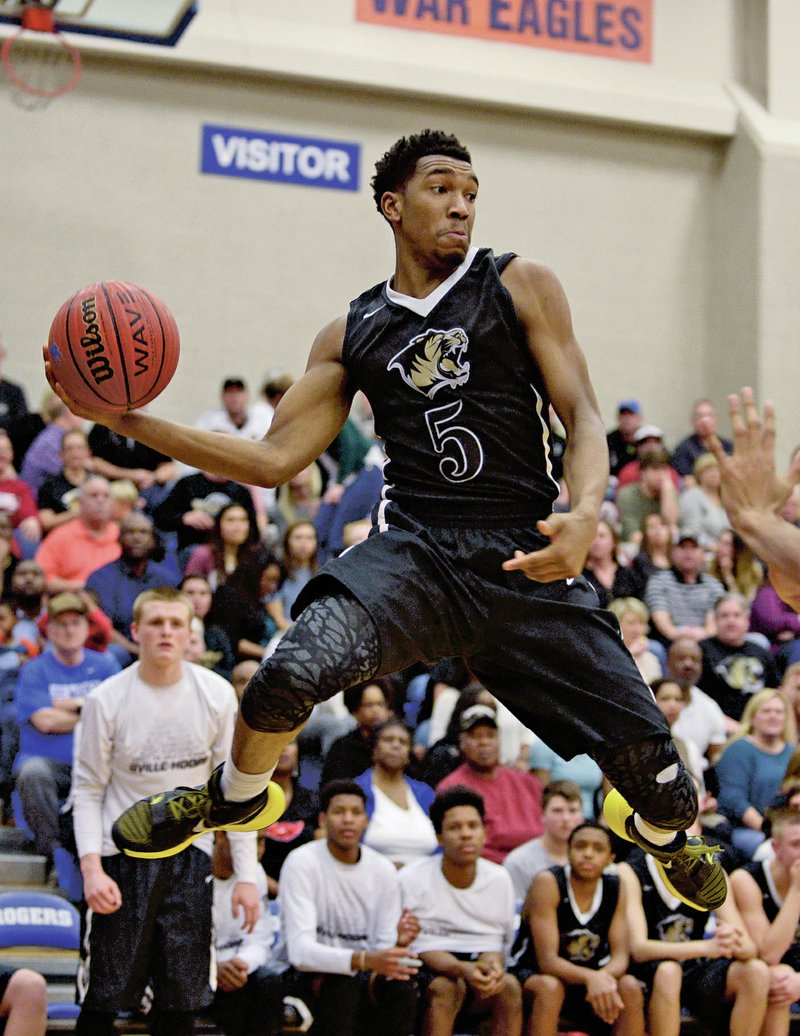 ROGERS -- The spread game Rogers High's boys utilized Friday night worked as long as the Mounties had the lead or were within striking distance. 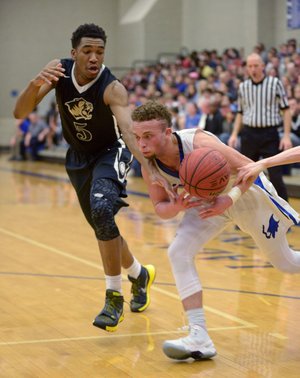 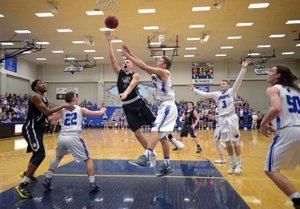 Photo by Ben Goff
Trey Costantini of Bentonville shoots Friday as Will Allen of Rogers High defends at King Arena in Rogers.

One good Bentonville run changed all that.

The Tigers countered a disastrous final minute of the first half with 14 unanswered points to take the lead for good and went on to post a 60-48 victory during 7A-West Conference play in King Arena.

"I don't think we came out focused to compete, which means that Rogers is equally trying as hard as we are to get the loose balls and rebounds," Bentonville coach Jason McMahan said. "You take that away, and it's a tough game."

Rogers (8-17, 2-10 7A-West) was content to spread the floor, but not in a matter of stalling. The Mounties, particularly senior guard Milacio Freeland, looked for lanes to the bucket and took them, which led to layups or kicking the ball out to the open man for a shot.

The final minute of the first half appeared to be the time for Rogers to take control. Jake Benninghoff scored inside with 49.4 seconds before halftime, then Harrison Heffley and Daniel Salvador each hit a free throw before Benninghoff added two more from the line to give the Mounties a 23-17 lead with 4.9 seconds left.

"We were trying to play to our strengths," Rogers coach Wayne Herren said. "We like Milacio if we get him in space and try to put a couple of shooters on the floor. Sometimes we made some bad decisions, but overall I was pleased with our execution in the first half.

"We did everything we needed to do to put ourselves in a position. I made a dumb coaching mistake by not fouling at the end of the half."

With Rogers not fouling, it allowed Bentonville (8-7, 10-2) time to get off one last shot, and Malik Monk drained a 23-footer to cut Rogers' lead to 23-20 at halftime. The Tigers then opened the second half with 11 unanswered points -- six of those by Jordan Hemphill, whose bucket made it a 31-23 Bentonville lead with 4 minutes, 50 seconds left in the third quarter.

"That was spurred on by the defense," McMahan said. "We were knocking balls loose and contesting shots. We went on that great run because of our defense, which led to transition opportunities and broken plays were Malik and Jordan could get to the rim."

Bentonville jumped out to an 11-0 lead in the first quarter and never allowed Rogers High back into a game that was played Friday in Tiger Arena.

Maren Johnston's bucket early in the second quarter made it 13 straight Lady Tiger points, and Rogers (11-14, 4-8) didn't get any closer than seven on a couple of occasions. The last one came when Samantha Brown's bucket made it 21-14 midway through the third quarter, but Bentonville (19-5, 8-4) went on a 10-3 run to take a 31-17 lead into the fourth quarter.

Lauren Hargus had 19 points to lead the Lady Tigers, while Johnston had a double-double with 14 points and 13 rebounds. Brown led Rogers with seven.

Print Headline: Bentonville's one run too much for Rogers High