Black Box to stage An Iliad 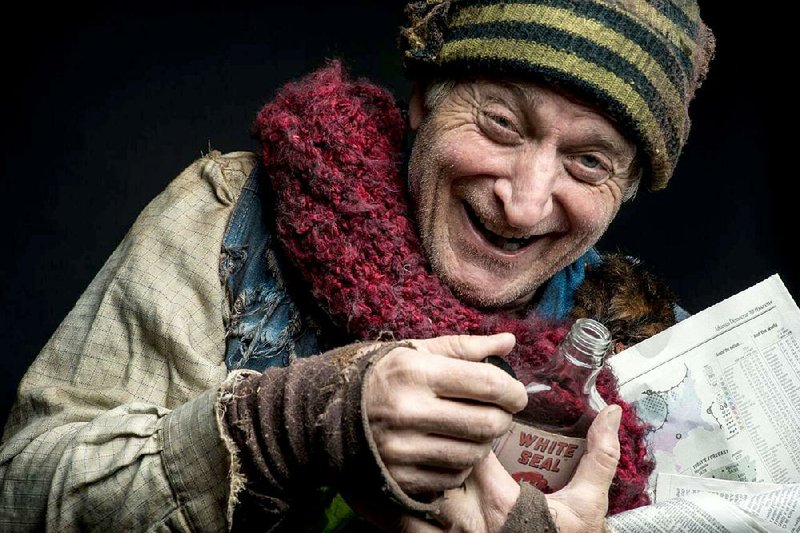 Who better to inaugurate the new Arkansas Repertory Theatre's Black Box Theatre with a one-man performance in An Iliad than Joseph Graves, who has been featured in 11 plays on the Rep's main stage -- most recently Red, in the 2013-14 season.

Robert Hupp, the Rep's producing artistic director, will direct Graves, who has performed the role at theaters in Portland, Ore., and Syracuse, N.Y.

"I wanted Joe to be a part of the Rep's 40th season, and he had brought this play to my attention," Hupp says. "It's very fitting that the show -- which is based on the history of Western culture -- will be done in the Rep's new Black Box space in our Annex."

The new space has 120 seats and will be set up with seating on both sides, with the acting taking place in the midst of patrons, who will be seated on both sides of the aisle.

An Iliad was created by Denis O'Hare and Lisa Peterson, who adapted Homer's Trojan War epic into a monologue about war, which answers the question of whether anything has really changed since that war.

"It's Homer's poetry as mostly contemporary language," Graves says. "The play is set up as if the poet has just dropped in on Little Rock, and is living on the street like a bum, surrounded by shopping carts, newspapers and sticks, consigned by God to keep telling his story, which still resonates with us today.

"The audience will be walking into his adopted home and the play is accessible and engaging, and not really anti-war or pro-war, just its effects."

Graves, who graduated from Ouachita Baptist University in Arkadelphia in 1978, is the artistic director of Peking University's Institute of World Theatre and Film in Beijing, where he has lived since 2002. He has performed more than 100 roles on stage, including King Lear, Othello, Hamlet, Richard III, Macbeth and Henry V.

"The play's performances on Thursday and Saturday and on March 2 and 4 will include 'Arkansas Stories of War,' a series of 'talkbacks,'" Hupp adds. "These will feature local service members and their families who will share their personal stories of war, from deployment to returning home and the impact that war has had on their families. These veterans have taken part in a variety of our nation's different wars."

An Iliad is presented in partnership with Just Communities of Arkansas and ARVets.

Hupp says the play has strong language and is recommended for those ages 14 and over.

Additional An Iliad events include:

• At noon today, the Clinton School Speaker Series will present Hupp, as he hosts a conversation with Graves. To reserve seats in Sturgis Hall at the Clinton Center, email publicprograms@clintonschool.uasys.edu or call (501) 683-5239.

• Pay What You Can Nights will be in effect Wednesday and Thursday. Patrons may pay what they wish, in person at the box office between 9 a.m. until curtain time the day of the performance. Tickets will be limited to two per person.