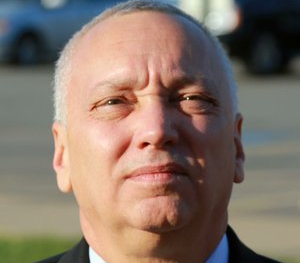 Former University of Central Arkansas Chief of Staff Jack Gillean is shown in this photo.

LITTLE ROCK — The former chief of staff for the University of Central Arkansas who was convicted on burglary charges for helping a student steal tests has filed to surrender his law license.

The Arkansas Supreme Court said Thursday that it has received the surrender petition from Jack Gillean. Gillean said in the petition that he is voluntarily surrendering the license because he was convicted of a felony, and a hearing to revoke his license "would go badly" for him.

The state's high court still must act on the petition to formally revoke the license.

Gillean was convicted in March 2014 of six counts of commercial burglary and sentenced to three years in prison. Prosecutors say he gave master keys to a student who then stole tests from professors' offices.

Gillean withdrew an appeal after authorities agreed not to seek additional charges regarding failed drug tests while he was on probation.