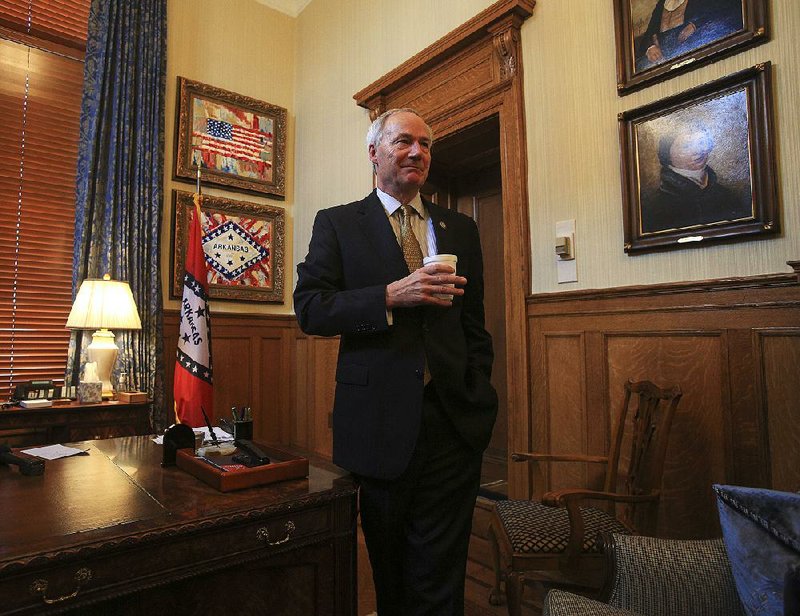 Gov. Asa Hutchinson said Wednesday that he will unveil his recommendations for highway funding on Jan. 19 and will meet Feb. 1 with U.S. Secretary of Health and Human Services Sylvia Burwell to discuss changing the state’s private-option program.

LITTLE ROCK — Arkansas Gov. Asa Hutchinson says he is preparing two budget proposals for the coming year — one that includes the state's hybrid Medicaid expansion and one that doesn't — and he warns that the state will face cuts without the expanded coverage.

In an interview with The Associated Press on Friday, as he wraps up his first year in office, the Republican governor called the debate over the future of the expansion a "significant challenge." Wednesday marks a year since the former congressman and Homeland Security official was sworn in as governor.

Hutchinson touted his accomplishments, including a $102 million tax cut that took effect in 2016, but said he still faces unfinished work on the Medicaid expansion's future and ideas to increase highway funding.