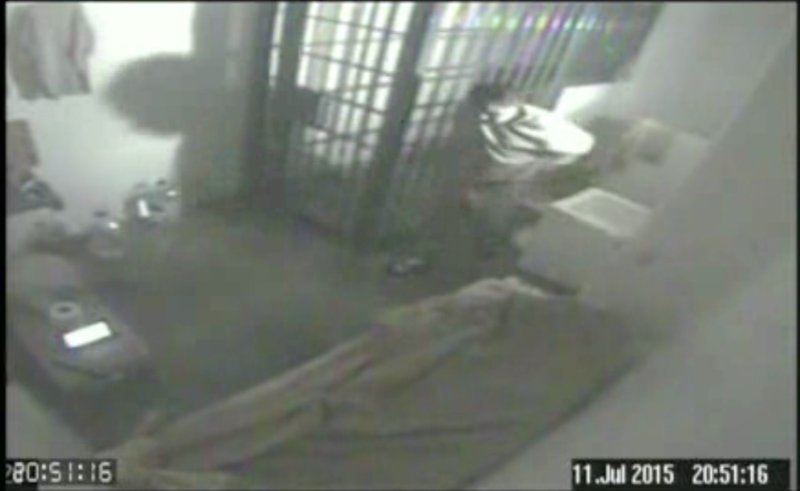 In this file screen grab of video from a security camera, dated July 11, 2015 and released by Mexico's National Security Commission, shows the man Mexican authorities say is Joaquin "El Chapo" Guzman, pacing inside his cell at the Altiplano maximum security prison, shortly before escaping through a tunnel below the shower area, top right, in Almoloya, Mexico. A new closed circuit prison video broadcast Wednesday, Oct. 14, 2015, by the Mexican television chain Televisa, reveals hammering sounds several minutes before the country's most notorious drug lord escaped from his cell through a tunnel.

An official who spoke on condition of anonymity because he was not authorized to be quoted by name said Guzman was apprehended after a shootout with Mexican marines in the city of Los Mochis, in Guzman's home state of Sinaloa.

Responding to what was seen as one of the biggest embarrassments of his administration — Guzman's July 11 escape through a tunnel from Mexico's highest-security prison — Pena Nieto wrote in his Twitter account on Friday: "mission accomplished: we have him."

Five people have been killed and one Mexican marine wounded in the clash.

The Mexican Navy said in a statement that marines acting on a tip raided a home in the town of Los Mochis before dawn. They were fired on from inside the structure. Five suspects were killed and six others arrested. The marine's injuries were not life threatening.