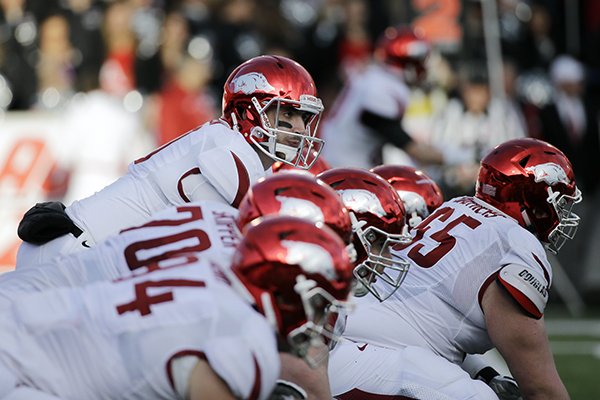 FAYETTEVILLE — Arkansas fans may not have to wait long to see the Razorbacks' cardinal chrome helmets again.

A trio of Razorbacks - quarterback Brandon Allen, offensive lineman Sebastian Tretola and running back Jonathan Williams - could wear the alternate helmet or the traditional one in the Senior Bowl on Jan. 30.

"We sent both, they get to decide #Choices," the Arkansas football equipment staff said in a tweet Wednesday.

If they opt for the cardinal chrome, it will be the second time they've been used in game action, as Arkansas wore them in its 45-23 win over Kansas State in the Liberty Bowl earlier this month.

The helmets were a hit among the players (Tretola described them as "swaggy" after the game), recruits and fans.

Arkansas coach Bret Bielema has not said whether the Razorbacks will wear the cardinal chrome helmets next season.