Disjointed sci-fi flick insults intelligence of even young viewers by DAN LYBARGER Special to the Democrat-Gazette | January 22, 2016 at 1:49 a.m. 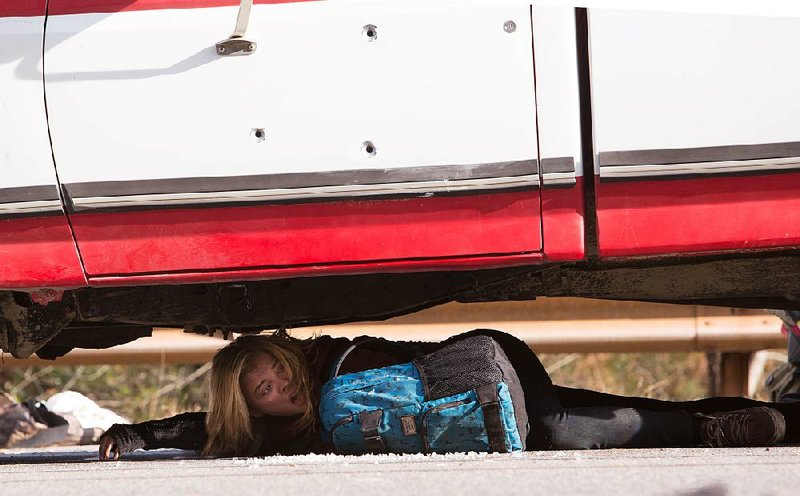 Cassie (Chloe Grace Moretz) goes on the run to try to save her younger brother after aliens invade Earth in The 5th Wave, another adaptation of a young adult novel with a plucky teenage girl as its protagonist.

In They Live, the late Rowdy Roddy Piper could tell if a person was really a malevolent space alien by merely putting on a pair of shades. 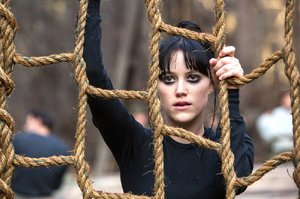 Ringer (Maika Monroe), who lost her family in the invasion, now fi ghts against the aliens as part of the resistance group Squad 53 in The Fifth Wave.

He wouldn't have to work that hard if he faced the evil ETs in The 5th Wave.

Although it's based on Rick Yancey's young adult novels (two so far, and counting), The 5th Wave feels more as if it were cobbled together from a host of other, better science fiction stories.

Apparently, the filmmakers have spent an inordinate amount of time praying that the audience is too young to have seen any of the multiple versions of Invasion of the Body Snatchers and are eagerly waiting for a character to replicate the traits of either Edward Cullen or Katniss Everdeen.

The 5th Wave features a lad with chiseled abs, despite the fact that he has been living nowhere near a GNC or a gym. Evan (Alex Roe) has so many Cullen-isms that one expects him to start sparkling in the sunlight at any moment. Most of the story is told from the point of view of a teenage girl named Cassie (Chloe Grace Moretz). Cassie spends the opening portions of the film carrying a military-grade rifle and longing for the days when she didn't have to use it on a regular basis.

Through a dull series of flashbacks, we learn that space invaders who never show their faces first knock out our power, send quakes, spread avian flu and flood the seas.

Having found four ways to decimate the human population without blowing anything up, the evil extraterrestrials, or the Others, have come up with yet another form of population control. Because they can take over human bodies and pass for Earth's current inhabitants, they can now use all of our weapons against us.

Leading a counterattack is Col. Vosch (Liev Schreiber). He and a mean Sergeant (Maria Bello, with a cruddy and needless Southern accent) have trained the surviving teens and children to go up against any suspicious grown-ups they encounter in the remains of bigger cities.

Before you can say, They Live, they're handed special goggles that can help them determine who to use as target practice. While the child soldiers take most of the film to discover who the real enemies are, careful viewers have figured out who the enemies are ages ago.

Director J Blakeson, who delivered the eerily claustrophobic The Disappearance of Alice Creed, manages to set up some credible devastation, even if men without running water or electricity manage to remain clean-shaven.

Moretz's Cassie gets to kick butt just as Katniss does in The Hunger Games, but the awkward romantic subplot she limps through while the other youngsters are training slows the film down instead of giving the viewers a better sense of the characters.

If viewers grow to like or take an interest in the protagonists, it's easier to care if they send the space invaders home. Somehow three credited screenwriters can't figure out how to do that. Watching kids conducting military drills and clearing rooms in potentially hostile territory isn't any more exciting than when adults do the same thing.

Instead of making movies for young adults (and those who will soon be young adults) that assume their ignorance of sci-fi cliches, why can't Hollywood make films that treat them and anyone who accompanies them as adults? If our next generation is to survive aliens, zombies or whatever bad fate hasn't been dreamed up yet, they're entitled to a movie that treats them with more respect than the Others show us.