Homeowner charged in fatal shooting of firefighter during medical response 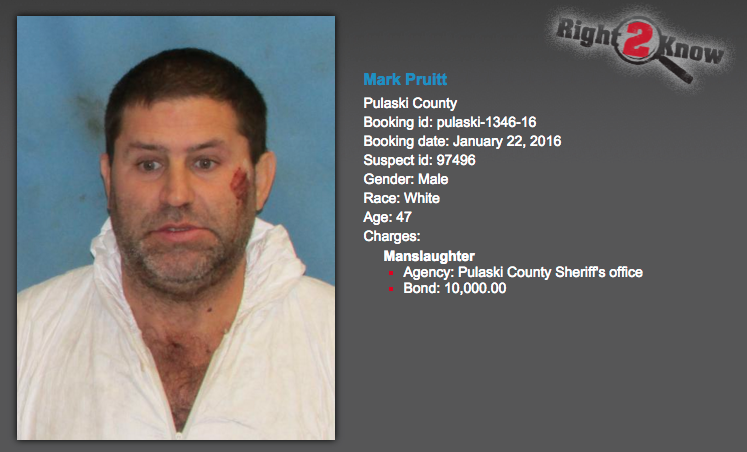 Homeowner Mark Pruitt has been charged with manslaughter in the fatal shooting of a firefighter Friday morning, the Pulaski County sheriff's office said in an afternoon news conference.

Pruitt told investigators that someone came into his home without a uniform and without saying who he was.

Officials said Ronald Jason Adams, 29, was killed while responding to a patient with a seizure on Dortch Loop Road outside North Little Rock around 5 a.m.

A firefighter was fatally shot while responding to a patient with a seizure Friday morning in Pulaski County, a spokesman with the sheriff's office said.

Officials identified the firefighter as Ronald Jason Adams, 29, who went by his middle name and was a full-time member of the Sherwood Fire Department in addition to volunteering with the East Pulaski Fire Department.

Adams was working for the volunteer agency when he responded to a report on Dortch Loop Road outside North Little Rock around 5 a.m. and was shot, Pulaski County sheriff's office spokesman Capt. Carl Minden said.

The Sherwood Fire Department mourned the loss of Adams on a Facebook post, recalling that he "had a witty sense of humor and could make everyone laugh."

Police have a person in custody being questioned by officers, but no arrests have been made, Minden said.

Another person inside the home who was not the shooter called in to report the seizure victim, Minden said.

No other details were released. Minden said police were working around a heavy overnight snowfall that brought central Arkansas to a halt Friday morning. 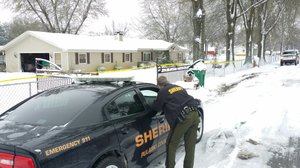 Photo by Benjamin Krain
Police work outside a home where a firefighter was fatally shot earlier Friday morning. 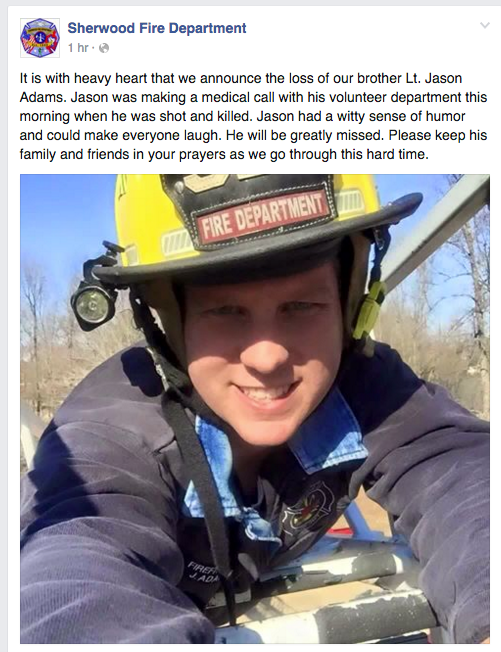 The Sherwood Fire Department on Friday posted this message and photo to its Facebook page in memory of Ronald Jason Adams, 29.