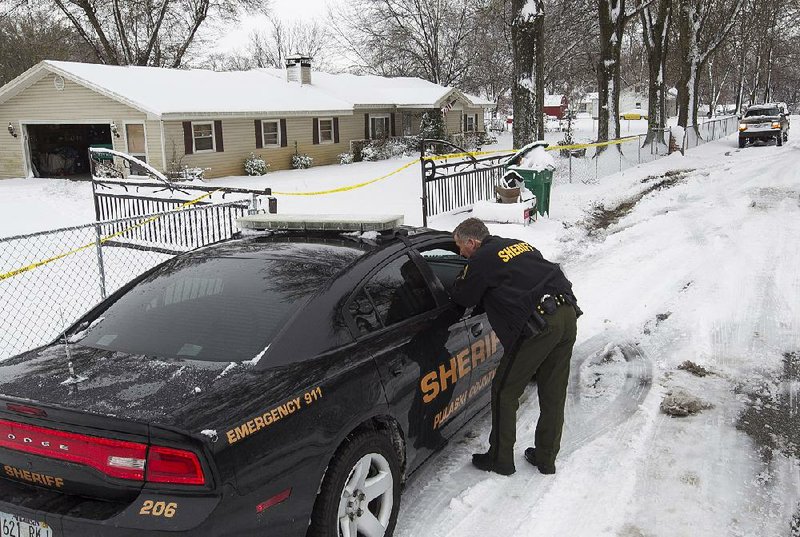 A central Arkansas firefighter was shot to death Friday morning after responding to a call for help at a North Little Rock residence. 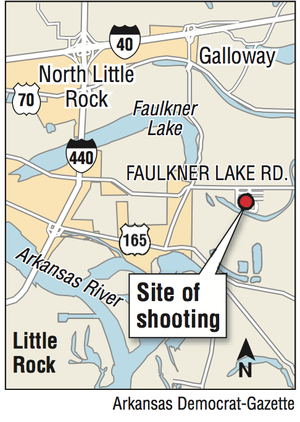 Ronald Jason Adams, 2̶0̶ 29*, of the East Pulaski Volunteer Fire Department responded shortly after 5 a.m. to a home at 211 Dortch Loop, off Faulkner Lake Road, according to the Pulaski County sheriff's office. A person at the residence was reported to be having a seizure.

The sheriff's office said that minutes after Adams was dispatched, it received a call that a firefighter been shot at the residence.

Adams was taken from the home to Baptist Health Medical Center in North Little Rock, where he was pronounced dead.

The sheriff's office arrested the homeowner, Mark Eugene Pruitt, later Friday. He was charged with manslaughter.

A handcuffed Pruitt, 47, spoke briefly to reporters while being transported from the sheriff's office to the Pulaski County jail.

"Someone come in the home," he said.

When asked if that person identified himself or was wearing a uniform, Pruitt said no.

Adams, who went by his middle name, Jason, lived in North Little Rock and responded to the call at the home because he was nearby, according to Ameling.

"Volunteer fire department members like that, sometimes they do respond in just regular, plainclothes -- their bluejeans, their T-shirt. Due to the time of morning, a lot of times they've got pagers on. And when that pager goes off, they respond in whatever they're wearing at the time," Ameling said.

The sheriff's office did not release further details in the case.

Manslaughter is a Class C felony punishable by a prison term of three to 10 years.

Adams was a lieutenant at the Sherwood Fire Department in addition to volunteering with the East Pulaski department.

The Sherwood department announced his death Friday morning on Facebook, saying its firefighters had lost a "brother." The statement included a photo of Adams, in uniform, smiling.

"Jason had a witty sense of humor and could make everyone laugh. He will be greatly missed. Please keep his family and friends in your prayers as we go through this hard time," the statement reads.

Sherwood Fire Chief David Teague said Adams was the first to die on the job in the department's 65-year history. Adams had worked at the department five years. He'd been a volunteer firefighter for 10 years.

Teague recalled that Adams "ate, drank and slept the fire department." He said an enthusiastic Adams called him minutes after graduating from the Arkansas Fire Training Academy. He was ready to go to work.

"It's a big loss for us," Teague said. "And a big surprise. You're never ready for something like this. He was good one. Anything we needed, he was ready to do."

According to Pulaski County property records, Pruitt is the owner of Mark Pruitt Auto Sales and Services in North Little Rock.

Sheriff's office records show that deputies have responded to multiple calls at his Dortch Loop residence since he bought the property in 2006. None of the calls led to charges against the residents.

Pruitt reported in 2007 that his stepdaughter, a minor, had run away. He also reported that year that a license plate had been stolen from the home, according to the sheriff's office.

Deputies investigated an attempted burglary at the house the next year.

In 2010, two gasoline cans were reported stolen from the address.

The sheriff's office responded to a burglary alarm at the home in 2014, but nothing was taken.

Sheriff's office spokesman Capt. Carl Minden said certain addresses with a history of incident reports are flagged for the safety of first responders. In those cases, firefighters or paramedics wait for deputies to arrive before entering the residence.

It's not common, Minden said, and none of the previous calls at the Pruitt home warranted that designation.

"The vast majority of the time, you'd think the danger would be low," he said. "You get a call for a seizure or somebody having a diabetic reaction, or something of that nature, you would think your threat level would be low. But quite frankly, you just never know what you're walking into."

The property, in the Saddlewood Acres subdivision east of Interstate 440, was cordoned off with yellow tape while the sheriff's office investigated Friday. Minden said heavy snowfall overnight had made it difficult to transport evidence and witnesses from the scene, which slowed the investigation.

*CORRECTION: Ronald Jason Adams, a firefighter with the East Pulaski Volunteer Fire Department who was fatally shot while responding to a call, was 29. An incorrect age was given in this article.