Quarterbacks at the forefront 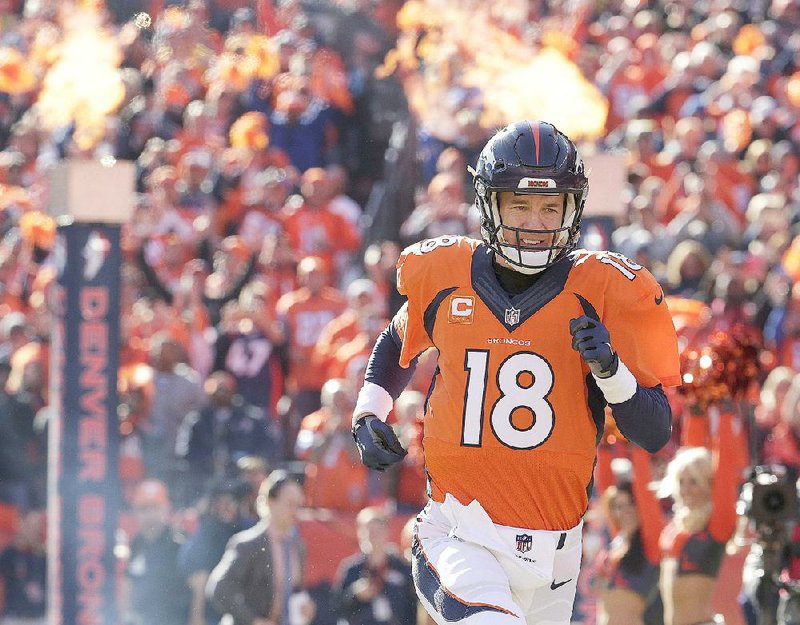 Perhaps it's fitting that the 50th Super Bowl features a matchup between Peyton Manning's Denver Broncos and Cam Newton's Carolina Panthers in a time when the NFL is all about the quarterbacks.

At 39, Manning -- the only five-time MVP in history and one of the faces the league -- is the oldest starting QB to lead a team to the big game. Most folks figure his fourth Super Sunday will be the last time he dons a helmet.

Newton, meanwhile, is part of the new guard. He is expected to be honored as the MVP for the first time -- fans chanted those three letters during the NFC Championship postgame ceremony -- and he'll be playing in his first Super Bowl.

Carolina ran away with a 49-15 victory over the Arizona Cardinals for the NFC title Sunday night, after Denver edged the New England Patriots 20-18 in the AFC.

"There's no question, this is a sweet day, this was a sweet victory," Manning said. "To me, this victory sort of is a great example of what this entire season has been like. It hasn't been easy."

The Feb. 7 game at Santa Clara, Calif., will be the Broncos' record-tying eighth Super Bowl appearances -- they won twice in the late 1990s -- and the Panthers' second.

Carolina opened as a four-point favorite with most bookmakers.

Manning, of course, will get much of the attention over the next two weeks.

But this is a different version of Manning.

He's still as good as anyone at diagnosing defenses and changing things up -- or appearing to, anyway -- at the line of scrimmage. He's still out there yelling "Omaha!" But he is not quite as capable as he was, once upon a time, when it comes to putting the football exactly where he wants it, especially on deep routes.

This has hardly been a record-setting season for Manning -- or, until now, one worth remembering. Overall, the bad far outweighed the good, including one game with a passer rating of 0.0, 17 interceptions to 9 touchdown passes in the regular season, being sidelined for 6 weeks with a series of injuries, his first NFL game as a backup, and vehemently denied a report linking his wife to the banned drug HGH.

"My role has been different and my contributions are different," Manning said. "But I'm fortunate and grateful that I have the opportunity to contribute still, in some way. And it's a great honor to be going back to the Super Bowl."

He's going to California thanks in large part to the league's best defense, which led the NFL with 52 sacks and allowed fewer yards than anyone else this season, then made life difficult as can be for Tom Brady and the Patriots on Sunday. Linebacker Von Miller led the way for Denver, with 2 1/2 sacks and an interception.

"Defensively, we were just tremendous," said Denver's Gary Kubiak, the seventh coach in NFL history to get to the Super Bowl in his first year with a team.

The Denver defense will have its work cut out for it against Newton and a Carolina team that averaged a league-best 31.2 points during the regular season.

And Carolina can play some serious defense, too. The Panthers piled up seven takeaways against the Cardinals -- six on defense, one on special teams -- including an interception returned for a score by linebacker Luke Kuechly.

"We've just got to try to get some pressure on [Manning]," Kuechly said. "That's the biggest thing."

Print Headline: Quarterbacks at the forefront