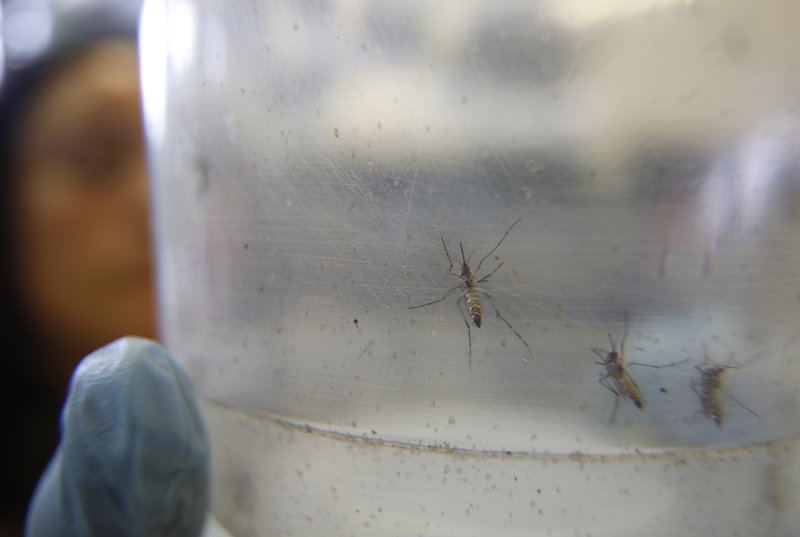 A researcher holds a container with female Aedes aegypti mosquitoes at the Biomedical Sciences Institute in the Sao Paulo's University, in Sao Paulo, Brazil, Monday, Jan. 18, 2016. The Aedes aegypti is a vector for transmitting the Zika virus. (AP Photo/Andre Penner)

An Arkansas resident who recently traveled abroad has tested positive for the Zika virus, which is commonly spread by mosquitoes, the state Department of Health said Tuesday.

The test results were confirmed by the Centers for Disease Control and Prevention on Monday, according to a news release.

A spokesman with the state Department of Health said the person traveled to the Central American/Caribbean region but would not disclose further details about the resident or the trip, citing privacy laws.

The virus is native to the Western Hemisphere. The first case in the Americas was observed in Brazil in 2015.

According to the CDC, there is no vaccine or medication to treat the mild effects of the virus, which usually does not require hospitalization of adults.

The virus poses the biggest threat to pregnant women, as it has been linked to a birth defect causing a baby's head to be smaller than average, the CDC said.

The CDC has issued a level-2 travel alert advising women to postpone travel to countries where the disease is transmitted.