Corporate landlords on the rise 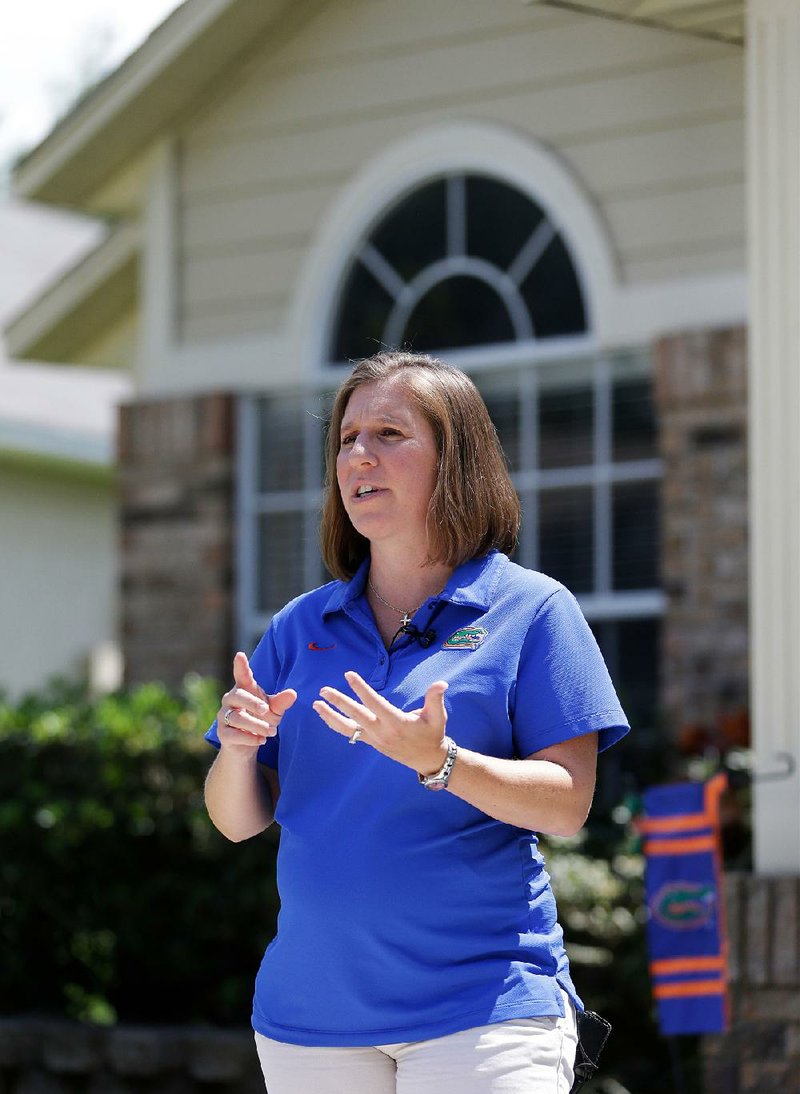 Homeowner Michelle Harner stands in front of her house in the Piedmont Park neighborhood of Apopka, Fla.

APOPKA, Fla. -- Many of the single-family homes in the Piedmont Park neighborhood of Apopka used to be owned by families. Now, they're owned by companies associated with big real estate investment firms, and the occupants are tenants.

The percentage of renters in Piedmont Park rose from a bit over 10 percent to more than 35 percent within a decade.

In the aftermath of a housing crisis, metro Orlando suffered one of the highest foreclosure rates in the nation. Several homeowners have said they're considering selling their homes because there are so many renters now, said Karin Settle, president of the local homeowners association.

"If these people come in and they're out-of-state investors -- some place in Canada or Arizona -- you don't really have a physical office or people to contact about when there is something going on with the home," Settle said.

"On the good side, they come in, renovate the house, typically gut it. They paint it, fix the fence and it looks nice from the curb. But then these companies don't take a lot of pains in terms of who they rent to."

Laura Smith, a resident for 17 years, was close friends with her neighbors in the house behind hers until they moved a couple of years ago. Since then, she said, it's been one renter after another.

"They just come and go; you just see different cars," Smith said. "I say to myself, 'I should make a better effort to get to know them.' But by the time I get around to it, they're gone."

The three-bedroom, two-bath home next door to Michelle Harner's house was sold in March. She was hoping that owner-occupants would move in. But the telltale signs of a corporate landlord appeared within days.

"Somebody doesn't buy a house like that and turn around and rip everything out and completely remodel the whole thing and put a new roof on it five days after buying the house," she said.

Property records show that the house was bought at the end of March by Freo Florida LLC for $145,000. Freo Florida, part of Progress Residential Trust, which owns more than 3,000 homes around the nation, listed the house on Zillow as a rental for $1,325 a month.

Some renters do show pride in tending to their homes, Harner said, but it's often easy to pick out which homes are rentals. Yards tend to be untended, cars are parked all over the street, "and you see one family a year come and go."

The transient nature brings other challenges. At a recent homeowners' association meeting to discuss installing a new playground, only nine homeowners showed up from a neighborhood with more than 400 residents.

"When you have a high percentage of renters, you end up having a low turnout at things like homeowners' association meetings, when you do a community yard sale," Harner said. "That collaboration sort of declines."

But ask the renters themselves, and some will say that very sense of community is what they value most about living there.

Nicole Caverly, who began renting in the Piedmont Park neighborhood this year, doesn't consider herself a disengaged neighbor.

After having lived for years in an apartment building where people kept to themselves, she said she loves living where she can chat with neighbors during walks.

The previous owners had lost the house to foreclosure in 2015, after which it was bought by Freo.

Caverly, a store manager, says the management company her landlord uses has been pleasantly responsive. It quickly fixed troubled locks on the front door after she moved in with her daughter and boyfriend.

She is saving for a down payment to buy a home. But she doesn't yearn for the responsibilities of ownership -- from having to fix appliances to dealing with insect infestations.

For now, Caverly said, "It's a renters' market, because nobody can afford a down payment."