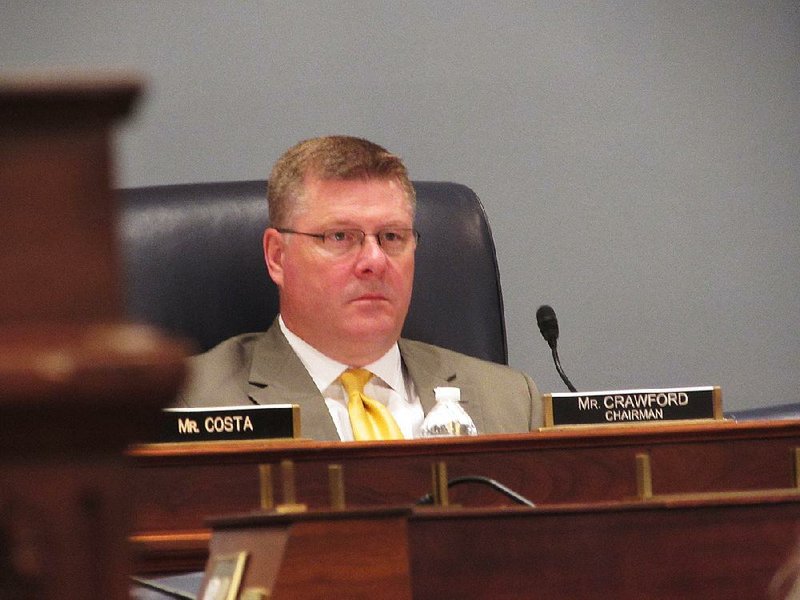 A proposed amendment that would have allowed U.S. producers to extend credit to Cuba for agricultural imports was withdrawn Wednesday by U.S. Rep. Rick Crawford, R-Ark., who announced that he will work with south Florida legislators, long opposed to opening trade with the communist island-nation, to find a longer-term solution.

Crawford, whose 1st District encompasses eastern and northern Arkansas, made the surprise announcement Wednesday night on the House floor.

In a telephone interview Thursday afternoon, Crawford said his amendment, even if passed, would have been good only for one fiscal year.

"We've had a mindset for 50 years that a trade embargo somehow is going to weaken the Castro regime," Crawford said. "I think the agreement we came to last night is better than anything we've ever done on this issue."

Crawford thanked U.S. Rep. Mario Diaz-Balart, R-Fla., who followed Crawford in making remarks from the House well that were televised Wednesday by C-SPAN.

"Rep. Diaz-Balart came down to the floor and gave me his word," Crawford said about agreeing to work together toward a long-term solution. Crawford said he also has support from members of the House agriculture, financial services and foreign affairs committees. "I don't know how much more binding you can get than that -- to go on national television and say you're looking for a better solution."

As diplomatic ties with Cuba have been relaxed over the past year, Arkansas farmers have been clamoring to sell their goods there but have been stymied by an embargo that's been in place since 1962. Arkansas leads the U.S. in rice production and is second in the nation in poultry production.

Rice and poultry producers say Arkansas exports to Cuba could amount to as much as $40 million a year. Total U.S. exports to Cuba have been estimated as reaching $4 billion. Currently Arkansas' agriculture industry is valued at $20 billion per year.

"Cuba represents a great opportunity for Arkansas' economy, most notably our agricultural sector," Mike Preston, executive director of the Arkansas Economic Development Commission, said in a statement. "While we expect Cuba's agricultural imports to be significant, we also see opportunities for other sectors of Arkansas' economy to export products there such as steel and manufactured goods. To be competitive in today's global economy, it is imperative that Arkansas companies look for new markets, and Cuba is a perfect example of a new export opportunity."

Arkansas Agriculture Secretary Wes Ward said Arkansas rice could reach Cuba in as few as three days, making Arkansas an intriguing importer option for that country. Ward said it can take up to 30 days for products to be shipped from Vietnam where Cuba now gets much of its rice.

While Americans can ship goods to Cuba, the goods must be paid for in advance with cash. U.S. law forbids the extension of credit to Cuba.

Lacking the cash to trade with the U.S., Cuba has turned to other nations for imports. Crawford sought to change that last fall by introducing the Cuba Agricultural Exports Act, or House Resolution 3687. With no movement on that bill, Crawford recently attached an amendment to an appropriations bill essentially seeking the same result -- allowing Cuba to buy on credit.

Lawmakers from south Florida, which has a large Cuban-American population, have long opposed lifting the embargo at least until the Cuban government addresses human-rights abuses.

Crawford now is dropping his legislation and his push for the appropriations bill amendment.

"I think they [south Florida's U.S. representatives] recognize we're not doing it [agreeing to work together on a solution] to validate the Castro regime or to empower or endorse the president's [Barack Obama's] actions, but that we instead are doing this on behalf of United States agriculture producers," Crawford said. "With the low commodity prices we've had the last three years, we are looking at every market we can find."

Ward said he understood the reasoning for dropping the amendment. Offering legislation at a different time will allow lawmakers to come up with a more permanent fix in dealing with Cuba. Hearing that Crawford was lining up support from others in Congress is encouraging, Ward said.

"I think it's a matter of time for those restrictions and the embargo to be lifted," Ward said. "How long it will take, I'm not sure. But it sounds like Congressman Crawford has pretty strong commitments from House leadership to be able to move that forward for a long-term solution."

Ward recently made his second trip to Cuba, joining a delegation led by members of the Arkansas Rice Federation. Gov. Asa Hutchinson, Preston and Ward were part of a group of more than 40 who visited Cuba in September.

Diplomatic relations between the two countries were restored in 2015. Trade restrictions remain, but Ward said the U.S. influence there is already evident.

"I was really amazed to see the difference in nine months. There are a lot more tourists, a lot more Americans there," he said. "There are construction projects, more traffic. It's changing. The American dollar, the American influence is already having an effect. Cuba is allowing more free-market, private-industry projects as opposed to everything being state-run. It's a very interesting and fascinating process."