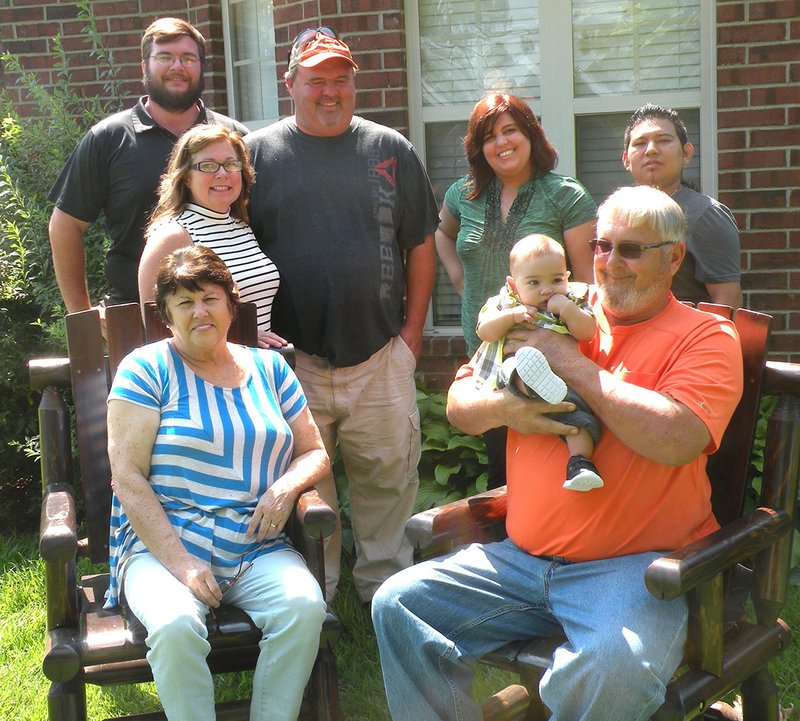 The patriarch of the family is Donald Lewellyn, 67. He is assisted in the operation by his son, Michael Lewellyn, 39, and grandson, Quake Lewellyn, 23. Donald, Michael and Quake have their own farms as well.

The Lewellyns are the 2016 Jackson County Farm Family of the Year.

They farm 5,800 acres in four counties — Jackson, Independence, Poinsett and Craighead. They raise 4,000 acres of rice and 1,800 acres of soybeans, which are all irrigated, and 100 acres of wheat.

“It’s a good thing,” Donald said of the recent honor the family received. “I’ve waited 49 years to get it.”

“In the bad years, I bought the groceries,” said Marsha, who is a schoolteacher.

Michael’s wife, Kerri, 48, said, “We all have to work on the farm and help each other out.”

The Lewellyns market the rice in bins through Delta Grain Marketing in Jonesboro and haul some to Poinsett Rice and Grain, located in several nearby locations. Soybeans are normally booked and hauled from the field to the granary, usually to Memphis.

“We try to have 75 percent of the crops booked by harvest,” Michael said.

He said they try not to “grow more than 20 percent a year,” although they do want “to be able to purchase land for future generations.”

Donald and Marsha have been married 47 years. Their older son, Randy Lewellyn, 45, lives in Beebe. Randy’s daughter, Kelsey Lewellyn Alvarado, and her husband, Alfredo Alvarado, have a 5-month-old son, Breyson Ray Alvarado; they live in the Valley View community near Jonesboro.

A son of the late J.S. and Louise Lewellyn of Cash [in Craighead County], Donald began farming with his father.

“By the time we got married, I was farming on my own,” he said.

Donald was the fire chief in Grubbs for 20 years.

Marsha grew up on a farm in Grubbs, a daughter of the late Eugene and Grace Mitchell.

“I always said I was never going to marry a farmer,” Marsha said, laughing.

Marsha has a Master of Science in Education degree from Arkansas State University in Jonesboro and teaches special education at Harrisburg High School. She previously taught in the Valley View and Westside school districts in Jonesboro.

Michael graduated from Grubbs High School in 1995 and from ASU in 2001 with a bachelor’s degree in agriculture business.

Michael helped his son, Quake, who graduated from Tuckerman High School in 2010, rent land and gave him equipment to help him get his start in farming.

“We all have our own farms, but we help each other out,” Quake said.

“My wife, Kerri, and I work side by side in our operation,” Michael said.

Kerri grew up in Grubbs, a daughter of Roger Betts of Albany, Louisiana, and Ruth E’steen Lancaster of Tuckerman. She said her grandparents and great-grandparents were farmers, dating back to the 1800s.

She graduated from Tuckerman High School in 1986 and attended ASU. She and Michael have been married since 2006. In addition to working with Michael on the farm, Kerri is employed at Norman and Baker Pharmacy in Newport.

“We farm in four counties,” he said, “so it takes all family members to help in daily activities, moving equipment and overseeing daily operations.

“If there was a true farm family, this is one.”