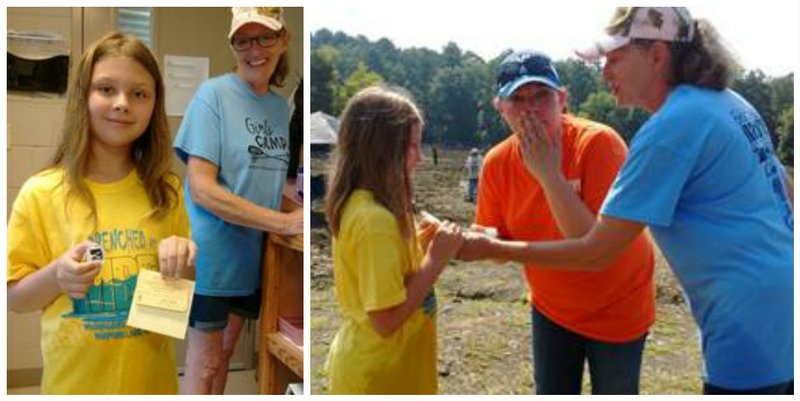 LEFT: Grace Houston holds a 1.53-carat diamond she foudn Saturday at Arkansas' Crater of Diamonds State Park. RIGHT: Grace and her grandmother tell her mother of the find.

The park said in a news release that Grace Houston found the diamond Saturday on the family's second day of searching at the park.

The trip was a surprise for Grace, who enjoys geology and wants one day to become a geologist, the release said. It noted the family searched for diamonds on the first day despite a heat advisory in effect for much of the state, including the park near Murfreesboro.

"Grace was determined to find a diamond and declared that she would have come back, even if it meant coming alone," the release said.

Earlier this year, a St. Louis woman found a 1.8-carat diamond at the park.