Clinton 'baby' grows up to be foundation deputy 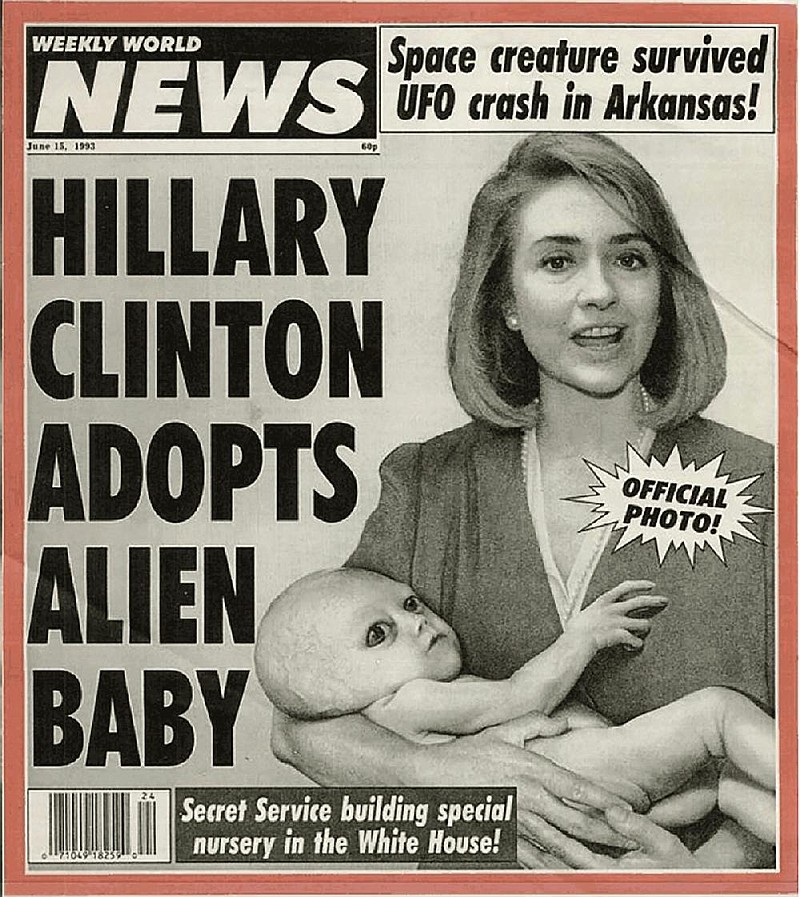 Hillary Clinton has always had a soft spot for society’s abandoned and outcast, including alien babies. Fayetteville-born Otus the Head Cat’s award-winning column of humorous fabrication appears every Saturday.

In all his infantile, blustering, idiotic tweets about Hillary Clinton, I'm surprised Donald Trump has not mentioned her adoption of an alien baby back in '93. Surely he has something banal to say about what right-minded Americans considered an act of selfless maternal kindness in the face of an unfortunate situation. 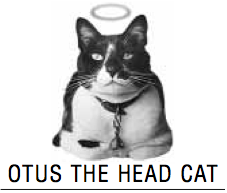 What happened to the little guy? I can't find him on Google.

It was wholly a pleasure to hear from you, as it always is from readers in Greene County, my adoptive family's old stomping grounds.

I'm also pleased to bring you up to date on what was a breathless story that made international tabloid headlines in June 1993.

The alien baby you call "the little guy" made further headlines in 1995 when it was discovered that it possessed alien hermaphroditic morphodite DNA not unlike tunicates or pulmonate snails.

It wasn't until the alien baby had reached what scientists considered its adolescence (at about 2 years of age) that the germline mosaicism was uncovered.

In other words, the baby was neither male nor female, but both. That means he/she has the option of using whatever public restroom facilities are available in North Carolina without fear of legal ramifications.

Many trace Hillary's long-standing advocacy of LGBTQ&A rights to her involvement with the alien baby.

According to The Activist's Guide of the Yogyakarta Principles in Action movement, the A initialism for "alien" has been fully accepted by representatives of the lesbian, gay, bisexual, transgender and queer communities on the off chance that more aliens crash land in Arkansas or elsewhere.

And it's no wonder that you were not able to find information on the alien baby, to whom the Clintons assigned a masculine personal pronoun for convenience, named John Stanley Clinton and raised as a boy.

To avoid the tabloidistas, John Stanley legally changed his name to Henry Oren Grisham when he reached maturity (at age 5) and went off to college at Stanford University.

Earlier, John was home-schooled at the White House by Hillary, along with astrophysicist Matija Cuk and Bill Nye the Science Guy.

Cuk (who has a degree from the University of Belgrade, Serbia) is currently a SETI Institute scientist specializing in planetary dynamics. It was Cuk who used reverse trajectory calculus to determine that John's spacecraft originated from six parsecs past the Hydra-Centaurus Supercluster (SCl 128) 200 million light years away.

The spacecraft caused a sensation when it crashed on Rich Mountain on May 2, 1993, while looking for tylium ore fuel deposits northwest of Mena. The area was cordoned off for a month while scientists and government officials examined the remains of what were assumed to be John's parents.

It was shortly afterward that the former first lady stepped in and rescued John from a life of exploitation and derision.

Bill, Hillary and Chelsea took great pains to protect John from the prying eyes of the paparazzi and allowed him as normal a childhood as possible. The few rare photographs from those early years show John romping on the South Lawn of the White House with Socks the Cat and, in 1997, Buddy the family Labrador retriever.

These days, John (or rather Henry) serves as deputy to Clinton Foundation president Raquel Ochmonek and lives quietly in the Hillcrest neighborhood of Little Rock, where he walks his Griffon Bruxellois, Neep, and raises prize-winning barred Plymouth Rock chickens in a coop in his backyard.

Until next time, Kalaka reminds you that tunicates can be zooids and live together in a zoon.

Print Headline: Clinton 'baby' grows up to be foundation deputy