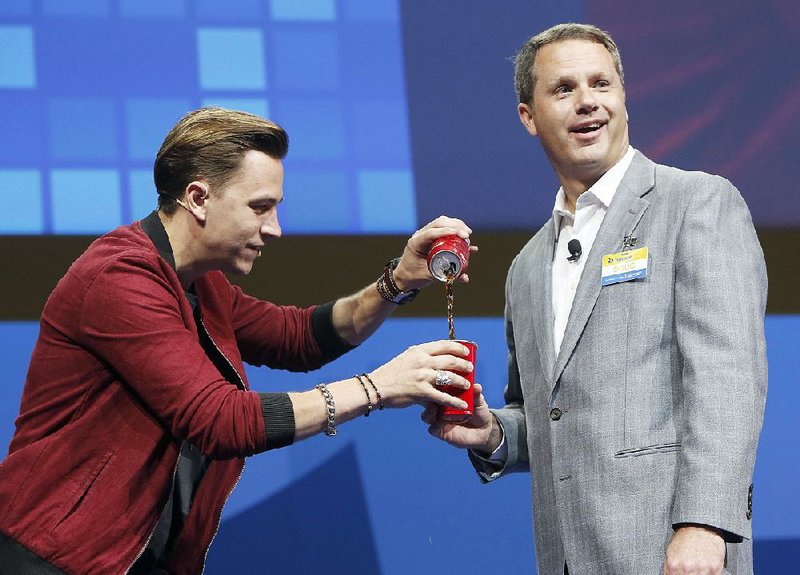 FAYETTEVILLE -- A friendly face is returning to Wal-Mart Stores Inc. as part of the retailer's continuing efforts to emphasize its commitment to low prices and customer service. 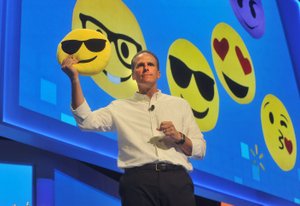 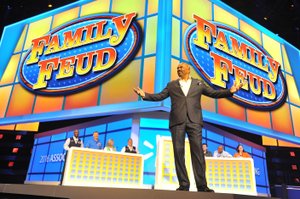 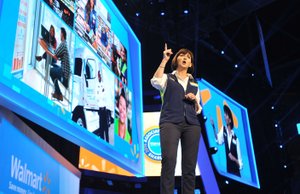 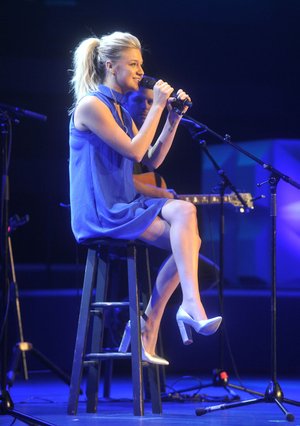 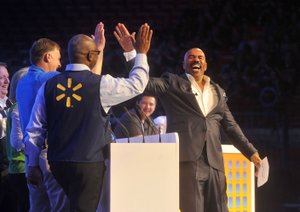 Smiley, the retailer's smiling yellow logo, will become a fixture at Wal-Mart once again after being "behind the scenes" for the past 10 years. Judith McKenna, chief operating officer for Wal-Mart U.S., announced the logo's return during the company's meeting for U.S. employees, which was held Wednesday in the University of Arkansas' Bud Walton Arena in Fayetteville.

"Smiley is back," McKenna told about 2,600 U.S. employees. "His return is just perfect. He sends exactly the right message about customer service, everyday low prices and having some fun along the way. We're going to see even more of him in the coming weeks and the coming months."

Wal-Mart first introduced Smiley in 1990 as a sticker, and by 1996 the logo had become the symbol for the retailer's price cuts, or rollbacks. Even though the smiling logo has not been featured by Wal-Mart for nearly a decade, Chief Marketing Officer Tony Rogers said in a blog post that nearly 70 percent of Wal-Mart's customers still associate Smiley with savings.

So the yellow logo will reappear as a marketing tool in advertising and on signs in some stores in the coming weeks, the company said. While the logo previously was associated with price cuts specifically, Rogers said it now represents all low prices as Wal-Mart works to re-establish its place as a low-price leader in an increasingly competitive environment with retailers such as Amazon.com and Target.

The logo's reintroduction comes two weeks after Wal-Mart revealed that it had moved forward with price adjustments ahead of schedule in the first quarter. Greg Foran, chief executive officer of U.S. stores, said during a teleconference with reporters last month Wal-Mart had begun strategically lowering prices on items during the quarter.

Rogers said in the blog post on Wal-Mart's website that: "You've heard us talk a lot recently about the importance of leading on price. Low prices have always been our key differentiator and we have an unwavering commitment to providing our customers with low prices every day."

The logo's return is the latest tradition revived by Foran and his team in recent years.

Last year, Foran told employees during the company's U.S. meeting that the retailer would bring back Wal-Mart Radio -- the music played in stores -- as well as name badges bearing the slogan "Our people make the difference." The company also announced earlier this year that greeters would return to the front of stores in an effort to improve customer service.

Martin Thoma, co-founder and principal of the Little Rock brand-development firm Thoma Thoma, said it's not a surprise to see a company revive a successful logo or ad campaign. He believes the smiling logo was one of Wal-Mart's most recognizable symbols.

"It's not an everyday thing, but it's also not uncommon," Thoma said. "How much did it resonate and did it work?"

Smiley's return also serves another purpose for Wal-Mart as executives emphasized the company's "happy to help" philosophy during Wednesday's meeting.

Indeed, happiness was one of the dominant themes as Wal-Mart treated its U.S. employees to a morning meeting that included appearances by television personality Steve Harvey and country musician Kelsea Ballerini. Harvey told employees that "your attitude determines your altitude" before hosting a Family Feud segment that produced plenty of laughs.

"You look so much better when you smile," Harvey told employees in attendance.

A handful of Wal-Mart workers were highlighted for their customer service efforts as McKenna described the retailer's employees as "difference makers."

Employees in attendance also were presented with a small gift to drive home the day's theme: Two pins with the Smiley logo inscribed with "Give a smile. Get a smile." One pin is to be worn, while the second is to be shared with a co-worker.

Improving customer service by boosting employee morale has been one of Wal-Mart's objectives under Chief Executive Officer Doug McMillon. The retailer is in the second year of its $2.7 billion investment in wage increases and training for employees. Executives believe the efforts are paying off.

The retailer logged an increase in traffic in its stores for the sixth-straight quarter and reported same-store sales growth for the seventh-straight quarter. The company also provided an update on its "clean, fast and friendly" initiative for stores Wednesday with scores rising from 17 percent to 76 percent the past year.

"There's something else and it goes way beyond the numbers," McKenna said. "It's something you can see and you can feel. We're always raising expectations, I know that. But when I'm out in stores I can see we're getting better. The business is improving. And even more importantly, we're restoring pride back into our business."