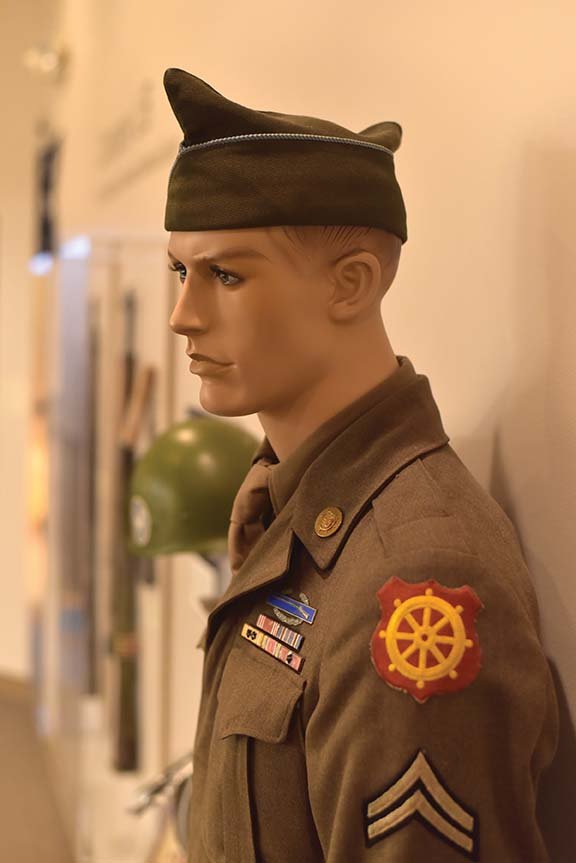 On June 13, The Old Independence Regional Museum’s Mondays at the Museum will present a World War II theme that will teach children about plane identification, signal flags and more. This item relates to the National Guard company that was stationed out of the building that is now the museum, director Amelia Bowman said.

BATESVILLE — At The Old Independence Regional Museum, summertime history lessons are fun, hands-on and take place for just a few hours each week.

Mondays at the Museum, a day camp hosted at the museum, will be held each Monday in June. The day camp began about eight years ago — thanks to the museum’s previous director, Amanda Nikkel — and provides first- through sixth-graders with crafts, educational lessons and activities related to various historical times.

“It’s a good way for them to come and get a hands-on experience,” said Amelia Bowman, the museum’s director and humanities director. Bowman oversees the museum’s fundraising and all educational programs, such as school tours and day camps.

From 9 a.m. to noon each Monday, rising first- through third-graders will receive an introduction to the theme’s material, complete a craft associated with the theme and enjoy a snack that relates to the theme, too. From 1-5 p.m., similar activities will take place for rising fourth- through sixth-graders.

The weekly themes are as follows: Homesteading on Monday, World War II on June 13, the White River on June 20 and Native American Foods on June 27.

“We usually try to relate it to some of the exhibits we have in our museum,” Bowman said.

Bowman said this year is the museum’s first year to present a homesteading theme. Students will learn about farm life and create a homestead using a “grab bag” full of materials, such as string, Popsicle sticks and a pizza box. Because materials will be limited for this lesson, students will also learn how homesteaders had to provide for themselves and work with others.

“Not everybody will have everything that they need, so they’ll be able to trade,” Bowman said.

On World War II day, the camp will teach students about life during the war, and children will build and decorate wooden airplanes. During the White River day, both groups will make fishing lures, and the older age group will make a bridge out of Popsicle sticks.

The museum began planning this year’s Mondays at the Museum themes in January or February, Bowman said, and staff members revisited the plan, began ordering crafts supplies and started advertising the day camp to local schools over the following months.

Bowman, Nikkel and a couple of museum volunteers will guide the students through crafts and activities during the camp. Bowman said the museum is looking into conducting research on ways to attract older students for its programs.

“With the crafts, once they get out of that [first- through sixth-grade] age group, that’s not as interesting to them,” she said. “They tend to move toward sports.”

Bowman said much of the fun parts of history aren’t learned until college, but there’s no reason why students can’t enjoy history at a young age. She hopes students get a “fire” for history after completing the camp.

“I just hope that they’ll understand the importance of history and what we can learn from it,” she said. “It doesn’t have to be boring.”

Bowman said the museum, which can accommodate up to 25 students at each day camp, averages somewhere between 15 and 20 students per age group at the camps.

“We just think it’s really good for kids that have a history-oriented mind,” she said.

Mondays at the Museum costs $15 per person per day, or $50 to attend all four programs. Registration is required, and a registration form can be found at The Old Independence Regional Museum’s website, www.oirm.org.