The Arkansas Game and Fish Commission plans to vote on new rules June 24 aimed at controlling the spread of chronic wasting disease in the state. 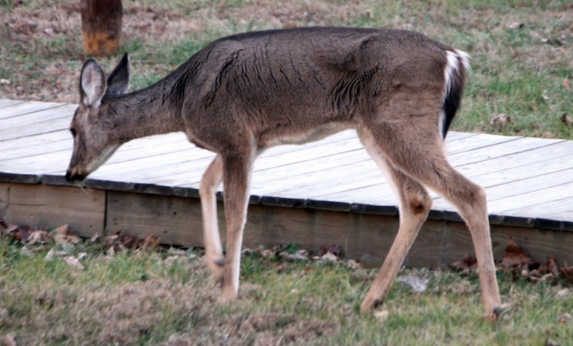 WHAT THEY'RE SAYING: Wildlife experts, scientists, hunters and others talk about CWD

QUIZ: What do you know about CWD?

The primary goal is containing the disease within the area of its highest concentration: Newton County and parts of Boone County, said Ricky Chastain, assistant deputy director for the commission.

"We want to control dispersal, and minimizing any exposure to contaminated specimens is important," Chastain said.

Proposals under discussion would:

• Require all hunter-killed elk to be submitted for testing.

• Greatly reduce the number of deer and elk in known contaminated areas. To that end, Chastain said, the commission probably will allow hunters to kill more deer in parts or all of deer management zone 2, which includes Newton and Boone counties.

• Prohibit the use of natural deer- or elk-urine scents and lures.

• Establish a chronic wasting disease management zone in counties where tests revealed the presence of the disease and adjacent counties.

• Allow button bucks -- those that have antlers less than 2 inches long -- to be checked as antlerless deer in deer zones and wildlife management areas within the disease management zone.

• Liberalize hunting regulations in deer management zones 1 and 2, which include all or parts of Benton, Carroll, Crawford, Madison, Washington, Boone, Newton, Marion, Searcy, Baxter and Stone counties. For example, remove the three-point rule, which currently limits kills to deer that have at least three points on one antler; and increase the bag limit from four to five deer and the antlerless bag limit to three for deer killed with firearms.

• Establish a core elk management zone of Boone, Carroll, Madison, Newton and Searcy counties, and allow hunters to kill any elk found outside those counties during deer season.

• Increase the private-land antlerless elk quota in the core elk management zone from 24 to 40.

• Create a noncommercial hunting enclosure permit for high-fenced facilities and require the facilities to submit samples of tissues from all deer that die within their enclosures. Such facilities would be required to allow annual inspections and maintain accurate deer-kill records. There would also be a moratorium on the issuance of new permits after July 1, 2017.

• Ban the feeding and baiting of wildlife in the chronic wasting disease zone and ban year-round feeding in the rest of the state. Hunters will be allowed to use bait to hunt deer from Oct. 1 through Dec. 31.

Director Mike Knoedl said the Game and Fish Commission might consider a regulation that allows feeding only from mechanical devices that disperse corn and other feed.

Such a regulation would prohibit bait piles, as well as mineral licks and any other solid attractant that multiple deer would share.

Year-round feeding is "not necessary, and it just exacerbates the problem of moving animals where they typically would not move," Chastain said.