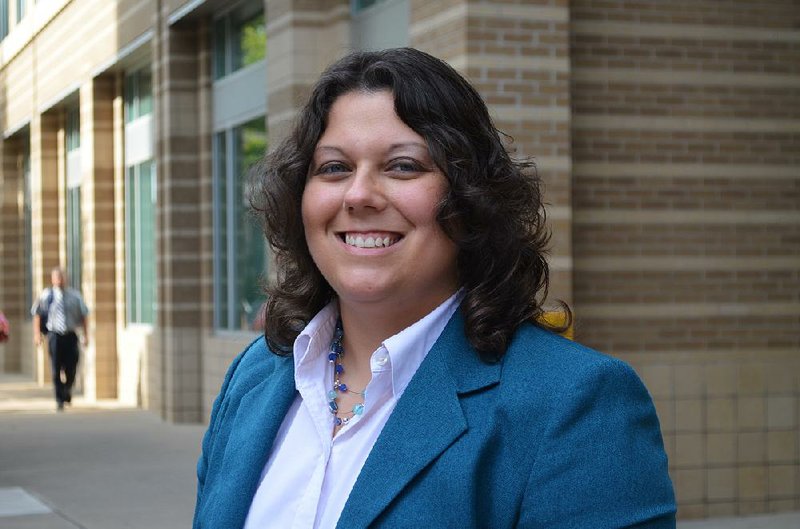 The number of Arkansans approved for coverage under the state's expanded Medicaid program increased by almost 25,000 from February through April, reaching more than 290,000, the director of the state Department of Human Services told legislators Wednesday. 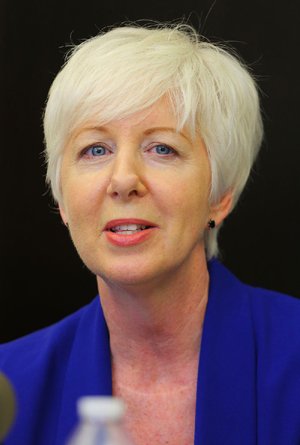 Photo by Stephen B. Thornton
Arkansas Department of Human Services Director Cindy Gillespie Tuesday, June 7, 2016, during a news conference at her office in Little Rock. 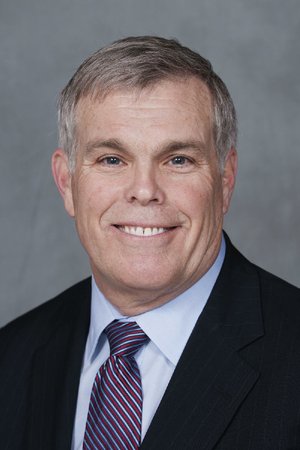 Director Cindy Gillespie also told members of the Health Reform Legislative Task Force that she plans to seek legislative approval to hire a "surge" of about 250 temporary caseworkers to help clear a backlog of work related to 100,000 Medicaid cases, including more than 34,000 applications for coverage that have been pending for more than 45 days.

"There's a lot of casework that is very old, because it started back when the systems weren't working," she said.

The expansion of the Medicaid program, which took effect in 2014, extended eligibility to adults with incomes of up to 138 percent of the poverty level: $16,394 for an individual, for instance, or $33,534 for a family of four.

State officials initially projected that the expansion would make 250,000 Arkansans eligible for coverage.

The 292,526 Arkansans approved for coverage under expanded Medicaid as of April 30 included 238,050 who had completed enrollment in private plans under the so-called private option as of March 15.

The total also included 45,346 Arkansans who were being covered under the traditional, fee-for-service Medicaid program, either because they had health needs that were considered to be exceptional or their coverage under private plans had not yet kicked in.

The remaining 9,130 people were temporarily assigned to the traditional Medicaid program because they had not completed an earlier stage of the enrollment process.

State Medicaid Director Dawn Stehle said the enrollment has exceeded the projections partly because of a decline in employers offering job-based coverage and a greater-than-expected enrollment in expanded Medicaid by people who could have qualified even before the expansion.

Human Services Department officials have said, for instance, that some people with disabilities can obtain coverage directly through the expanded Medicaid program instead of having to apply for federal disability benefits first.

The department installed the eligibility system because it was needed to determine eligibility under rules that went into effect in 2014 and apply to expanded Medicaid as well as parts of the traditional Medicaid program covering more than 630,000 Arkansans.

Gillespie said the system is doing a better job of processing new applications, but its poor functioning in the past contributed to a backlog of applications, and changes in coverage also require manual work by caseworkers.

The overdue casework included 51,172 requests for changes to a Medicaid recipients' coverage that had been pending for more than 20 days, said Mary Franklin, the department's interim director of county operations.

Such changes could result from an increase in a recipient's income or a request for the coverage to be canceled because the recipient had enrolled in employer-sponsored coverage, Gillespie said.

Of the pending applications, about 25,000 will be denied because the applicant didn't respond to requests for information needed to determine their eligibility, Gillespie said. The applications are considered to be pending because caseworkers haven't had time to send out denial letters, she said.

More troubling, she said, are about 8,288 applications or other pieces of casework that have been labled "problem cases" because they require extensive manual work to complete.

In some cases, the work is done by experienced caseworkers with abilities "close to the level of a computer analyst," she said. In other cases a computer programmer must fix the problem.

To clear out the backlog, she said the department hopes to hire Reston, Va.-based Maximus to provide the caseworkers through Dec. 31 at a cost of about $7.5 million.

In addition, she said the department hopes to spend about $2.6 million on a contract with Princeton, N.J.-based eSystems to provide more computer programmers, and it has reassigned about 90 caseworkers to focus full time on resolving some of the most difficult cases.

An $875,000 contract with the Arkansas Foundation for Medical Care would provide more workers at a call center to handle questions from applicants and recipients.

In all, the effort would cost about $8.4 million, with $2 million coming from state funds and the rest coming from the federal government.

The contracts would all end on Dec. 31, when the department hopes to have the backlog cleared, she said.

She said the department hopes to gain approval from the Legislative Council for the contracts in July.

The backlog is "is unacceptable, and we want to clear this out and fix this," Gillespie said.

Lawmakers said they were glad to see the issue being addressed.

Rep. Dan Sullivan, R-Jonesboro, told Gillespie the backlog is creating difficulties for thousands of Arkansans every day. In one instance, he said, a child was unable to get medication, was kicked out of school and is going to an alternative school.

Although the federal government has paid the full cost of coverage under expanded Medicaid, Arkansas will be responsible for 5 percent of the cost starting next year.

Through the state fiscal year that ends June 30, 2017, that cost is expected to total about $43 million, Stehle said.

She said officials are studying whether the state's projections for enrollment and costs should be revised.

In an application for an extension of the federal waiver authorizing the private option, the department estimated that enrollment in the private plans would average 246,126 in 2017.

By 2021, enrollment in private-option plans, as well as employer plans subsidized by the expanded Medicaid program, was expected to reach about 272,000.

As part of its request for an extension of the private-option waiver, Arkansas plans to ask for changes that Gov. Asa Hutchinson has said would encourage enrollees to stay employed and take responsibility for their health care.

Those changes include charging enrollees premiums of up to about $19 a month and providing coverage to some enrollees through subsidized employer plans.