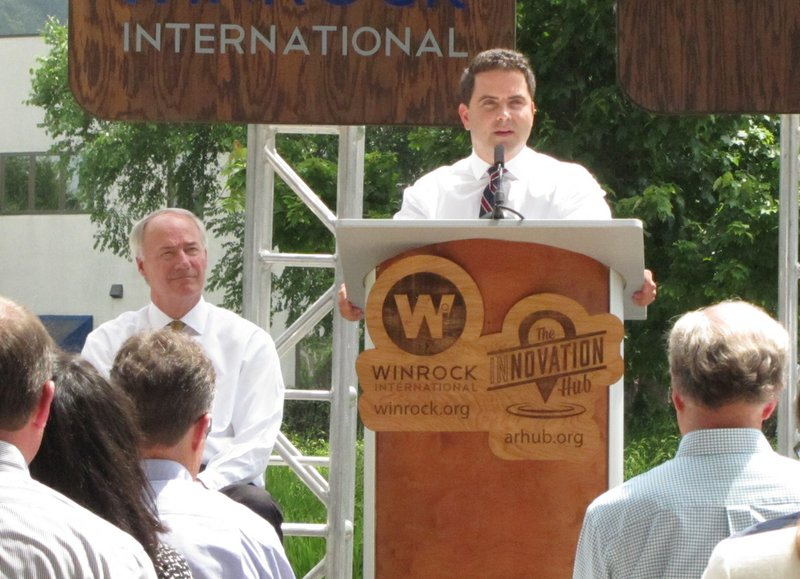 The merger of the central Arkansas-based nonprofit organizations will allow for expanded opportunities to grow economic development in the state through workforce training and innovation, officials said at a news conference.

As part of the announcement, Innovation Hub Executive Director Warwick Sabin will become senior director of U.S. programs at Winrock.

He replaces Annett Pagan, who recently retired from Winrock after nearly 20 years with the U.S. programs group.

Sabin said the combining of forces will allow the nonprofits to “elevate and amplify” what the Innovation Hub was doing, while bringing a “new energy” to Winrock.

“We created a truly dynamic model that combines technology, entrepreneurship, arts, design and other related disciplines to provide education and enterprise development to youth and adults," Sabin said.

Discussions about a possible merger with Winrock began nearly a year ago, though the nonprofits had been in communication since the Innovation Hub’s “earliest days," he said.

Gov. Asa Hutchinson, who also attended Wednesday’s announcement, spoke on the importance of the merger in response to "momentum" in the state economy.

"It's a mobile society. We have to innovate and we have to create. We have to look at what's around the corner," Hutchinson said.

Rodney Ferguson, president and CEO of Winrock, said Wednesday that the nonprofits are "on the brink of something that's going to be exceptional."

“Today in many ways is a new day for Winrock,” Ferguson said. “It’s a reaffirmation of our commitment to Arkansas and this region, and it’s a thank you to all of you who have been part of our network for so many years.”