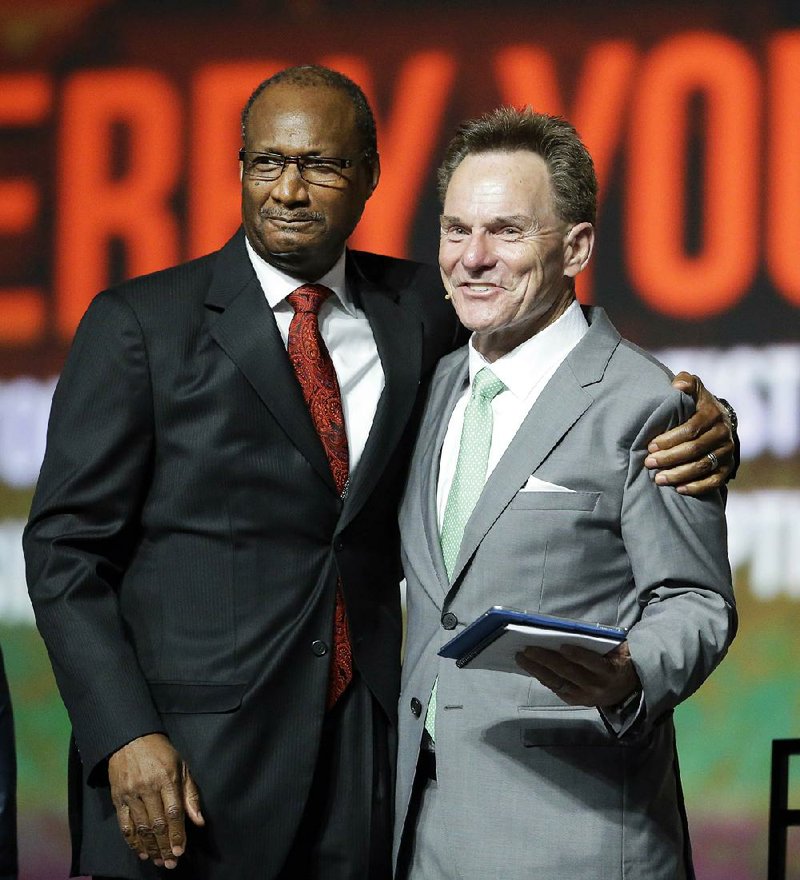 Members of the Southern Baptist Convention passed a resolution Tuesday to discourage churches from flying the Confederate flag, after a panel discussion and a speech from the president addressing race relations.

More than 7,000 attendees, known as messengers, are gathered in St. Louis for the denomination's annual meeting, which concludes today.

The resolution originally asked churches to "consider prayerfully whether to limit, or even more so, discontinue" displaying the flag, but an amendment from an attendee offered a firmer stance.

The final resolution calls on church members "to discontinue to the display of the Confederate battle flag."

This resolution sparked some contention but eventually passed.

Jason Lupo, a pastor at Lamar Baptist Church in Louisiana, spoke in favor of removing the resolution from the docket because he said it's a political issue, not a "kingdom issue."

"We are talking about one particular symbol that is used by some and is perceived by many as a symbol of racism and that causes great harm," said Stephen Rummage, chairman of the resolutions committee.

Resolutions are not binding on individual Southern Baptists or churches, which are considered to be autonomous. But they are a way for Southern Baptists to express the mind of the denomination and to take a stand on issues they consider important.

President Ronnie Floyd, senior pastor of Cross Church in Northwest Arkansas, said in his presidential address Tuesday that bigotry is a national problem, as shown by riots in Ferguson, Mo., the killing of nine at a church in Charleston, S.C., a year ago, and this week's massacre in Orlando, Fla.

He said that events like these that are based on bias can be prevented through the church.

"I believe the issue of racism is from Satan and his demonic forces of hell," Floyd said.

"We are not black churches, white churches, Hispanic churches or Asian churches," he said. "We are the church of Jesus Christ."

Floyd also said more political discussion on racial discrimination is needed if the problem within the country is to be corrected.

"The silence of both parties has been deafening," he said. "This cannot be."

Members of the panel on racial unity, which included Fred Luter, the first black Southern Baptist Convention president, said that racial tension is an matter of sin.

David Um, a pastor at Antioch Baptist Church in Boston and a Massachusetts Institute of Technology chaplain, reiterated these statements and said that the students he teaches are blind to their personal bias.

Kenny Petty, another panel member and the pastor of the Gate Church in St. Louis, referred to racial discrimination within his church as an infection that leaders are working to cure.

"There has been some healing, but there is a long way to go," Petty said. "The infection didn't just stop at the doorstep of the culture, but it was in the church."

The Southern Baptist denomination was founded in 1845 in a division with Baptists in the North over the issue of slavery.

Tuesday's discussions at the business meeting came after two days of early meetings of Hispanic, black and Asian Baptists in which executive leadership encouraged minority-group members to get more involved in the convention.

Frank Page, president and chief executive officer of the executive committee for the convention, spoke at the business meeting about one of the ways more members of minority groups are finding a stronger voice in the convention -- through a multicultural advisory council.

A 2014 study from the Pew Research Center showed that 85 percent of the nearly 2,000 Southern Baptist members surveyed were white.

A similar 2007 Pew study also showed that 85 percent of Southern Baptists were white.

The largest minority group was the black population, at 6 percent. Hispanics represented 3 percent and Asians were less than 1 percent, according to the 2014 study.

The remaining 5 percent were mixed race or marked as "other."

The Southern Baptist Convention has a membership of about 15.3 million, according to the most recent Annual Church Profile report.

Floyd said that if church members choose not to address the racial discrimination in the United States and in the church, they face losing their influence as the largest Protestant denomination in the U.S.

"Silent denominations die, and their message dies with them," he said.