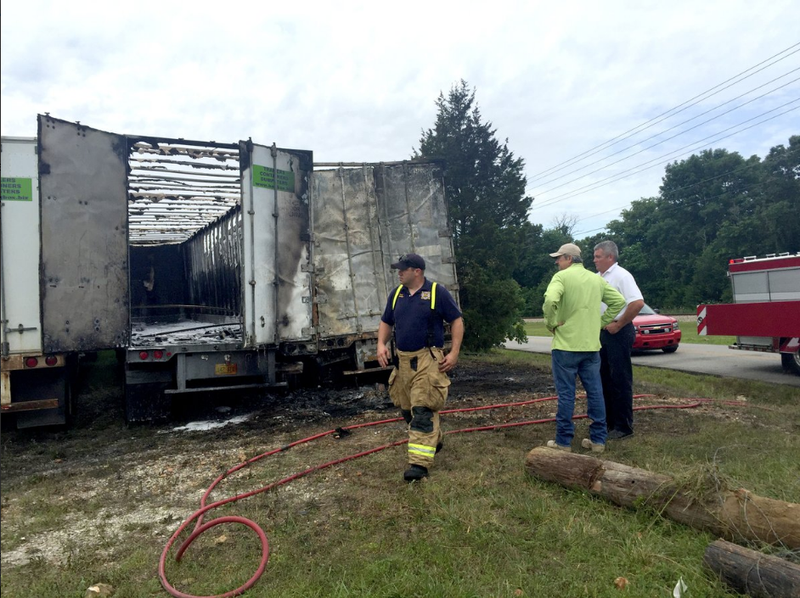 The scene of a fatal wreck Friday in Rogers.

One person was killed in a single-vehicle crash in Rogers early Friday morning.

The Rogers Police Department responded to the area of North Arkansas Street and East Walker Road about 3:45 a.m., according to a police news release.

An initial investigation indicates the vehicle was traveling south on Arkansas Street at a high rate of speed when it left the east side of the road and collided with several fence posts, the release stated.

The vehicle stopped after it collided with a trailer and caught on fire with the driver still inside.

The driver has not been identified. The body has been sent to the state Crime Lab in Little Rock for identification.

The investigation is ongoing, the release states.