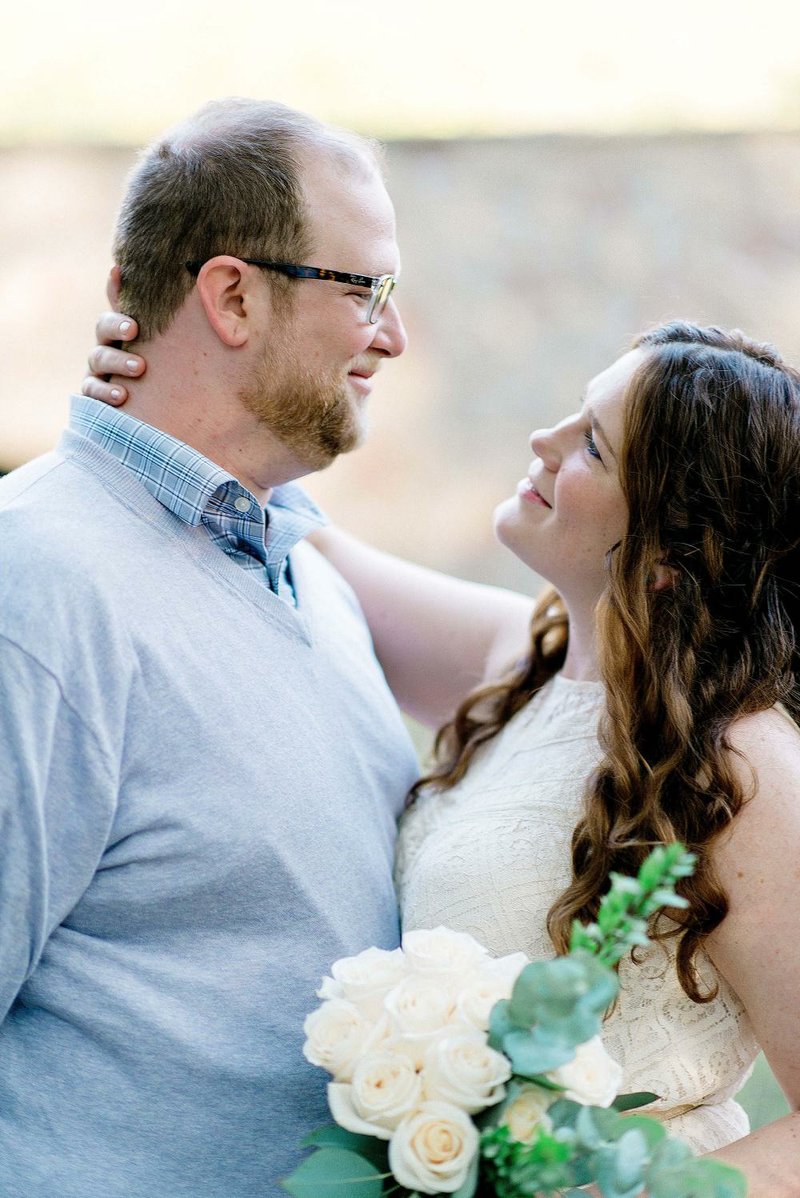 The bride is the daughter of Kathleen Chandler Tanner of Little Rock and Susan Detrick and Richard Russell Tanner of Sherwood. She is the granddaughter of Joy and James Blacklock and Mary Theresa and the late Adolph Chandler, all of Little Rock, and Retha and Samuel Tanner of Maumelle.

The bridegroom is the son of Cynthia Silverman and Steve Allnutt of Anaheim, Calif., and Lisa and Steven Silverman of Los Angeles. He is the grandson of Judy and Don Silverman of Las Vegas and the late Carol Fay and John Elmer Hausner.

The ceremony was decorated with arrangements of wedding flowers in shades of blue. Music was by guitarists Thomas Tanner, brother of the bride, and Robert Tanner, uncle of the bride.

Given in marriage by her father, the bride wore a scalloped lace ballgown with an asymmetrical overlay and chapel train. Her chapel-length veil was secured with a white floral crown and she carried a blue, purple and yellow bouquet of ranunculus, allium and scabiosa.

Serving as the bride's honor attendants were Katelyn Cartwright Johnston and Mary Rachel Tanner, sister of the bride, both of Little Rock. Bridesmaids were Dayna Cionti of Ventura, Calif.; Ann McGill of Florence, Italy; Grace Spivey of Seattle; Lauren Lusk of Midland, Texas; and Jessica Stahl of Hendersonville, Tenn., cousin of the bride.

They each wore a gown of a different style in a shade of blue, and green floral crowns. Their green and white bouquets were filled with cornflowers, genista and ranunculus.

Flower girls were Ella Stahl of Spring Hill, Tenn., and Damaris Spivey and Gabrielle Spivey, both of Seattle. Ring bearers were Vittorio Cionti of Ventura and Cameron Stahl of Hendersonville.

Matthew Silverman of Los Angeles was his brother's best man. Groomsmen were Ronald Morgan of Lake Forest, Calif.; Zachary Pope of Burbank, Calif.; and Tyler Leubner of Belpre, Ohio. Guests were seated by William Tanner of Little Rock and Richard Tanner of Bryant, brothers of the bride.

A reception at the farm followed the ceremony.

The bride has a bachelor's degree in theater from California State University at Northridge, and is a member of the Actors Equity Association. She is an education associate at Arkansas Repertory Theatre.

The groom has a bachelor's degree in sociology from the University of California at Irvine and is an adjudicator for the Social Security Administration.

The couple will make their home in Little Rock and plan a delayed wedding trip to Greece and Italy.