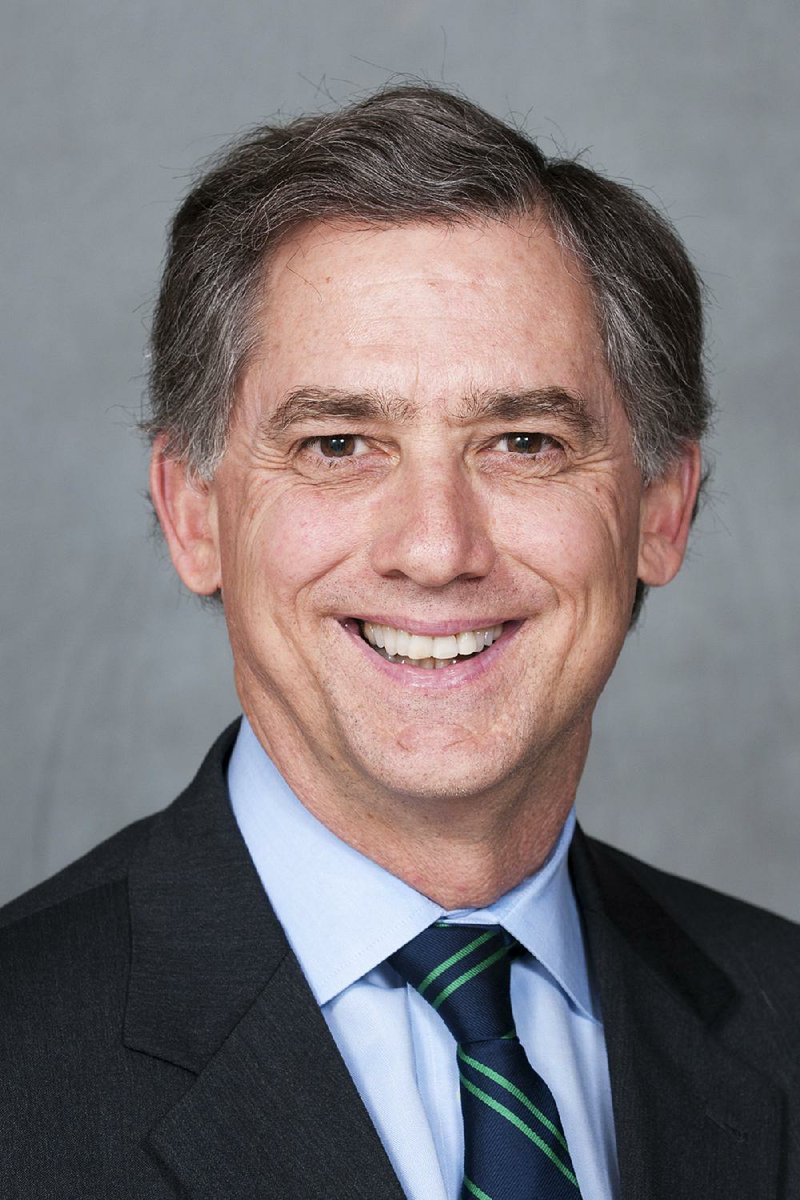 A long-shot candidacy by Brock Olree of Searcy did not gain enough traction Tuesday in the Republican primary to topple 2nd Congressional District incumbent French Hill of Little Rock. 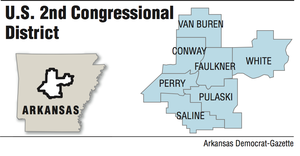 As a result, Hill will face Dianne Curry, a Democrat, and Chris Hayes, a Libertarian, in the Nov. 8 general election. The victor will represent Van Buren, Conway, Faulkner, White, Perry, Pulaski and Saline counties in the U.S. House of Representatives.

Hill said he would focus on economic opportunity -- along with the nation's debt and national security -- in the general election.

"I think Americans are really frustrated," he said in an interview. "In this congressional district there are only 1,500 more people employed ... than in July of '07. So I think economic opportunity, sales growth flat, wages flat, have created lots of concern."

With all 390 precincts reporting, unofficial returns were:

The Associated Press called the race for Hill at around 9 p.m.

"I want to thank Mr. Hill for a civil campaign, and I want to thank my supporters," Olree said in an interview. "I'm interested in working on the issues that I care about whether or not I'm running for public office."

In addition to votes, Hill had far more campaign cash on hand.

He had raised more than $1 million for his campaign -- $552,995 in individual contributions and $472,427 in committee contributions, according to Federal Election Commission filings.

Olree had raised about $16,747. He contributed $1,504 to his campaign, took out a $15,000 loan and has reported $243 in individual contributions. During the race, he criticized Hill for accepting donations from political action committees.

At the time, Hill said he wasn't surprised business groups support him.

"I've spent 35 years in business supporting what I consider a pro-job, pro-growth platform of things that include tax reform, and market openings for American exports, and a lighter regulatory burden," he said.

The 37-year-old said he ran because Hill voted to give the president negotiating authority for the Trans-Pacific Partnership, a 12-nation trade agreement affecting more than 18,000 taxes and tariffs.

"I still believe that trade is very important for getting jobs back to this country, and I would like to see people become more aware of the Trans-Pacific Partnership and other trade plans," he said. "I hope that people will be involved and express their opinions to the candidates and whoever is in office on that subject."

Olree did not rule out running again in the future.

Hill was the founder, chairman and chief executive officer of Delta Trust & Banking Corp. until 2014. He is now a full-time congressman. He holds a bachelor's degree in economics from Vanderbilt University.

The 59-year-old said his experience as a businessman, his federalist philosophy and his focus on reducing spending are a good fit for central Arkansas. When government gets out of the way, businesses thrive, he said.

John Moritz of Arkansas Online contributed to this article.