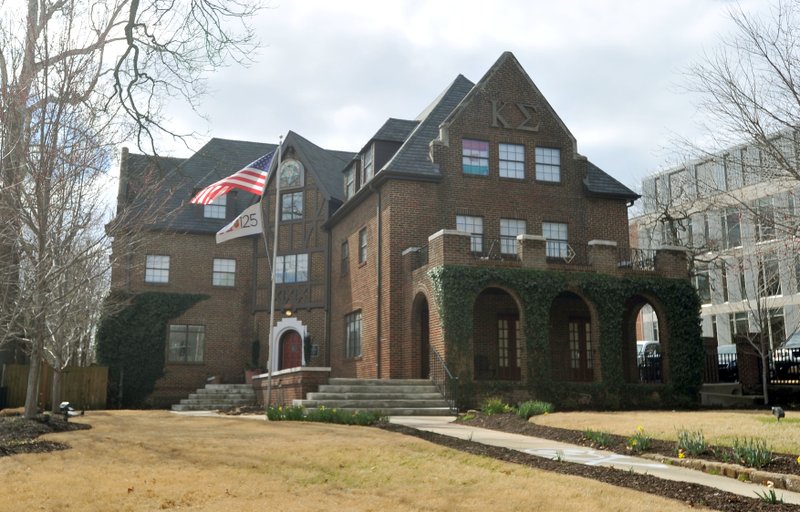 The Kappa Sigma fraternity house at the University of Arkansas in Fayetteville.

FAYETTEVILLE -- The headquarters of the Kappa Sigma fraternity has suspended its University of Arkansas at Fayetteville chapter -- the largest fraternity at UA -- pending an investigation into unspecified allegations.

"The Kappa Sigma Fraternity has received information alleging behavior occurring at our Xi Chapter at the University of Arkansas that is inconsistent with our Code of Conduct," the organization said in a statement released Wednesday.

The fraternity at UA has about 281 members, according to Parice Bowser, UA's Greek Life director. It was established at UA in 1890. Dallas Cowboys owner Jerry Jones and architect Fay Jones, for whom the UA architecture school is named, are among the notable names associated with the UA chapter of the fraternity.

Rusty Jackson, the fraternity's chapter president, said the group "has no comment until we meet with the national fraternity, and then they will send out a report," adding, "we don't know what's going on."

Flanagin said he was not aware of any current problems with the chapter, such as probation or university sanctions.

In November 2013, UA found the group responsible for hosting an unauthorized function.