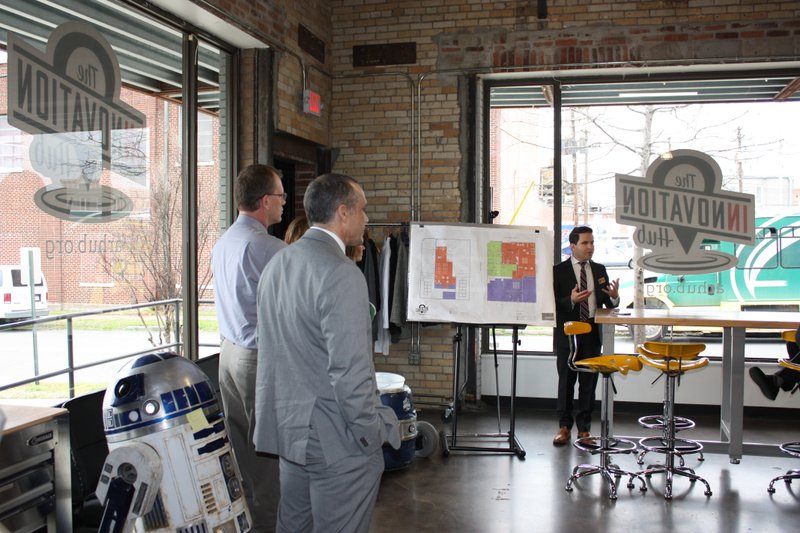 State Rep. Warwick Sabin, who is also the executive director of the Arkansas Regional Innovation Hub, said he hoped the new center would help stop entrepreneurs from leaving Arkansas.

"It can be a powerful thing for Arkansas to develop our talent locally and to maintain our talent," Sabin said. Alluding to the founder of Facebook, he added, "We want to have that [Mark] Zuckerberg story."

Sabin, who represents House District 33 in Little Rock, said he operated the nonprofit from home before the first part of the center opened in January on East Broadway.

With its staff of 11, the center held an open house Thursday showcasing the new building's resources, which include a printmaking studio, 3-D printers, a working space for entrepreneurs and education classes.

"There really isn't any business or kind of idea that we cannot accommodate in some way," Sabin said.

Half of the $2.5 million cost to renovate and equip the former lumber company headquarters into the new center was paid for with public funds, Sabin said. The largest grant, $1 million, came from the U.S. Economic Development Administration.

Sabin said that there are around 120 projects "in various stages of development" by the center's 175 members.