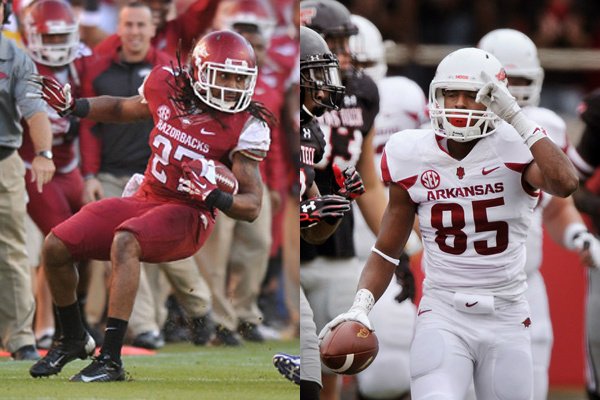 Former Arkansas defensive back Alan Turner (left) and wide receiver Demetrius Wilson (right) have signed to play the 2016 season for the Parma Panthers of the Italian Football League.

A pair of former Arkansas players have signed to play football in Italy.

Defensive back Alan Turner and wide receiver Demetrius Wilson will play for the Parma Panthers of the Italian Football League in 2016.

Parma is the team featured in "Playing for Pizza," a 2007 novel by John Grisham, a native of Arkansas.

Another team in the league, the Milano Rhinos, is led by College Football Hall of Fame coach Chris Ault, who created the Pistol Offense during his 28-year career at Nevada.