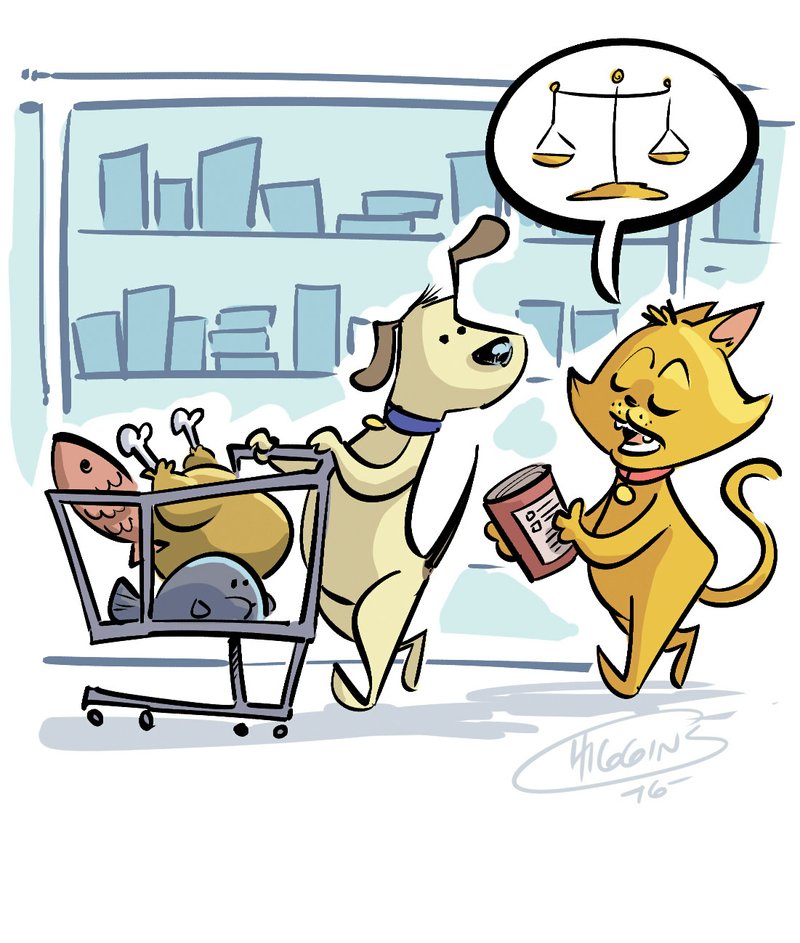 Please tell people what food isn't good for their pets. I know someone who feeds her dogs and cats nothing but canned salmon, tuna and chicken -- no dog or cat food. I am worried those animals aren't getting proper nutrition. Thank you so much.

Dogs and cats need a diet that's balanced in protein, fats, carbohydrates, vitamins, minerals and water. What they eat also has to meet their specific daily needs for calories, which can differ based on age, health and activity level.

Cats and dogs have different nutritional requirements, but a diet that consists exclusively of canned fish or meat isn't recommended for either species. Veterinary clinical nutritionist Cailin Heinze, an assistant professor at Cummings School of Veterinary Medicine at Tufts University, says such a diet can lead to a variety of problems.

"The main issue is that canned salmon, tuna or any other canned meat -- this goes for canned chicken, canned bison, canned duck -- if they don't have supplemental vitamins and minerals added, then feeding that as a regular part of the diet has the potential to lead to pretty serious nutritional deficiencies," says Heinze, who is certified by the American College of Veterinary Nutrition. "Dogs and cats can look super healthy but have problems going on underneath. A lot of nutritional problems are really subtle until they are catastrophic."

In cats, the main deficiencies are taurine and thiamin, she says. Taurine is an amino acid that's necessary for healthy body functions. Thiamin, or vitamin B1, plays a critical role in carbohydrate absorption.

Dogs have other issues. They typically won't suffer from lack of taurine because their bodies produce what they need, but they are susceptible to problems if they don't get enough thiamin in their diets. Heinze explains, however, that cats need three times more thiamin than dogs. For a dog, a canned fish or meat diet can result in a low calcium to phosphorous ratio. Such a diet may also lack essential nutrients such as copper, zinc, iron and vitamin A.

She says there are many reasons that "any kind of meat -- or any meat plus any kind of carbon vegetable -- without vitamin and mineral supplements is not a complete and balanced diet. That goes for whether you're feeding it out of a can or are home cooking it. If you feed chicken and rice to your dog for a long time, your dog will get sick."

Heinze notes that simply adding vitamins formulated for pets to a diet of canned fish or homemade food won't transform it into a balanced diet.

"The vitamin and mineral supplements sold for pets are intended to be fed on top of a commercial diet so they have low levels of toxicity," she says.

Another problem with feeding pets canned fish or meat is that pet owners generally are giving them only "muscle meat," Heinze says, adding that muscle meat doesn't contain all the vitamins and minerals an animal needs.

As an example, she explains that for a meal of fish to be more nutritionally complete, a person would have to feed his pet an entire fish.

"That's every part of the fish, including the organs," she says. "None of us do that."

Also, the fish would need to be cooked, which would decrease nutrient levels.

While there's no doubt a pet would suffer nutritionally from any kind of diet that depends on only one or two things, the health problems may not be visible or noticeable immediately, she says. The exception is a taurine deficiency, which can affect a cat quickly; lack of taurine can cause blindness and severe heart disease.

"A cat would die of taurine deficiency," Heinze says. "In the dog, you would be more likely to see a calcium deficiency, so they develop osteoporosis and their bones break. They develop fractures. You also see anemia or not enough red blood cells because they don't have enough zinc or copper. ... There's a whole host of things."