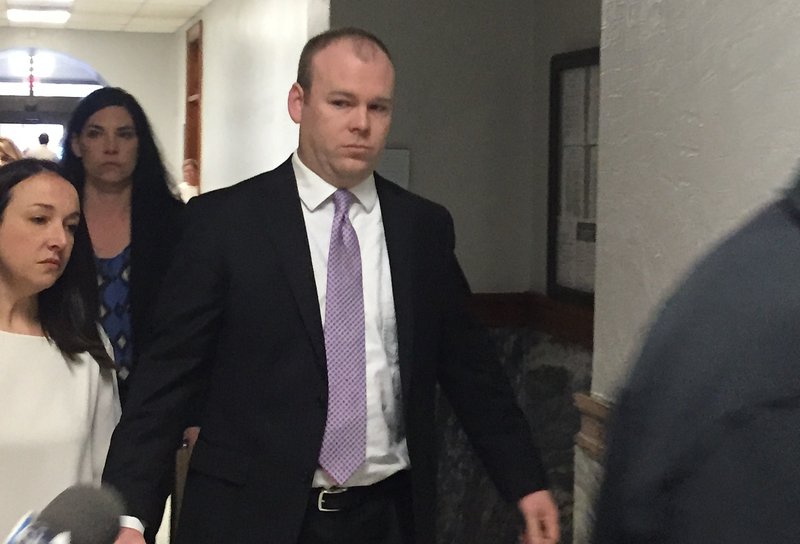 Suspended Garland County Circuit Court Judge Wade Naramore entered an innocent plea in his first appearance Friday in the death of his son in a hot car last July. Naramore faces a charge of negligent homicide.

HOT SPRINGS — Suspended Garland County Circuit Court Judge Wade Naramore on Friday pleaded innocent to a misdemeanor in the hot-car death of his son, requesting a trial date in June.

Friends and family packed half the courtroom for the initial appearance.

After the hearing, Special Prosecutor Scott Ellington said no request had been made by the defense to move the trial due to heavy media coverage. He said attorneys would work to find unbiased jurors in Garland County.

Naramore declined to comment to reporters as he walked in and out of the courtroom. As he left, several of his supporters linked arms and stood in front of TV cameras, blocking their view of the judge.

As Naramore left the courtroom down the stairs, several reporters got into an elevator to reach him on the ground floor, and family members attempted to block cameramen from coming into the same elevator.

In the scrum of supporters and cameramen, KARK-TV reporter Marci Manley was pushed to the ground of the elevator, and a woman blocking the elevator began calling one of the cameramen a bully.

No complaints were filed with police or the courthouse, officials said.

HOT SPRINGS — A suspended Arkansas judge is due in court on a negligent homicide charge after his son was found dead in a hot car last summer.

Garland County Circuit Judge Wade Naramore was charged last month in the July 2015 death of his 18-month-old, Thomas. His plea hearing and arraignment are set for Friday.

Arrest records say Naramore told investigators he forgot to drop his son off at day care and left him in the back seat of a hot car for about five hours. The child died at the scene.

If convicted, Naramore could be jailed for a year and fined $2,500. The state Supreme Court has suspended Naramore temporarily, pending the outcome of the case.

Naramore's lawyers say the incident was "a tragedy but not a crime." 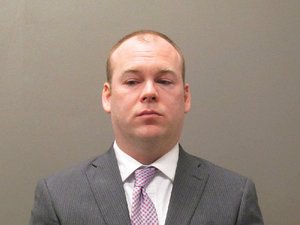