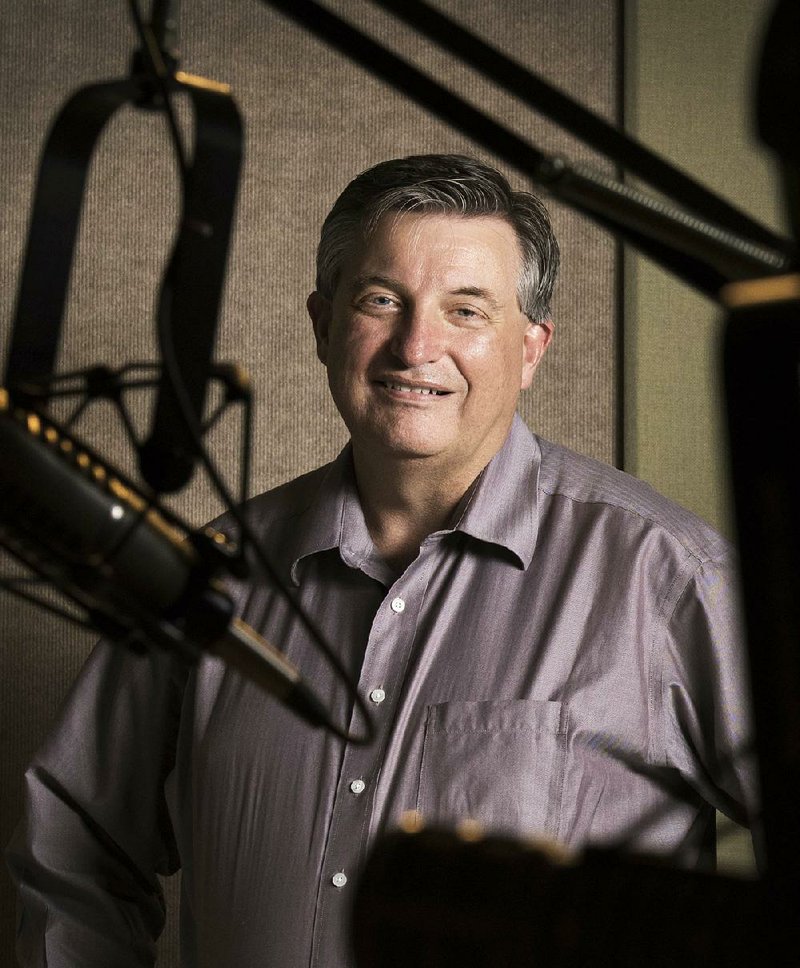 Fry, 54, died of an apparent heart attack in his sleep Wednesday night, according to his wife, Karen Fry.

Nathan Vandiver, program director for KUAR-FM, 89.1, and KLRE-FM, 90.5, said Fry was compassionate and never raised his voice, even in the most difficult of situations. He recalled a day in April 2011 when he had to tell Fry that a building on Shinall Mountain, where the stations' transmitter was housed, had caught on fire.

"He was calm," said Vandiver, who was named acting general manager Thursday. "He knew how to delegate."

Fry also saw the potential in his staff.

"He was willing to listen to his employees and let them lead when he saw something in them that indicated that they had promise," Vandiver said.

Fry was a UALR graduate and went to work for KUAR/KLRE in 1988, serving as news and information director and program manager before becoming general manager in 1995.

Rick Stockdell, a longtime friend and manager at the University of Arkansas at Fayetteville's KUAF-FM, 91.3, said Fry "lived and breathed" public radio and was a great sounding board.

"Public radio is just a little dimmer at the moment, because he contributed a lot to the two stations in Little Rock and to the audience in Little Rock," Stockdell said.

Fry was spearheading the launch of Natural State News, a statewide news service that will focus on reaching rural areas of the state. KUAR is scheduled to be the lead station for the four-station collaboration, made possible by a $278,300 grant from the Corporation for Public Broadcasting.

Two of KUAF's on-air personnel, Kyle Kellams and Jacqueline Froelich, had talked to Fry about the project as late as Wednesday evening, Stockdell said.

In an audio post on KUAR's website early Thursday, news director Michael Hibblen struggled to tell listeners that Fry had died and what he had meant to the station.

"This is an extremely sad and difficult day for us here at KUAR public radio," Hibblen said, his voice cracking.

"Ben was the glue that held this place together," he said.

In addition to his work with the radio stations, Fry taught as an adjunct professor in the mass communication department and worked with UALR TV.

"He was a dedicated radio professional who also loved to teach and to provide students with the opportunities to learn through involvement," said Lisa Bond-Maupin, founding dean of UALR's College of Social Sciences and Communication.

Karen Fry said her husband got his first on-air job at age 16 at KWYN-AM, 1400, in his hometown of Wynne.

She described him as "a connector" who brought people together.

"It was interesting how he got film people together along with academic people and radio people along with film people," she said. "He was good at involving people."

Fry taught classes in motion picture history, criticism and screenwriting, and served as the coordinator of film studies. His wife credited him with putting together the film minor at UALR.

He also made presentations about motion pictures at several local events and wrote articles about Arkansas film history for the Encyclopedia of Arkansas Heritage and Culture, according to the stations' website. Fry hosted a movie show, Home Fry-ed Movies, on UALR TV, screening public domain movies and providing commentary.

In addition to Karen, his wife of 30 years, Fry is survived by a daughter, Sarah, and a son, Sam, both of whom are in college.

Fry was actively involved in St. James United Methodist Church in Little Rock, where a memorial service for him will be held at 11 a.m. Monday.