Ties better, but Cuba has past of U.S. spies 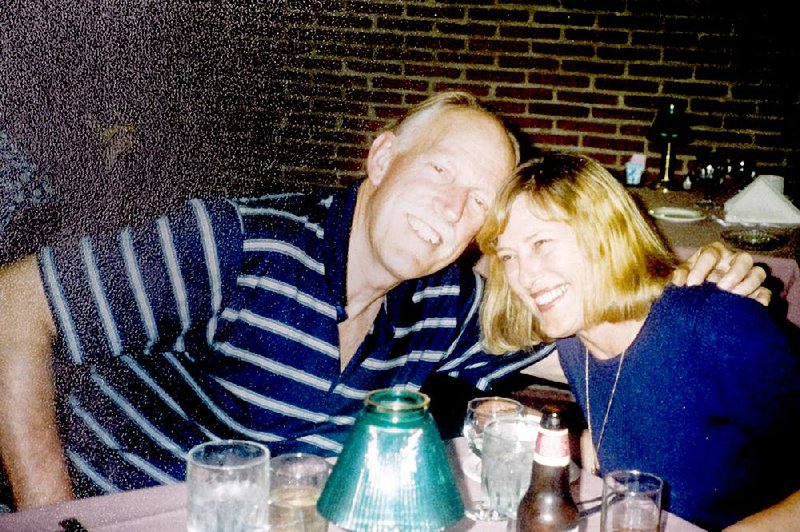 State Department intelligence analyst Walter Kendall Myers and his wife, Gwendolyn, pose for a photo in 1997 at his son’s wedding. Recruited to spy for Cuba in 1978 (he was agent 101, she was agent 123), they were convicted on espionage charges in 2010.

Though the United States has restored diplomatic relations with Cuba, and President Barack Obama is planning to visit the island later this month, it's unclear whether the two countries have declared a truce in the spy wars they have waged for more than 50 years.

Members of Congress have warned the Obama administration that allowing Cuba to operate an embassy in Washington and consulates throughout the country will make it easier for Havana to deploy spies and agents in the United States.

"We are all too familiar with the Castro regime's efforts to utilize their diplomats as intelligence agents tasked with the goal of committing espionage against the host countries," according to a letter sent in 2015 to the State Department by five Cuban-American lawmakers and presidential candidate Ted Cruz, R-Texas.

Since Fidel Castro seized power in January 1959, and over the next five decades, Havana built one of the world's most active intelligence services -- one that sent spies and agents to penetrate the highest levels of the American government and some of the leading Cuban exile organizations.

Some of the biggest crises in U.S.-Cuba relations can be traced to the involvement of Cuban spies and agents, including the downings of two Brothers to the Rescue planes, the theft of U.S. military secrets at the Defense Intelligence Agency, spying on U.S. military facilities in south Florida and the infiltration of leading Cuban exile organizations in Miami by members of the now-defunct Wasp Network.

"I believe the main reason that Cuban intelligence was so exceptionally successful for so many years is because the supreme Cuban spy master was Fidel Castro himself," said Brian Latell, a former CIA official who in 2012 published the book Castro's Secrets: Cuban Intelligence, the CIA and the Assassination of John F. Kennedy, a history of Cuban espionage against the United States. "Intelligence operations were always among his highest priorities," Latell said.

While some Cuban spies have become well-known -- such as the five intelligence officers caught, tried and convicted for belonging to the Wasp Network that spied on military facilities in south Florida and infiltrated exile groups -- other agents have operated in obscurity. Still others have been suspected -- but never confirmed -- as Cuban agents, including Lee Harvey Oswald, who assassinated President Kennedy.

Almost every decade, U.S. authorities have uncovered Cuban espionage or terrorist plots within the United States.

One of the first confirmed espionage and sabotage attempts took place in 1962 -- just after the Cuban missile crisis.

FBI agents thwarted the alleged plot that involved setting off explosives at various department stores in New York City and oil refineries in New Jersey, according to a New York Times article published on Nov. 19, 1962.

Three of the suspects -- Roberto Santiesteban Casanova, Jose Gomez Abad and his wife, Elisa Montero de Gomez Abad -- were attached to the Cuban mission to the United Nations. Though Cuba denied the diplomats' involvement in the plot, a year later Santiesteban was freed and allowed to return to Cuba as part of an exchange for Americans held on the island. The Abads had been freed and kicked out by the State Department soon after their arrests.

In the 1970s, U.S. intelligence officials suspected that Cuban spies helped finance the activities of militant groups such as the Black Panther Party and Black Liberation Army.

One of the best-known black militants from that era, Assata Shakur, also known as JoAnne Chesimard, fled to Cuba in 1984 after escaping from prison. She is still in Cuba.

In 1978, Walter Kendall Myers, then a young State Department contract employee, visited Cuba and was recruited as an agent. He was designated agent 101. His wife, Gwendolyn, became agent 123. Myers climbed in the ranks of the State Department to become a State Department intelligence analyst. For three decades, the couple relayed secret information to their Cuban control officers via shortwave radio and encrypted electronic messages. Gwendolyn was in charge of transmitting the secrets to Cuba.

Cuban espionage against the United States intensified in the 1980s when President Ronald Reagan stepped up rhetoric against Cuba at the height of the Cold War.

Also in 2002, U.S. investigators learned that Montes had been recruited as a Cuban agent by a fellow student, Marta Rita Velazquez, at Johns Hopkins University School of Advanced International Studies in Washington, who later worked for the State Department. Velazquez has since been indicted but not prosecuted because she lives in Sweden, which does not allow extradition for spying.

In the 1990s, Cuban espionage within the United States intensified further after exiles began a series of anti-Castro raids and sabotage missions against the island in the belief that the fall of communism in Eastern Europe would hasten the downfall of the Castro regime.

Cuba sent intelligence officers to south Florida, where they gradually built the Wasp Network of spies, one of the most elaborate foreign espionage systems ever discovered in the United States.

Wasp Network members managed to infiltrate Brothers to the Rescue, Alpha 66 and other exile groups, and spied on U.S. military facilities in south Florida. While the group was discovered in 1998, its members had been active for years. For example, the network's information helped the Cuban government down two small planes belonging to Brothers to the Rescue in which four Cuban exiles were killed in 1996.

"One of the most painful moments was to hear the tape of the pilots seeking orders to shoot down the small planes and how they rejoiced when they announced that they had shot them down," said Maggie Alejandre Khuly, sister of Armando Alejandre. "I went to the trial every day, and in order to bear the pain I wrote a lot. That way I was able to distance myself from what was happening, the lies and the surprises, the horrors which until that moment had been unexpected."

Alejandre Khuly said the victims' families felt vindicated when the sentences were announced against the spies.

"Of course, everything changed on December 17, 2014, and we don't know exactly how we are going to continue fighting, but we will. We will not forget Carlos, Armando, Mario and Pablo."

The families now hope that eventually the MiG pilots -- twin brothers Lorenzo Alberto Perez Perez and Francisco Perez Perez -- and then Cuban air force chief Gen. Ruben Martinez Puente -- will be brought to trial in the United States. A U.S. grand jury in Miami indicted the pilots and Gen. Martinez Puente in 2003.

Though more than two dozen people worked in the Wasp Network, in the end only five leaders were prosecuted and convicted in Miami: Antonio Guerrero, Rene Gonzalez, Fernando Gonzalez, Gerardo Hernandez and Ramon Labanino.

In 2002, four Cuban diplomats were expelled for activities deemed harmful to the United States. One of them was Gustavo Machin Gomez who joined the Cuban negotiation team on restoration of relations and was received at the State Department in February 2015, according to the letter released by the U.S. lawmakers.

In 2003, 14 more Cuban diplomats were kicked out, including Jose Anselmo Lopez Perera, husband of Josefina Vidal, who headed the Cuban team that brought about restoration of relations.

In 2006, Florida International University professors Carlos and Elsa Alvarez were arrested and later pleaded guilty in connection with a Cuban espionage case. In 2007, Carlos Alvarez was sentenced to five years in prison, and Elsa Alvarez to three years.

Better relations with Cuba may not mark the end of the spy wars.

Print Headline: Ties better, but Cuba has past of U.S. spies