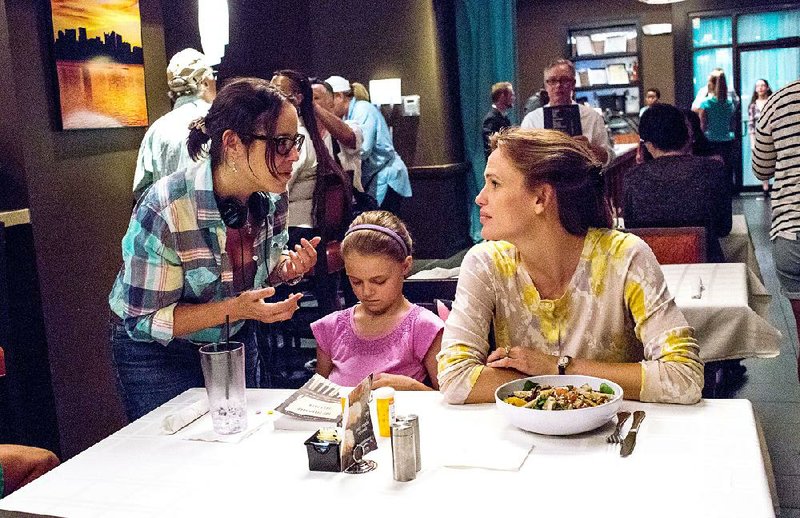 Christy Beam (Jennifer Garner) and her daughter Anna (Kylie Rogers) are the beneficiaries of an inexplicable phenomenon in the faith-based drama Miracles From Heaven.

It passeth all understanding how a potentially inspiring story like that of Anna Beam can morph into an annoyingly manipulative film like Miracles From Heaven. It's a rare movie that makes the audience giggle when a child faces imminent danger.

Screenwriter Randy Brown (The Trouble With the Curve) and director Patricia Riggen (Under the Same Moon, The 33) have difficulty settling on an appropriate tone or deciding what parts of Anna's inherently dramatic life to include or discard.

Rating: PG, for thematic material, including accident and medical images

It's fitting that The Trouble With the Curve was about baseball, because the new film makes the audience feel toward the characters the way a batter who has learned all the catcher's signals feels about the opposing team. There's a sense of premonition and condescension that arises because little in the movie surprises. That's bad for a movie about a phenomenon that medical science is apparently unable to explain.

Based on the book her mother, Christy Beam (Jennifer Garner), wrote, the movie follows Anna as she suffers from a rare digestive condition. Naturally, she develops it, for narrative convenience, right after her father, Kevin, (Martin Henderson) has taken out a steep loan to start an enormous veterinary clinic in Texas. Of course, his timing couldn't be worse.

Anna (Kylie Rogers) has a nervous system that is incapable of communicating with her intestines. It's as if her digestive organs are paralyzed.

Her condition is so rare that the one pediatric gastroenterologist who can treat her, Dr. Nurko (Eugenio Derbez), has a waiting list that won't be open for months or years. It doesn't help that he's based in Boston.

Christy refuses to put up with the red tape and gate- crashes Dr. Nurko's office and manages to get on his patient list. Sadly, the physician, who has a great bedside manner, can't do much for Anna.

While he can't figure out how to fix her condition, we know she will eventually recover. As the title indicates, Anna isn't going to die, so there isn't much tension about the outcome.

To his credit, Brown does deal with the fact that inexplicable cures don't always come to decent folks who desperately need them and chides people who assume that misfortunes are an omen of bad character. It's also nice to see veteran character actor John Carroll Lynch as the Beams' pastor. Letting him deliver a low-key sermon is about as close as Miracles From Heaven gets to entertainment value.

To fill the time, Riggen and Brown add some musical interludes (the Beams' church is cursed with some dull music) and a friendly Bostonian (Queen Latifah) who leads Christy and Anna around Beantown. Latifah's time is short, but if these scenes were cut, the film wouldn't be any better or worse.

In addition to treating viewers to a tepid story, Riggen also gives viewers a glimpse of the hereafter. Actually, it looks like a candy-colored, pixelated version of My Little Pony. While the budget for Miracles From Heaven was modest, it's still inexcusable to see a film with visuals that viewers could make for themselves on an iPhone.

While I'm happy that Anna and her family are doing well, it's too bad that the movie that's based on their lives seems less than miraculous.