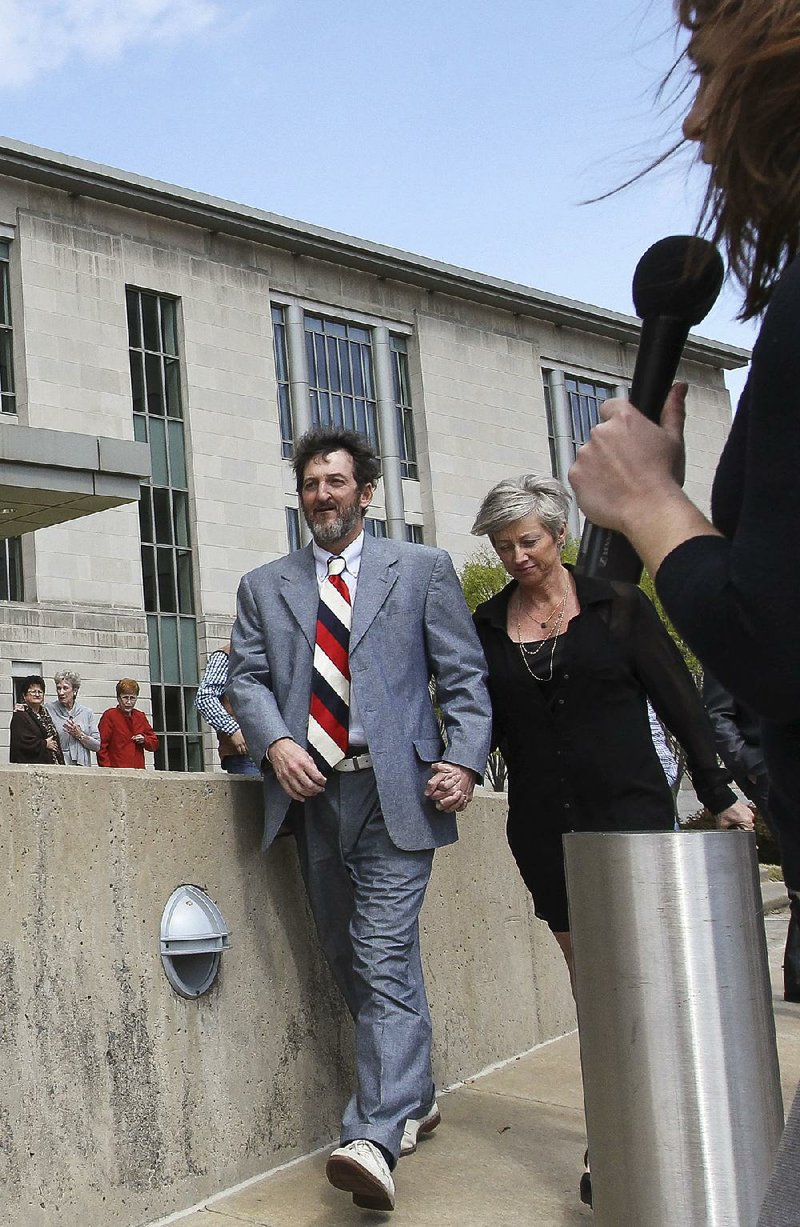 A federal judge on Thursday sentenced Michael Maggio to the maximum 10 years in prison for accepting a bribe in a lawsuit against a nursing home and likened the ousted jurist's actions to those of a drug dealer but worse. 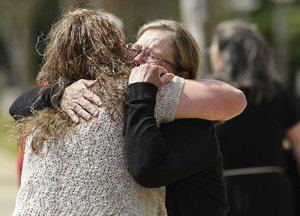 Referring to sentencing guidelines that recommended 51 to 63 months in prison, Miller told Maggio, "That's just not enough." Instead, Miller opted for the maximum incarceration time allowed by federal law, which does not provide for parole.

What Maggio did, Miller said, "was crooked."

Noting he frequently sends drug dealers to prison for five, 10 or even 20 years, Miller said, "I asked myself, during the drive over today from Helena, which is worse -- a dope dealer or a dirty judge?"

Miller said he concluded, "There's no question a dirty judge is more harmful to society than a dope dealer."

Maggio, a former judge in the 20th Judicial Circuit, made no statement before sentencing or as he left the courtroom with his attorney, James Hensley Jr. of Conway.

Miller also sentenced Maggio, 54, to two years of supervised release but neither fined him nor ordered restitution, despite a request by federal prosecutors that Maggio be ordered to pay $4.2 million in restitution to the family of Martha Bull, the Perryville woman whose death in a Greenbrier nursing home led to the negligence lawsuit at the root of the bribery case.

In pleading guilty Jan. 9, 2015, Maggio admitted he had lowered a Faulkner County jury's $5.2 million judgment in 2013 against the nursing home to $1 million in exchange for the bribe.

That agreement also implicated the nursing-home owner and a fundraiser and lobbyist for Maggio's 2014 campaign for the Arkansas Court of Appeals but did not identify them by name.

Two of Bull's daughters have sued Michael Morton, who owns the Greenbrier nursing home, and former state Sen. Gilbert Baker, who helped with Maggio's campaign. The daughters contend the men conspired to funnel contributions to Maggio's campaign in exchange for a reduced judgment in the negligence case.

Dressed in a gray suit, a red, white and blue tie and white shoes, Maggio requested assignment to the federal prison in Texarkana. That decision is up to the U.S. Bureau of Prisons.

Although Hensley asked that Maggio be given 90 days to get his affairs in order before reporting to prison, the judge ordered Maggio to report in 60 days -- by 2 p.m. May 23.

The Arkansas Supreme Court ordered Maggio removed from office permanently in September 2014 but over unrelated problems that included online comments he had made about a wide range of topics, among them divorce, bestiality, race and sex. He even spoke of a legally confidential adoption case involving actress Charlize Theron.

Contention surrounding those comments and the campaign contributions, made through political action committees, first surfaced in March 2014 with reports in the Blue Hog Report blog.

Maggio ended up withdrawing from the appeals court race. He surrendered his law license after his guilty plea.

Dressed in black, Maggio's wife sat on a front bench behind the defense table Thursday. Other members of his family also were present as were members of Bull's family, who hugged one another after the sentencing.

"We're certainly appreciative of the good work by the government," said Thomas Buchanan, an attorney for Bull's family. "We're very grateful to the government and the FBI for what they've done."

In an emailed statement, Morton spokesman Matt DeCample said, "This sentencing does not change Mr. Morton's position. He has given honest answers to every last question that ​investigators have asked him. Morton has consistently stated that he did not bribe anyone, nor did he direct anyone to give a bribe."

Baker also has denied wrongdoing. Neither he nor Morton has been charged with a crime.

DeCample and Morton's attorney, John Everett, were in the packed courtroom Thursday. So was one of Baker's attorneys, Richard Watts, who declined comment afterward. Everett took notes during the hearing.

In an eleventh-hour motion, Maggio had recently accused his former attorneys of ineffective counsel and sought to withdraw the guilty plea. After Miller granted a limited waiver of attorney-client privilege to the former attorneys, Maggio's new attorney -- Hensley -- withdrew that argument. Miller rejected the plea-withdrawal motion.

Maggio was appointed to the 20th Judicial Circuit seat in 2001 by Gov. Mike Huckabee. The circuit covers Faulkner, Van Buren and Searcy counties.

In arguing for a low sentence, Hensley described Maggio as a good husband and father and said Maggio's children were in the courtroom "to see how the law works."

Hensley said Maggio had a "stellar reputation" as a judge and a lawyer, despite his ethical misstep.

Maggio has been subjected to a "media circus," Hensley said. "That wears down a person."

Maggio "has pretty well lost everything," Hensley said, noting that after prison he will have to start over without a legal career to fall back on.

"He's not going to have much of a life after this," Hensley said.

Maggio declined to make any comments on his own behalf during the hearing, citing "the advice of counsel," and Hensley told the judge, "I could put him on the stand and he wouldn't make it through two words. He'd be tearful."

Assistant U.S. Attorney Julie Peters argued that the case was "about the fair and impartial administration of justice."

"That is really what Mr. Maggio took away when he accepted the bribe," Peters said.

She said Maggio's actions insulted the integrity of the judicial system and that such actions have "a long-lasting impact on the public."

Peters noted that Maggio's children and other family members weren't the only ones present in the courtroom. Bull's daughters also were there and watching, she said.

Hensley did not immediately return a phone message seeking comment after the sentencing. The Associated Press reported that he said an appeal was likely.

Maggio had agreed to cooperate with federal prosecutors as part of his plea agreement. Prosecutors said, though, that he breached the agreement in January after he failed a polygraph test and soon quit cooperating with them.

The breached agreement led to a revised pre-sentencing report in February. It reflected a much tougher sentence than Maggio otherwise might have faced.

For more than a year, the FBI has been investigating contributions totaling $24,000 that Morton made to eight political action committees in the form of checks dated July 8, 2013. That same day, Maggio heard a plea from the nursing home's attorneys to lower the judgment in the negligence lawsuit. On July 10, 2013, Maggio cut the award. Seven of the eight PACs later gave money to Maggio's campaign.

Morton mailed those checks, along with a $100,000 donation, to the University of Central Arkansas Foundation in a package sent to Baker, who then was a top administrator at UCA. The university later returned the donation.